-SG- The 1927 Model 25 probably represents the pinnacle of desire for anyone with a fancy for Vintage OHV Nortons and here above is a catalogue illustration which owes some of its clarity to skilful retouching. 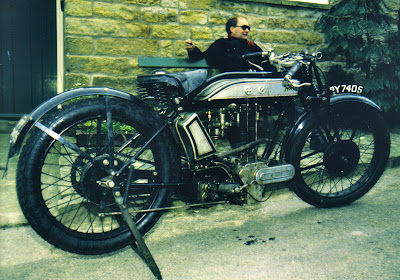 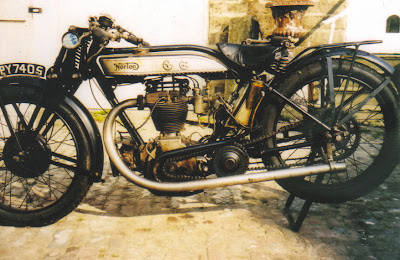 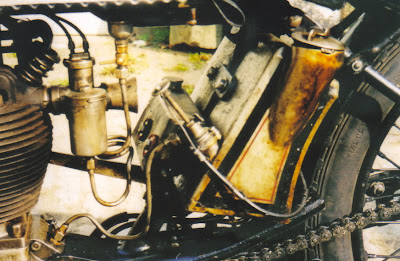 While marketed as a replica of the 1926 TT bikes, it actually fell somewhat short of the original TT specification.  It did have dry sump lubrication but mainshafts had reverted to the standard 22mm diameter (from 1") and while this may not seem a matter of much importance, bear in mind that the cross sectional area went down by 25% as a result!  Steel flywheels - as the TT bikes - were retained.  Standard cams seem to have been fitted to many of the Model 25s sold (rather than the longer dwell IT cams) while standard CS type gearboxes were also used extensively. Pannier tanks were fitted to a few machines but mainly the larger sized flat tank - with Dance knee grips and big filler cap -  was fitted along with a larger than usual oil tank.  Forks (heavy duty TT Webbs) and front wheel (8" Enfield) were  as the TT machines while the rear wheel was standard in most cases - ie with plain, not finned, brake drum.  And although the supplementary oil pump pedal (part 1115, below, from the 1925 parts list) appears in the illustration, this, too, appears not to have been fitted to all of the production versions. 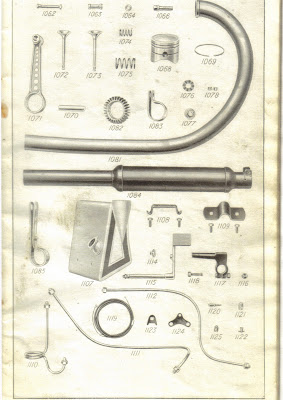 Not that many Model 25s have survived in UK and there are also a few replicas in existance....a timing side crankcase half from the dry sump Model 21 makes a good starting point in the absence of the real thing! (More pics of Tony's M25 via this link)
Newer Post Older Post Home