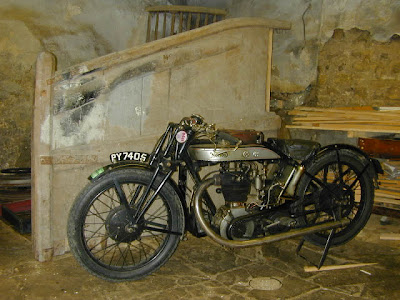 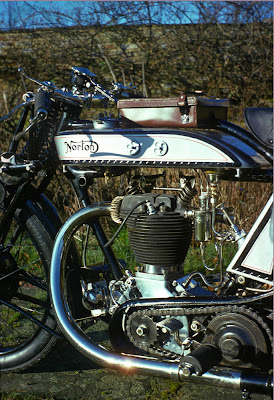 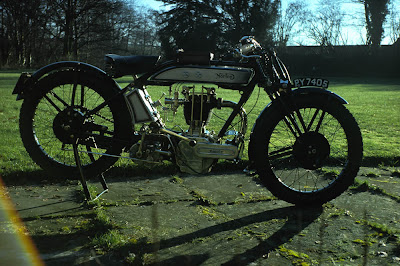 Tony from the UK sent these photo's of his stunningly beautiful 1927 Model 25 Norton. The M25 ranks amongst the most desirable flat tank Nortons. It has a highly tuned engine and is equipped with a 'semi-dry sump' lubrication. Note the chamber under the timing chest that contains the oilpump.

"I bought the bike in 1969 from its second owner. The bike was supplied new from Freddie Dixon of Middlesbrough. The first owner only used the bike for a fortnight before having a minor accident with a lady crossing the road on the seafront at Redcar. Dixon took the Norton back and the chap I bought it from owned it from then onwards. The outdoor photos were taken in about 1973 just after I'd restored the bike. The other photo was taken around 10 years ago and currently the Norton is in pieces having some work done but I hope to have it reassembled later this year."
Newer Post Older Post Home