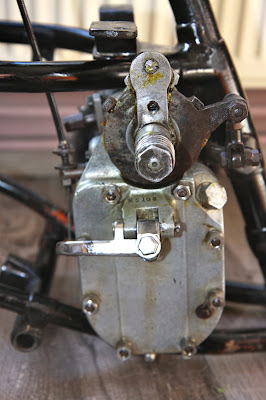 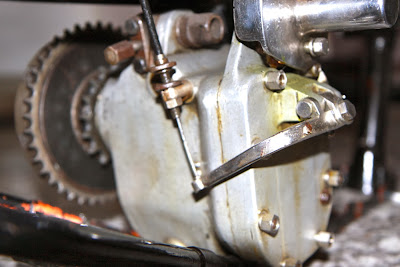 -SG- We mentioned in our recent posting about Sturmey Archer footchange mechanisms that the type NS three speed gearbox fitted to Marcel's 1930 TT spec. CS1 is rather special; because it appears only to have been used on a few the 1930 TT spec. bikes (including of course the works ones). Apart from Marcel's example, I know of only one other. 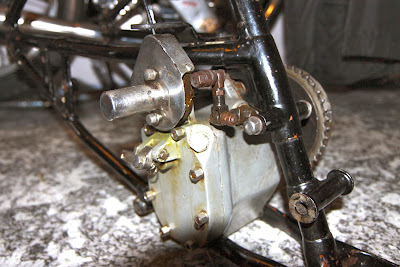 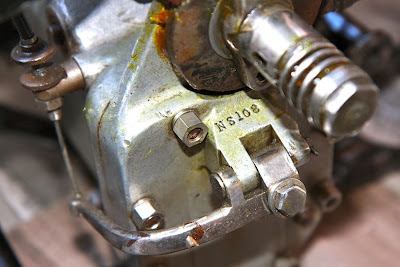 Marcel has been good enough to take a series of photos of the box and these are attached. The different clutch withdrawal system is obvious but where the box is peculiar is that the shift fork pivots at the top of the box (like the earlier CS boxes used on the standard range from 1915 to 1930) rather than at the bottom of the box (like the LS boxes used on all production cradle framed models from late 1927 through to early 1931). Note the end cover is thick enough for the filler cap to be mounted on it, on the front top corner, while the small set bolt not far up from the bottom of the cover is an oil level plug.  It is assumed that the internals are essentially like those of the LS box or perhaps the Type III which came into general use during '31, replacing the LS. Whether the gear pitch was changed on it to a true 10 pitch, also like the Type III, I don't know. If Marcel has to dismantle his box at any time, I hope to find out!  Incidentally, the drive side of the layshaft appears to be supported in an internal ball race rather than a bronze bush, which would be visible from the outside. 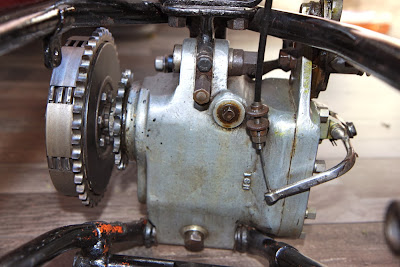 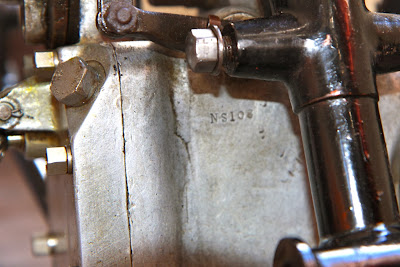 The NS gearbox was used by Bill Lacey on his 1930/31 Brooklands bikes (none of which is  mentioned in the despatch records) and in addition was fitted to the original version of OF9502. Marcel's bike plus a further six (one a works 350 with registration number OG2001) are shown as being fitted with it, the last serial number shown being NS113; does this mean that a further five works bikes unlisted in the records were fitted with the NS box? I make no such claim ...
Newer Post Older Post Home