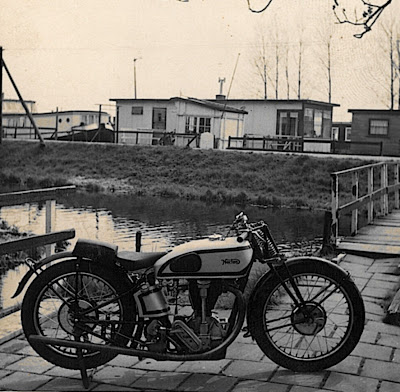 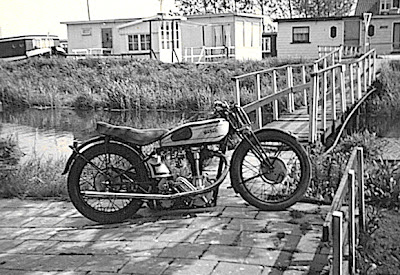 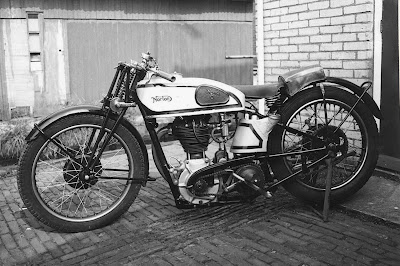 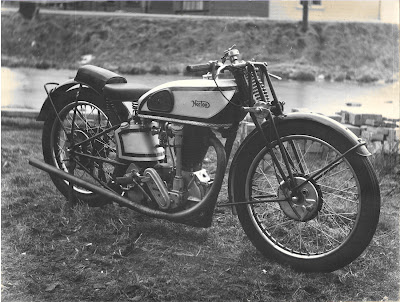 My CS1 was used on the road in the Netherlands in the 1950s; my uncle Ko Konijn bought it at the end of that decade, probably in quite original condition though at one stage a buddyseat was fitted (the original rubber Dunlop saddle may have been hidden beneath the homemade seat). Ko must have been unhappy with the mechanical condition of the Norton as he completely rebuilt the engine and gearbox, at the same stage sourcing missing parts like the original type of magneto; which must have been a hassle as it took Ko ten years to finish the CS1. 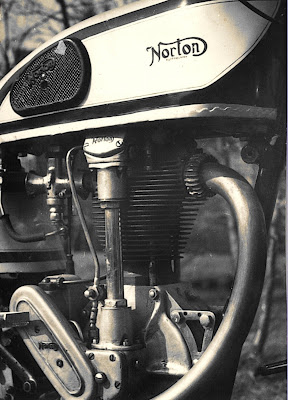 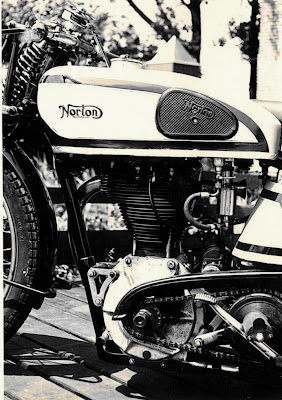 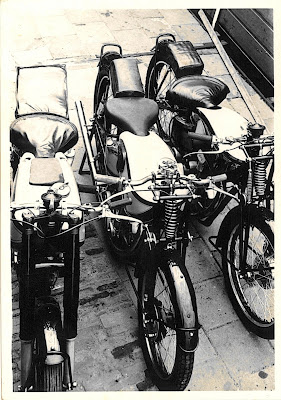 Ko's health prevented him from riding his bikes and when I became the owner of the CS1 after Ko had passed away it was covered in oil and grease to protect it from the damp conditions in his shed. After cleaning the bike the paint did not look that nice and the Norton was dismantled again and given a fresh paint job. Thereafter the CS1 sat in my living room for more than 10 years. 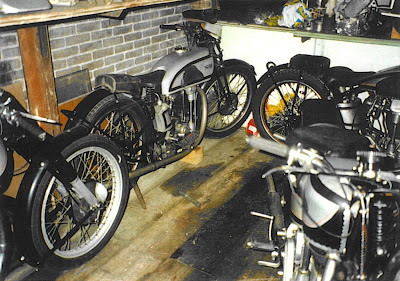 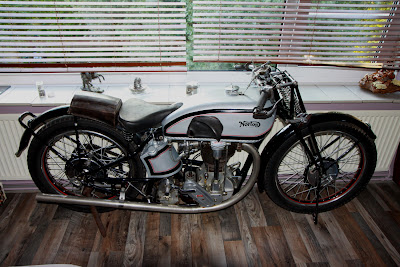 In the last months the CS1 has had a complete check-over again. New 20" tyres were fitted, the magneto was rewound and many original nuts and bolts sourced. Still not completely finished it started last week for the first time in 40 years! 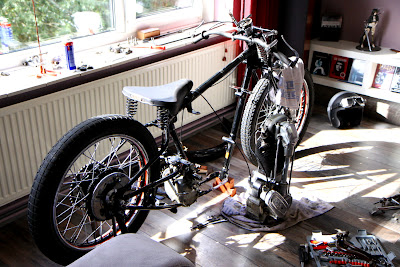 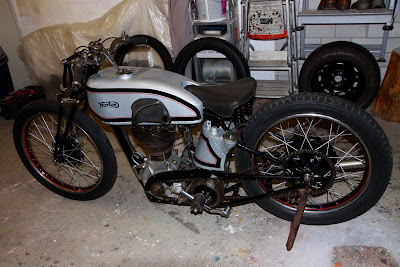 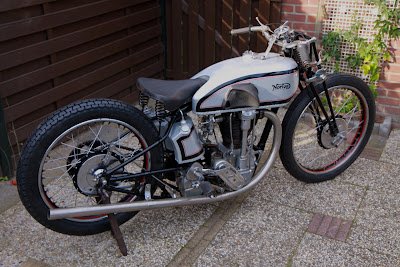 Simon: "Frame number 422xx was a CS1 to 1930 TT specification. Gearbox number N103, Webb 650 Forks (i.e. CS1 sized). It was despatched on 17/6/30 to Piet van Wijngaarden.  No other details are given. The engine number is very strange and I think must have been added and the original deleted."

Bob from the UK: "I read this blog with great interest, as I have a 1930 CS1 engine which was despatched in June 1930 to van Wijngaarden, and thought for a moment that it might have come from this bike, particularly as Marcel mentions in his story about something being done to the engine number.  However, I have since checked my own records and mine was despatched to van Wijngaarden on 21 June 1930, or 4 days after Marcel's. My frame number was 423xx and the engine number is 49001. I've owned the engine for quite a few years, and its now being re-built to go into an International rolling chassis, as I've given up hope of ever finding a 1930 frame for the engine. These bikes were some of the very first of the Carroll engined machines to be sold to the public, and van Wijngaarden was clearly a favoured Agent to get the new bikes. Marcel, your bike looks as though it will provide you with some good riding opportunities, and hope you enjoy it in the way the maker intended!"