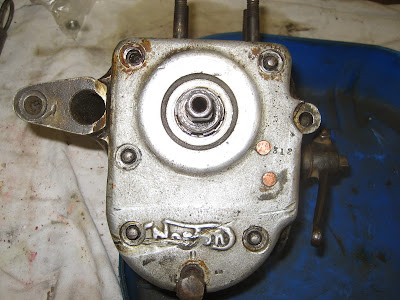 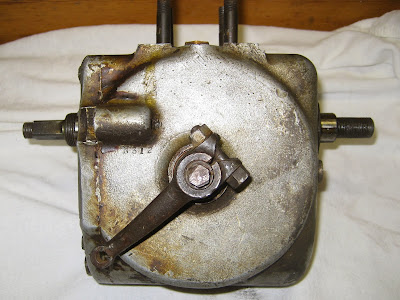 -JdK- Bert in The Netherlands has this 4-speed Norton gearbox of the type that was fitted to Model 24 and Model 34 and Model 44 Nortons. The box is said to be in very good condition. Bert would like to swap against a Sturmey Archer 3-speed CS box. Contact us for Bert's address. 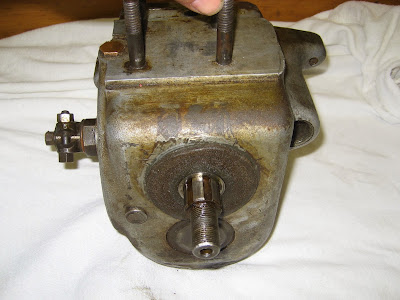 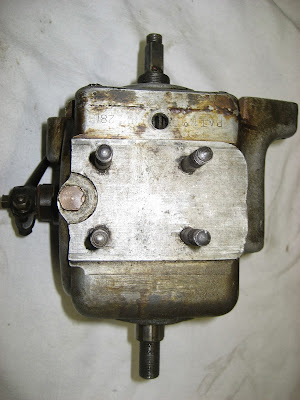 -SG- The patent application for this box was made in August 1923 by the company and a certain Arthur Carroll. This shows conclusively that Arthur Carroll was a Norton employee in the drawing office considerably before his well-documented involvement with Joe Craig in the OHC re-design of late 1929.

Ken, in New Zealand, has done some interesting research into these boxes and later derivatives. It is clear that many of the design features of the later four speed Sturmey Archer boxes (and hence Norton 'doll's head' boxes) are identical with this original design. Whether Sturmey Archer paid Nortons a royalty for use of the design I have no idea. Furthermore, it is far from clear which company made the 'cross-over box' for Nortons (its early appearances were in the 1924 side-car TT). Suggestions include CAV Ltd - for the very early versions - and Burman Gears for the main production. This latter is based on the fact that Burmans' general procedure was to mark up all gears with a part number etc., which features are apparently present in the cross-over box. And of course, Burmans were also based in Birmingham. Or of course, it may have been Sturmey Archer themselves.

There are a few restored Vintage four speeders still in existence - Chris in the UK has a very tidy example which I believe was a Barry Tyreman restoration, using a frame I obtained from Cornwall.

Let me close this ramble by attaching an interesting little excerpt from a 1967 letter to the then VMCC Magazine editor, from Euan Clayden in Devon ...