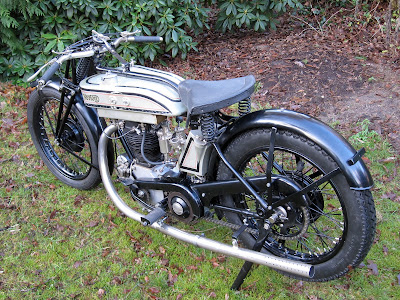 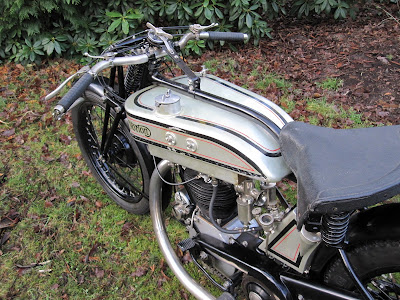 -JdK- This is the 1927 flat tank OHV Norton that I bought last year; I took it to pieces and the usual parts needed attention (bearings, brakes, valve guides, spindles, clutch, tyres, cables) and to make it interesting, the standard cams were replaced by IT racing cams and a high compression Hepolite 5288 piston was fitted. All of which took more than a year but now it's finished! 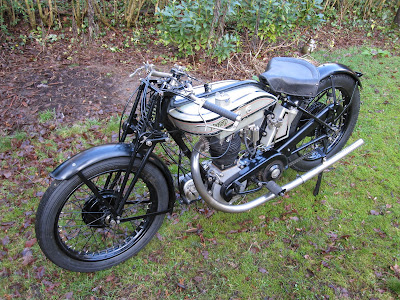 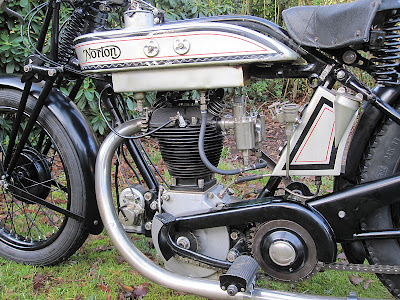 I was interested in this Norton because of it's unusual features. It has the largest petroltank ever fitted to a flat tank Norton; it is very wide and has a TT filler cap, complete with a vent tap on top. It has an extension underneath that I've seen only once before, on a Model 25 used by Shaw in the Ulster GP. The tank is an original, containing the TLC stamp and the number '25'. Further it has a large oiltank that is mounted using the typical Model 25-type framelugs. 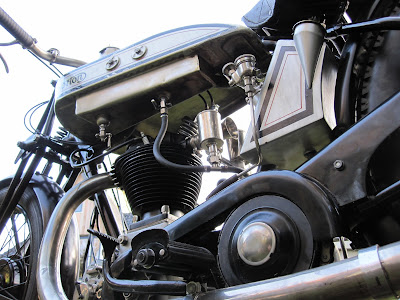 The previous owner Paul d'Orleans had been told it was a 'special' Model 25, without semi-dry sump lubrication and as Paul was more interested in riding the bike than tracing it's history the Norton can now be found on the internet with various descriptions. For a few examples try this link, or this one, or this one. Off course it's not a Model 25, but what is it then? 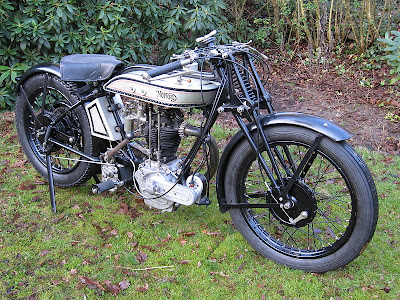 The Norton has frame number 251XX and engine number 356XX: Frame 251XX was supplied in January 1927 to Kelly, a Norton dealer in Dublin as a Model 19 with engine number 32860. The magneto support lug (of the smaller type which is typical for 1927 machines) on the longer (Model 19) front downtube also suggest that it was made in late 1926. When dispatched from the Works it had wired-on tires, top tube tool box, narrow mudguards, no carrier and extra large petrol and oil tanks with 'TT filler caps'. The extra large oil tank would have been one of the 25-TT type fitted using the typical brazed framelugs. The TT filler caps also included the provision of a vent tap on the offside of the tank to allow a rapid flow of petrol during refuelling. All of this may indicate that it was intended for racing. In the Works Records there is however no information about special tuning of the Model 19 engine. 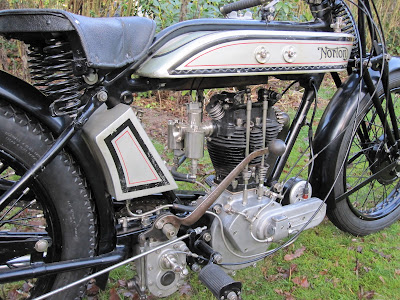 The Model 18 engine with number 356XX was supplied to Bristol dealer George Tucker who supplied it to the customer Mr G Cox of Fishponds. The original frame number to this engine was 27098. The engine was supplied as part of a totally standard Model 18 with no indication of racing use.  However there are indications of a racing past. The engine has an ‘S’ stamped in all castings which may have been done because it was dismantled very often together with other engines, to prevent mismatching of crankcases. The ‘25’ as in the crankcase could identify an oversize of the bore or Model 25 bits fitted. It may not be a coincidence that George Tucker who supplied the Model 18 was a Brooklands- and road racer. 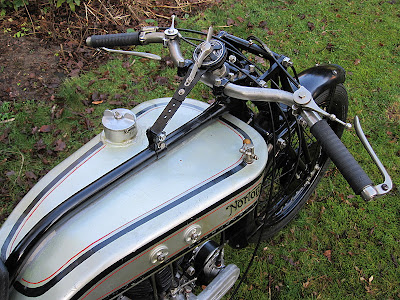 The Norton was obtained in the 1980s by Ken Boulter from a trader in Northern Ireland as a 'box of bits'; Ken Boulter suggests that the trader got it from road racer Jimmy Shaw’s shop. The Norton was then made up from a selection of appropriate components from this box in the early 1990s. Ken Boulter put it together as a ‘racer’ as there were a number of Model 25 components in the box and because the Model 18 engine’s condition suggested a racing past.  The engine was rebuilt by Ken Blake. Ken Boulter fitted the CAV magneto because he thought it looked nice. The carburetter has twin floats but is an Amal Type 6 intended for road use. 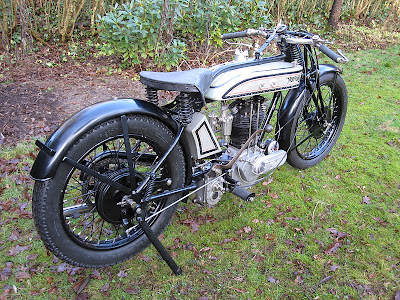 Norton LPD1 was bequeathed to Ken Boulter from Charlie Knight at around the same time that Boulter acquired this Norton.  Roger suspects that there was probably a bit of mix and match between the two as LPD1 now has components that were not there in either 1946 or 1993. Both bikes have/had an identical flimsy magneto table that was probably made by Ken. The oilpump now fitted to this Model 18 probably came from LPD1. 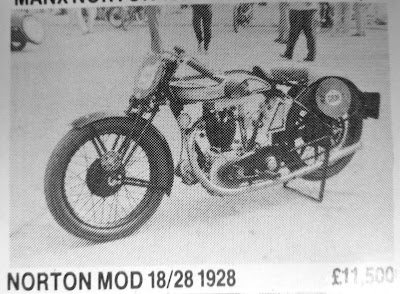 The bike was advertised in The Classic Motorcycle in November 1990 (above; as a Model 18/28, whatever that is). It was bought by Paul d’Orleans (below) around the year 2000, featured in Garage Magazine and was acquired by me in 2010. 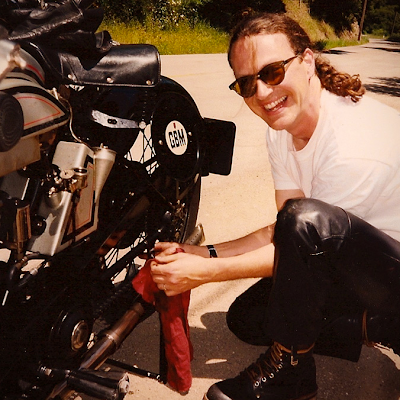 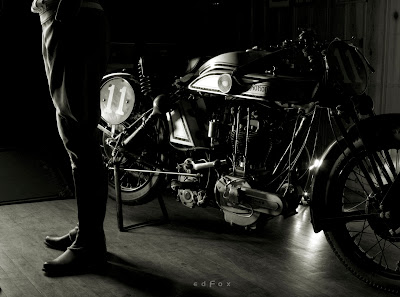 So...is it any good? No clue, it's cold outside, I'll start it next year!
Newer Post Older Post Home