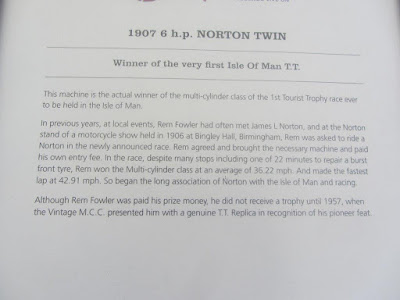 -SG- I almost hesitate to send in anything further on this subject following the earlier postings but I have just received from Alan a photo of the present notice in the National Motorcycle Museum to describe Percy Webb's fifties creation. From this it is apparent that the present powers-that-be choose to ignore the facts and evidence which was provided to them. Their choice I guess, but deliberately deceiving the paying public seems rather reprehensible. Makes me wonder about other exhibit descriptions in the museum ...
Newer Post Older Post Home