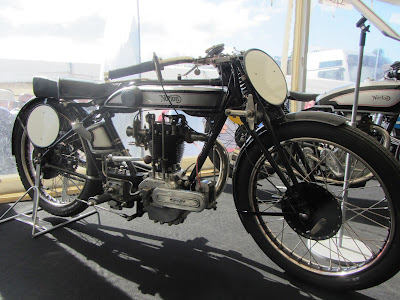 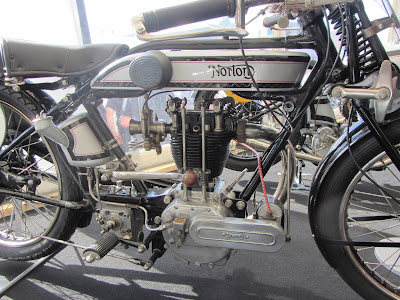 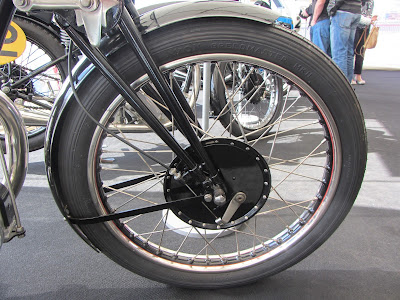 -SG- A further gem at the National Motorcycle Museum - this time labelled as a 1924 600cc Racer and kindly photographed by Alan. As can be seen the bike is quite a tidy flat tanker in what one could describe as sporting trim but it owes very little to the claimed year of 1924 and is not a 588 but a 490. 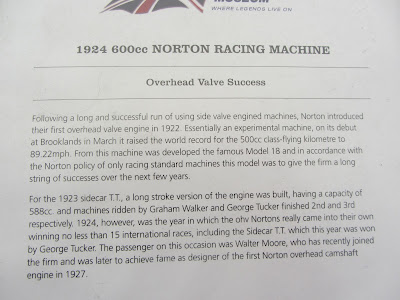 Apart from the crankcases, all the rest of the bike appears to be a 1928 Model 18 with a nicely lined 1929 oil tank thrown in for good measure. Forks and front wheel might be Model 25 but are more likely to be CS1/ES2 - also from '28 or thereabouts. But the specification part of the descriptive blurb contains numerous inaccuracies and relates in no way to the machine on display. A bit like the 'Fowler Norton' description all over again! Plain rubbish! 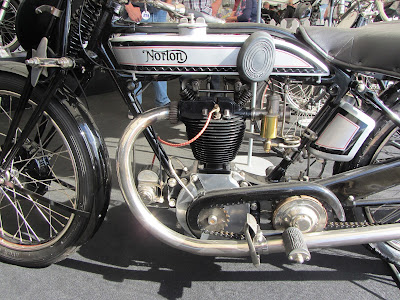 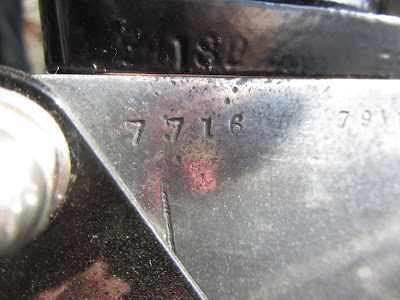 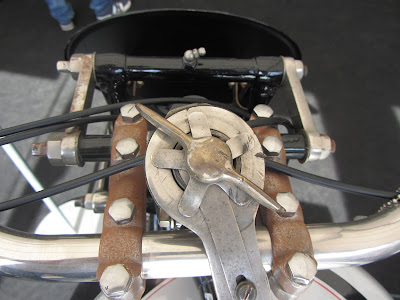