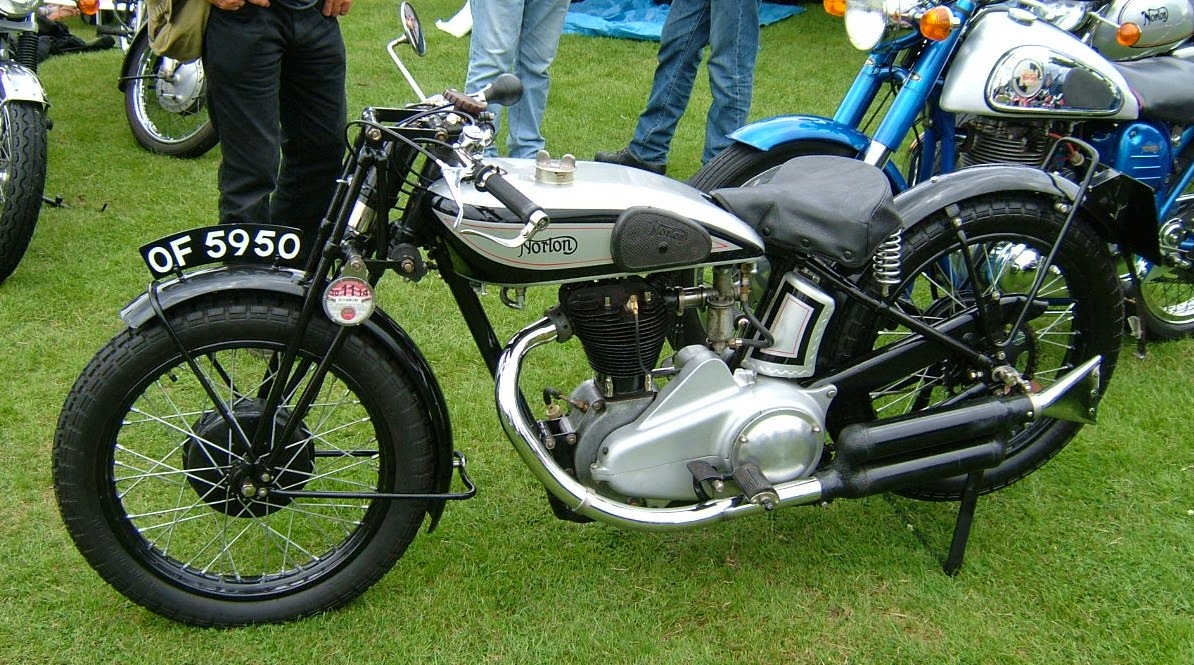 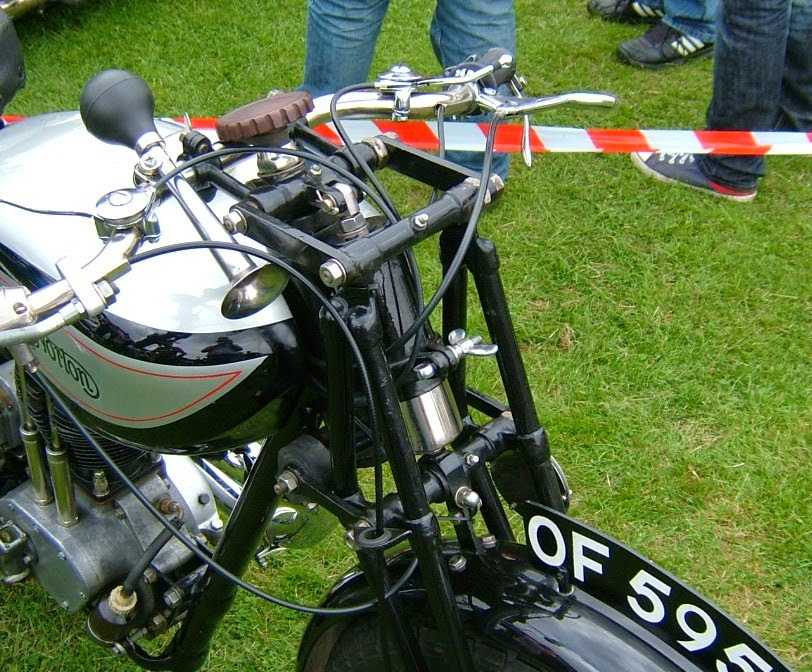 -SG- The JE and CJ models appeared at the 1928 Olympia show. However, actual deliveries did not start until April 1929, which seems to indicate rather inept forward planning in Bracebridge Street!  Neither model sold well - in my view, partly a result of the depression and partly because there were plenty of other cheaper 350cc bikes on the market and the CJ had not performed that well in Road Racing. Indeed, the records show plenty of both models being sold off cheap well into 1931. 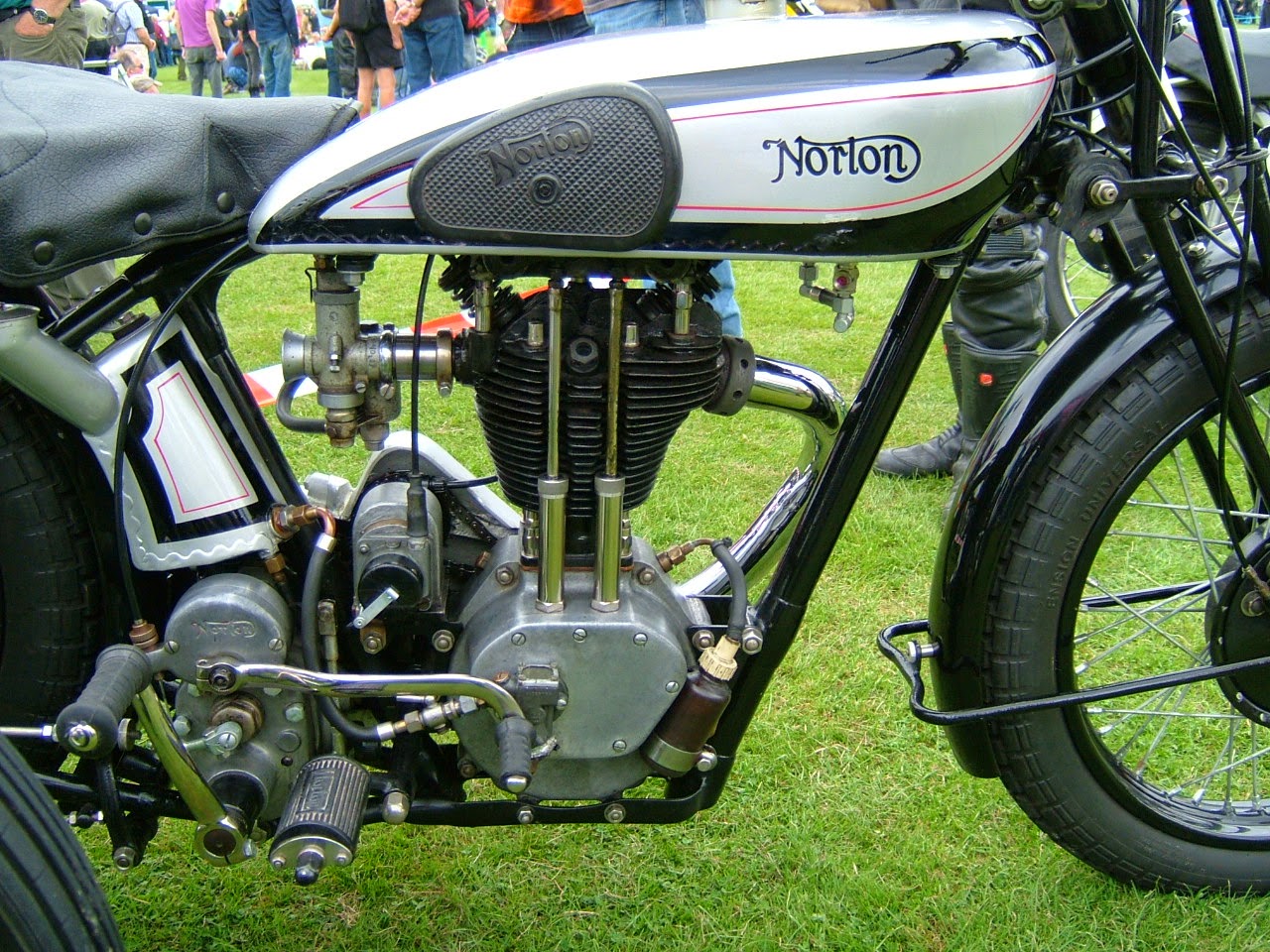 We have not had much about surviving JEs on the site other than a few close-ups of a head, last summer, and photos of David's complete machine back in February 2010. It was a pleasant surprise therefore to see one on the Norton Owners' Club stand at the recent VMCC Founder's Day event. This bike was bought by the present owner and a friend back in the early sixties for less than £2 but pretty well all complete. It then got dismantled and ownership passed to the friend ... who did nothing with it for decades and finally sold it back to the chap who has it now, presumably with due allowance for inflation along the way! It is now very presentable and in case regular site visitors wonder why I am not carping on about the doll's head gearbox, later Lucas magneto and kneegrips, I can tell them the original LS box and magneto still exist, the box being in good shape although the magneto needs re-furbishing. And for those who want them, good 1928/9 pattern kneegrips are readily available in the UK from Hunters. 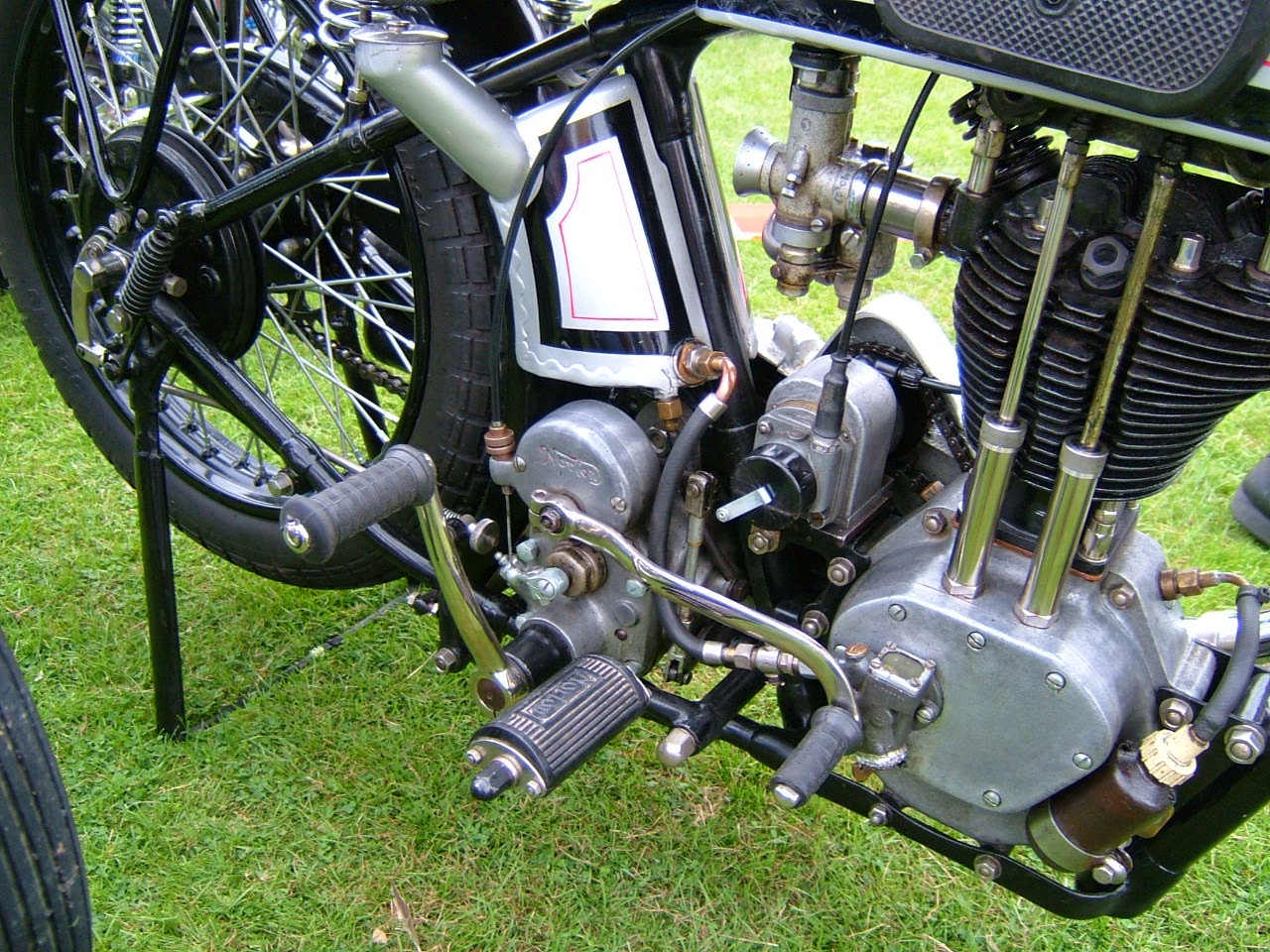 The machine has engine number 1102 - making it the third JE to appear in the records - and it was originally despatched to Coventry Motor Co in mid April 1929 but didn't find a buyer until December 1929. It is shown as being fitted with the Druid Enclosed Spring forks - standard wear for both JEs and CJs at this period - and these are still in place. The owner was not that complimentary about them - he says the damper doesn't work too well ... Unusually, it has 8 inch Enfield finned rear and front hubs, whereas standard fitments for these 350s were 7 inch Enfield rear hubs and 7 inch Hortons at the front.  For what it's worth, this variation is not mentioned in the records. 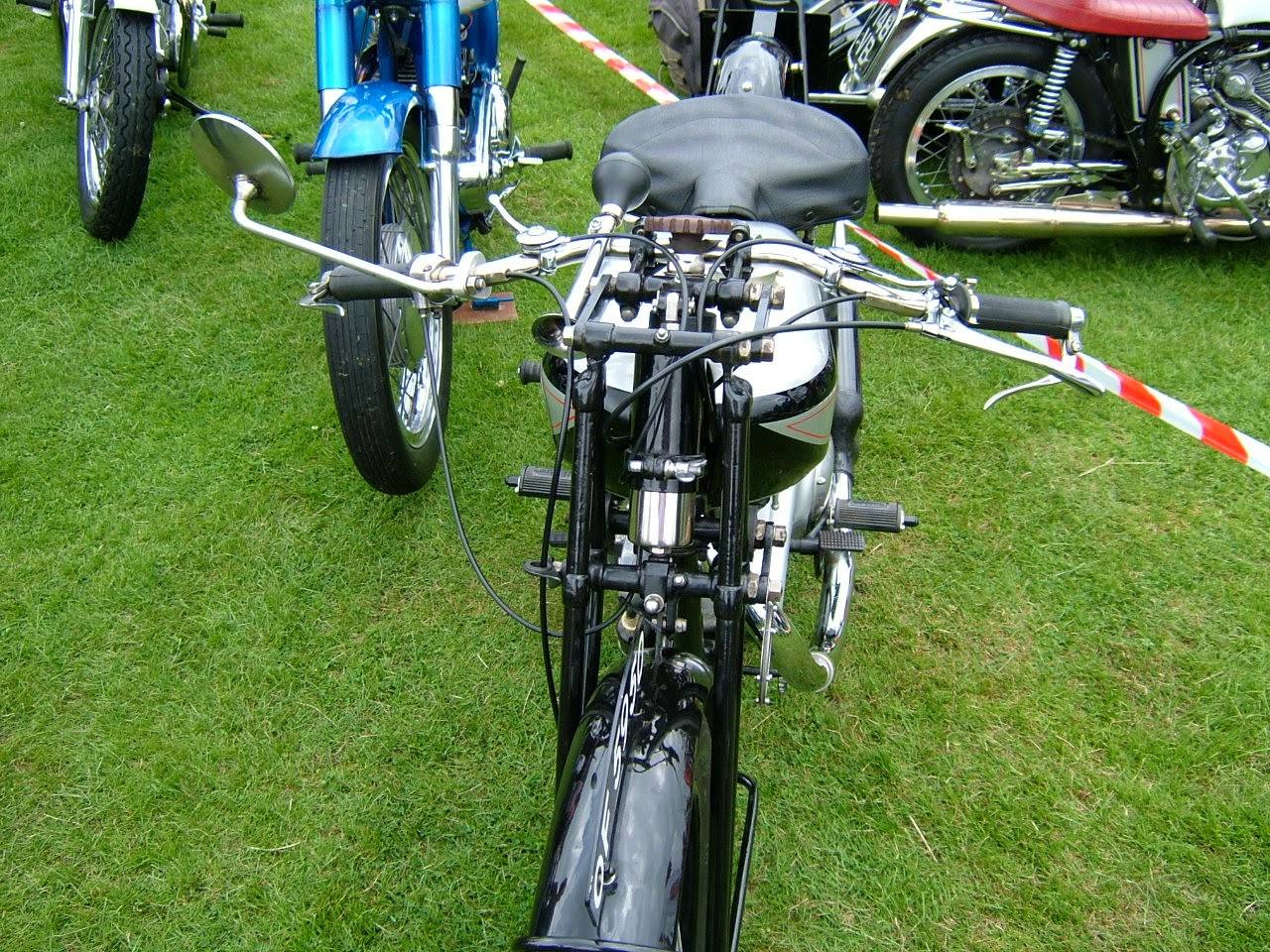 I am aware of two further JEs - one in UK and one in the Isle of Man - but there must be more survivors than that!
Newer Post Older Post Home