-SG- I recently exchanged messages with Dave, up in the North-West of England who does just that, with his two pre-war Nortons! 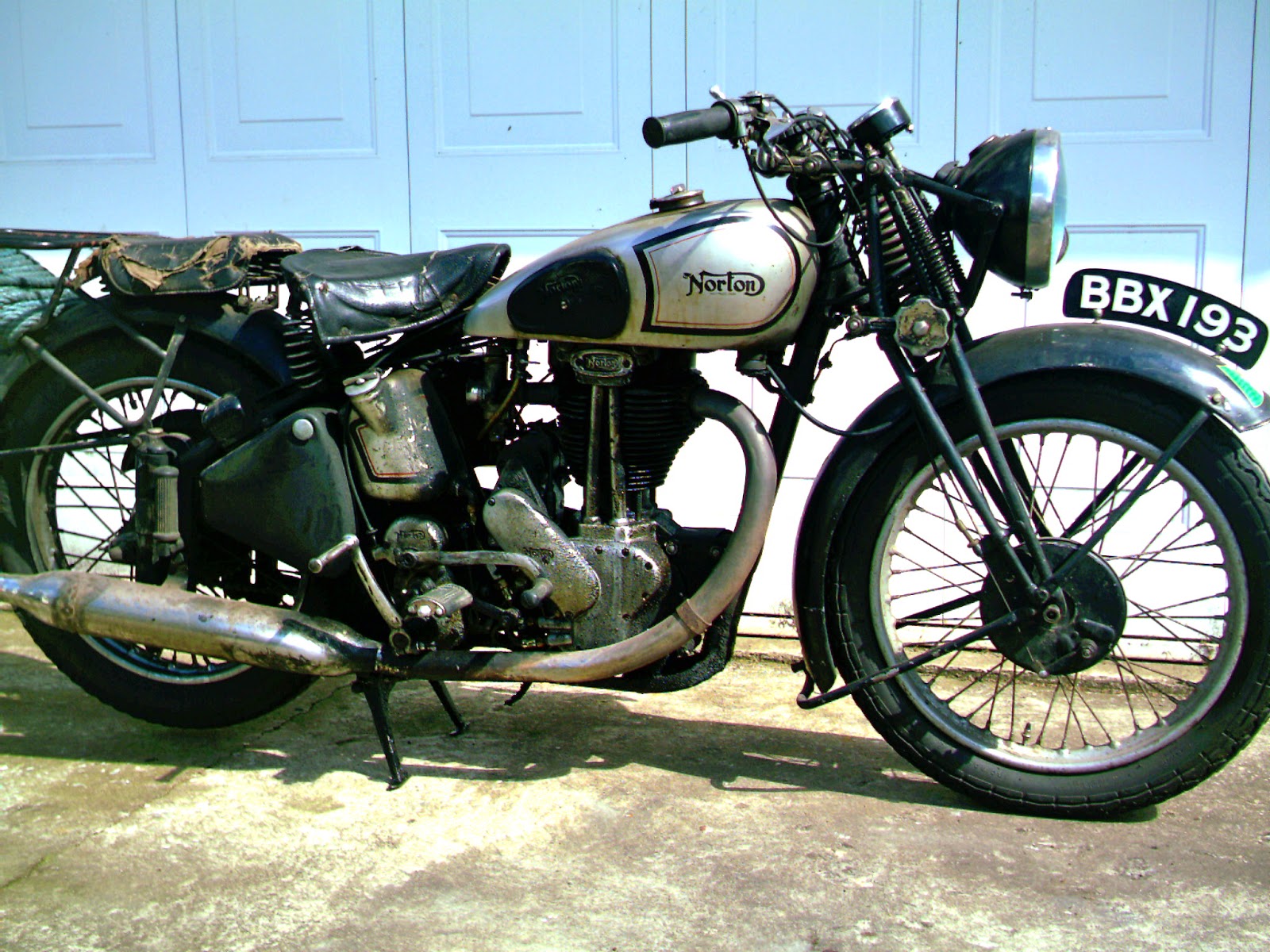 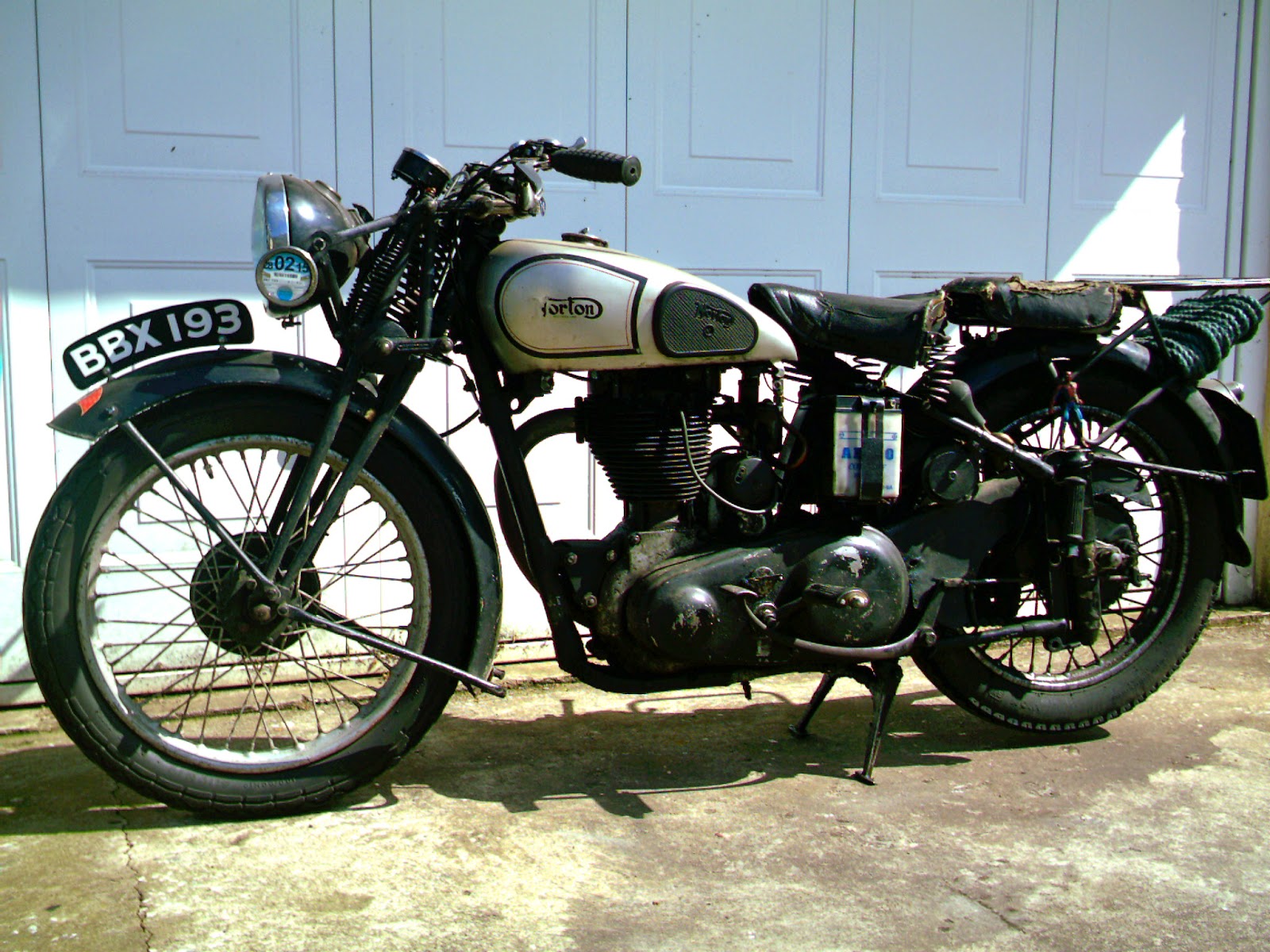 He has a 1939 ES2 with plunger rear springing which at one stage belonged to VMCC founder C E Allen. He uses this extensively and considers it a machine to ride rather than for special occasions only. It has been used for touring Sardinia, the Antrim coast in Ireland as well as numerous local and national Vintage events. As the photos show, this bike has the 'new for 1938' engine with enclosed valves/valve gear and flat cam followers. I owned a non-springer version - albeit 1946  - for twenty years and it went very well though I have to say, perhaps as a result of the flat cam followers, it was rather clattery. Dave has done considerable and successful research to find the original registration number which the bike now carries. It was first supplied to dealers Eddie Stevens in Wales. 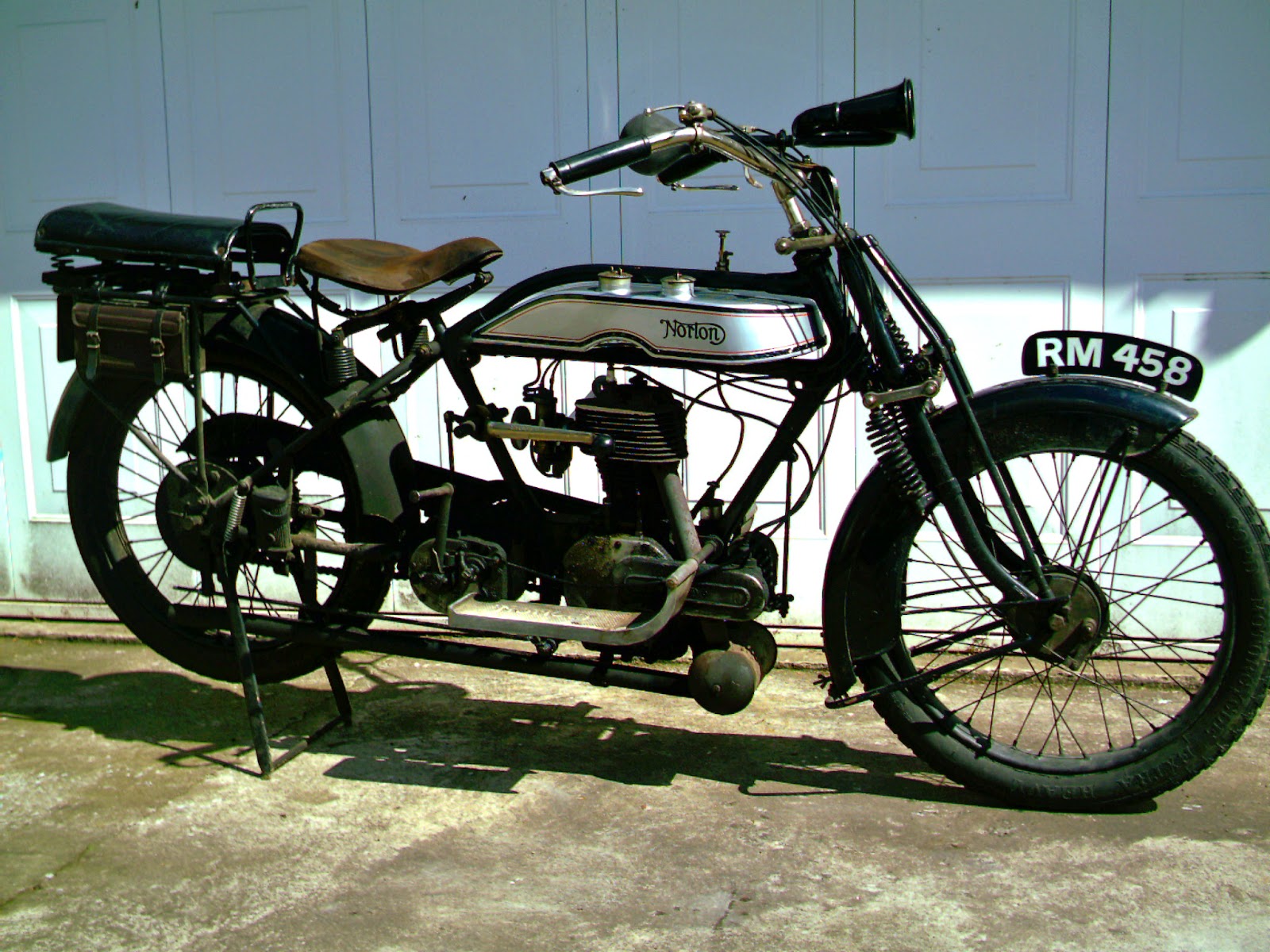 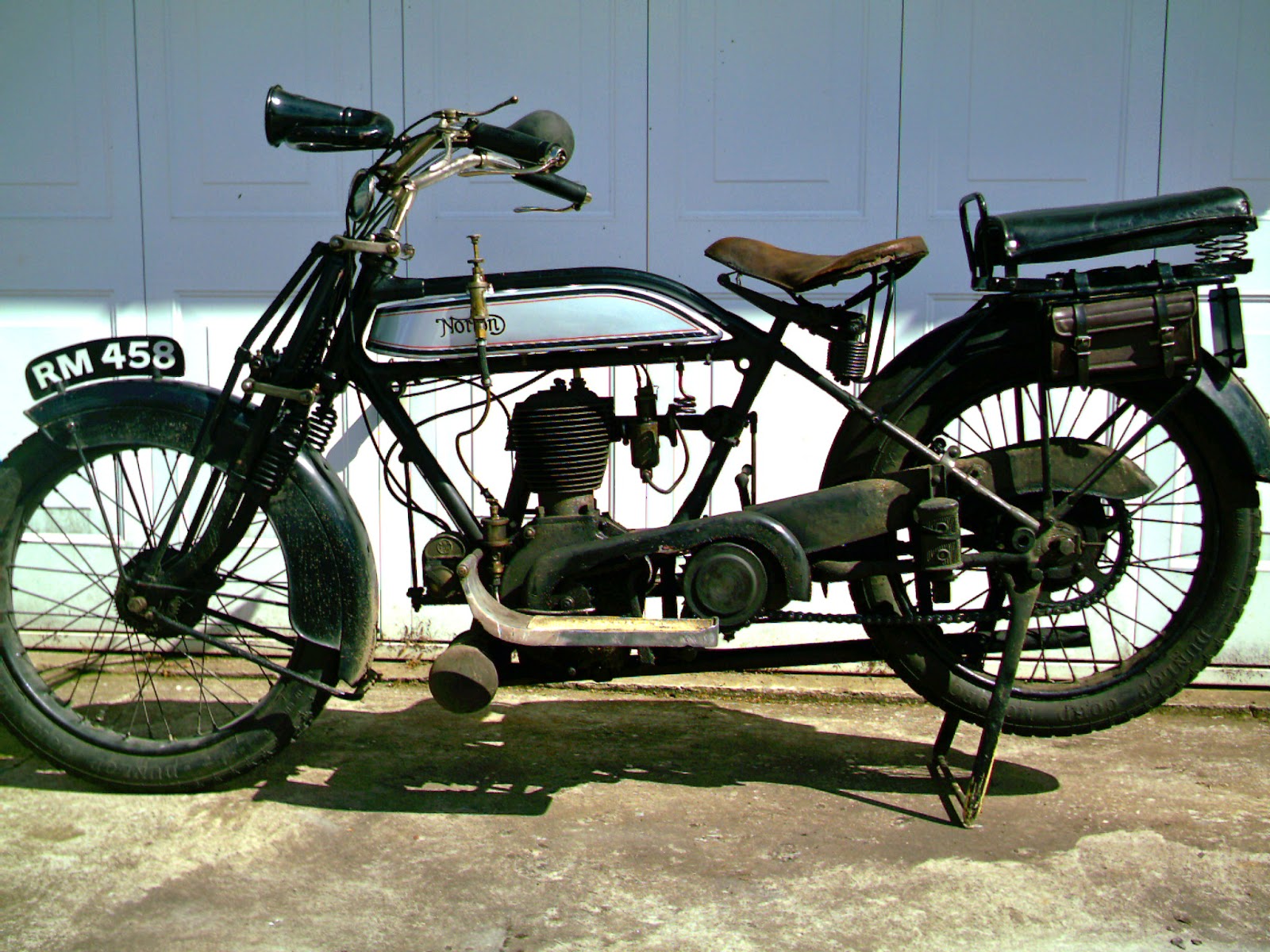 His 'other' Norton is a 1924 Big Four, which came in a partly dismantled state several years ago and amongst other things, was missing a tank. A replica was obtained of - to quote Dave - only moderate quality but it got the bike up and running ... This bike, too, has seen plenty of use and has proved extremely reliable. Amongst other jaunts which it has been on are tours of Tuscany and the Dolomites, several Irish National rallies and local Vintage events near Dave's home patch. An 8 inch drum rear brake is fitted in the interests of personal safety although Dave has retained the original dummy belt rim type. A side benefit of the Big Four is that, for those lunch stops outside a pub, it is remarkably convenient: the footboards will hold three pint glasses each and the tank top, four! 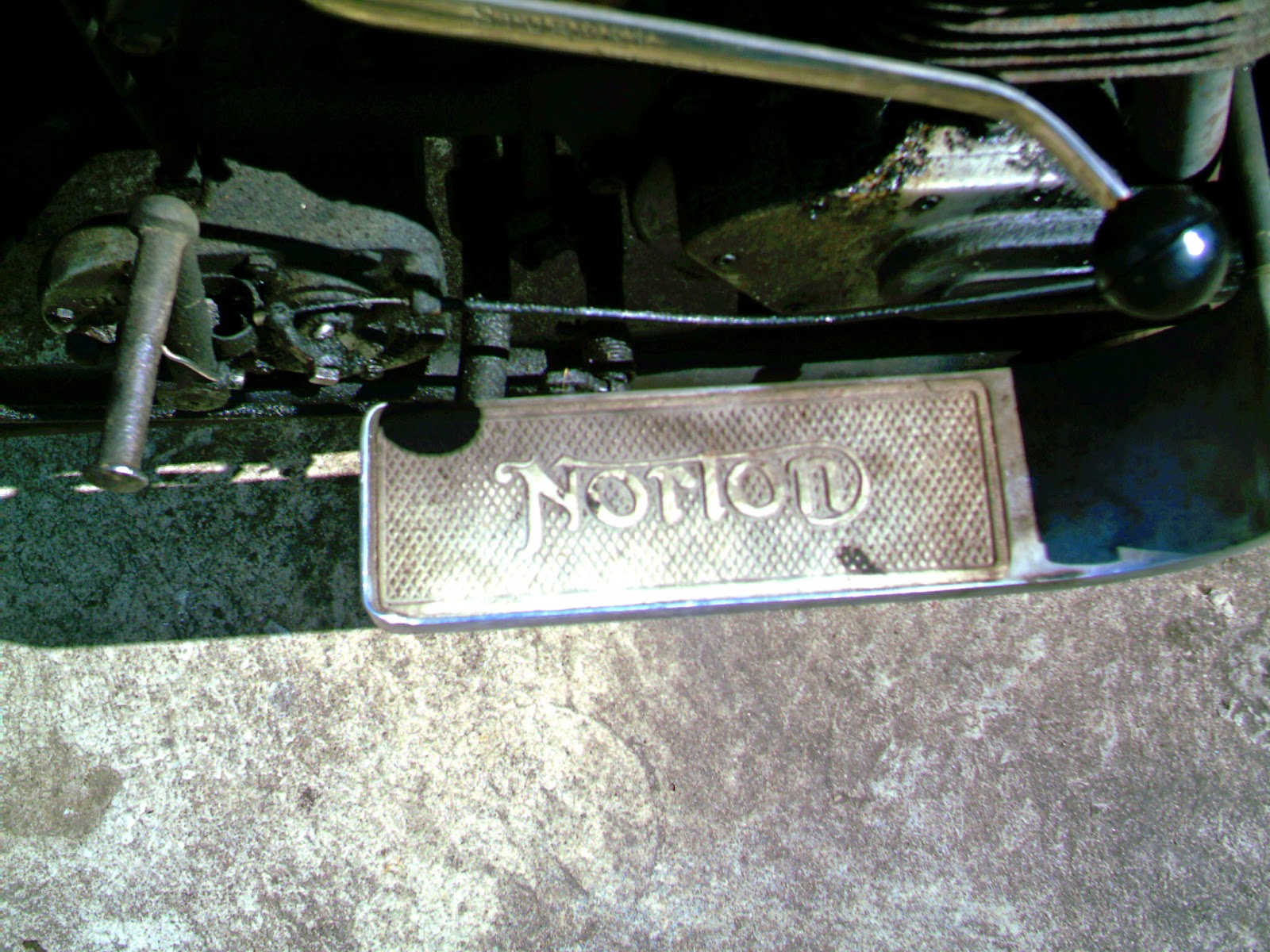 Let me add a footnote -  the Big Four came with original footboards and Norton embossed rubbers - see photo above. Dave lent the latter to the Jeff Hunter business in UK which supplies rubber items for Vintage and Classic machines, as a result of which moulds were made and replica footboard rubbers are now available for those that want them. So thanks are due to Dave from owners of Big Fours (or other footboard equipped Vintage Nortons) who have obtained new footboard rubbers from Hunters.
Newer Post Older Post Home