I've never actually met David from the UK but we've spoken on the phone quite a few times; I got him a wheel for his 1915 Norton Big Four project and in return he sent me a Royal Enfield wheel for my 1931 CS1. Pleasant conversations and an exchange of Norton parts; a win-win situation!. 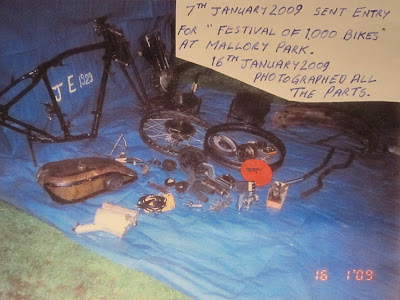 David sent me a few pics of his previous project; quite a rare motorcycle as it is a 1929 Model JE Norton. Essentially the 350cc version of the ES2 it has a full cradle frame but note that it is a two-stay version. Not that many were sold, probably because they can't have been much less expensive than the 500cc M18. 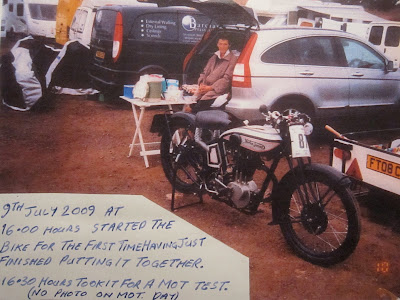 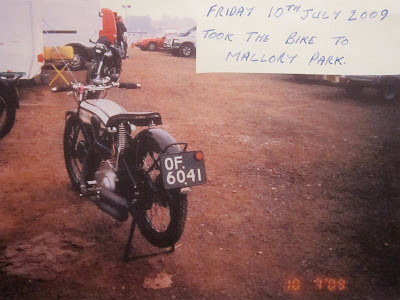 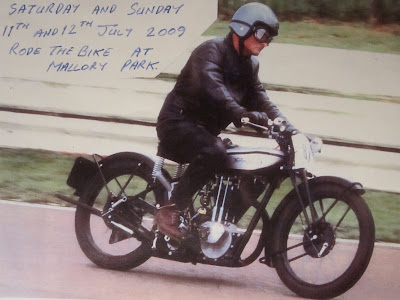 David likes to plan the restoration of his bikes and entered his JE for the "Festival of a 1000 Bikes'' when it was still in large lumps; and finished the project in time to participate. This year he will do it again and is confident that his current project, the 1915 Big Four will be up and running in July 2010!
Newer Post Older Post Home