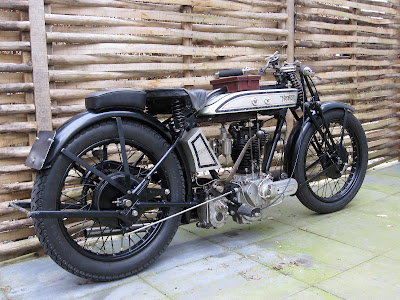 -JdK- I've owned this Model 18 for three years now; briefly summarized it's a 1927 Norton that came from the factory as a Model 19 in racing trim with extra large tanks and narrow mudguards though no details on the state of tune of the engine were provided. It was rebuilt from a pile of parts by Ken Boulter in the 1990s, then acquired by Paul d'Orleans who wore it out in the US and it then ended up in my shed. 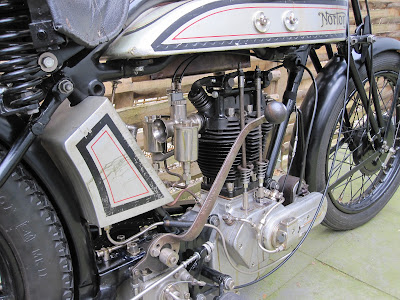 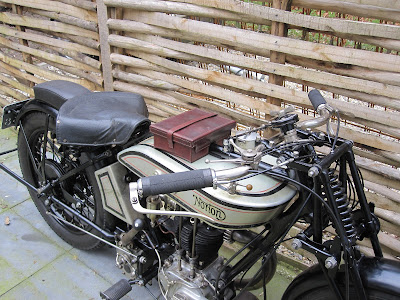 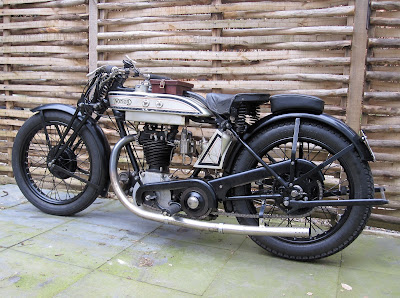 Last winter the engine was taken to bits again to fit new bearings throughout, shim the crank and camshafts, replace the bearings in the rockers and fit new tappets and pushrods. The ES2 valve springs were replaced by softer Model 18 springs. A high-compression Hepolite 5288 piston had already been fitted in 2011. The IT cams were timed more accurately. The mineral engine oil was changed for Castrol "R" (the very best oil for these engines but completely dismantle the engine and wash out everything in petrol; R40 and mineral oil don't mix and you will wreck the bearings and bigend otherwise). The CAV magneto was replaced by a Lucas KL1. More comfortable flat handlebars were fitted together with a twistgrip for throttle control. The wide and heavy WD16H main stand was replaced by a narrow vintage stand. New bolts were made for the Enfield rear hub. A correct brake pedal was fabricated. Finally, many of the awful nickel plated bolts and nuts were replaced by old or unplated items. 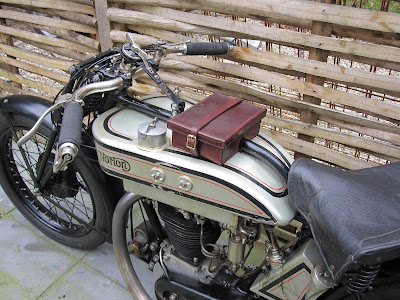 This Model 18 is not 'original'; the numbers don't match, the guards are replica, the oilpump is a Pilgrim, the carb is an Amal type 6. The crankcases contain a steel crankshaft that may come from a Moore ES2 model. All of which doesn't bother me at all! It's a great bike to ride. There is no kickstart and starting the engine requires a hefty push after which the Norton usually wakes up with a very loud bark from the open exhaust. The IT cams and 5288 Hepolite make for a revvy engine and while I would be hesitant to rev an original Model 18 I feel less constrained with this one; if it breaks I will just have to fit another crankcase. 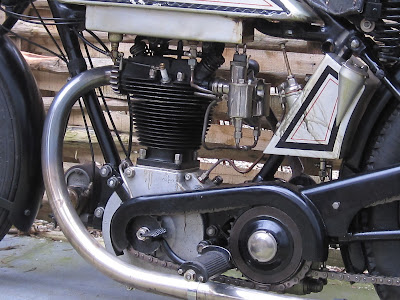 I'm not sure if it is fast but it feels very fast! Watch out for this Norton at Monthlery on the 20/21st of April.
Newer Post Older Post Home