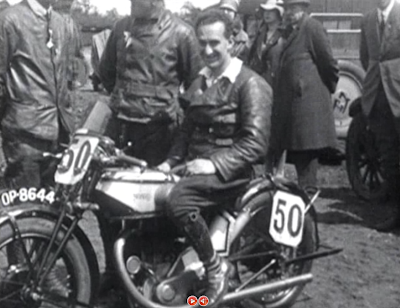 -JdK- It's Stanley on OP8644 again, caught on film after winning the Dutch TT in 1927. The photo is a still, taken from the "Polygoon Journaal, 25 june 1927" which was shown in Dutch cinemas. Not too much can be seen of the machines, one of the reasons being that the races were on public roads, most of them unpaved and the dust is incredible! Stanley and OP8644 are in the last few seconds of the fragment. 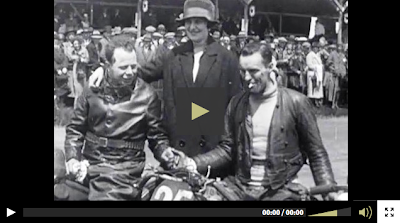