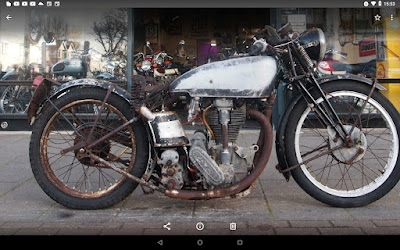 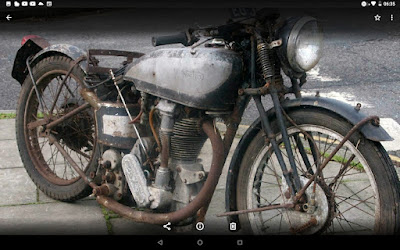 -JdK- Martin in Walsall in the UK contacted us about his 1936 Model 30. "I recently purchased a 1936 SOHC Norton. The bike came from an estate clearance in South London and appeared to have been used as a cafe racer. Upon looking at the Norton despatch records it is listed as racing specification and was sold via Ron Harris's shop in Maidenhead to W.G. Wright from Peterborough who then entered the Ulster grand Prix a few weeks later and came third. The next racing event I have found him at is Brooklands where he won the 1937 mountain championship race. Apart from these two races I have no other information on W.G. Wright. 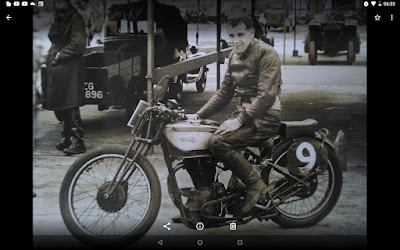 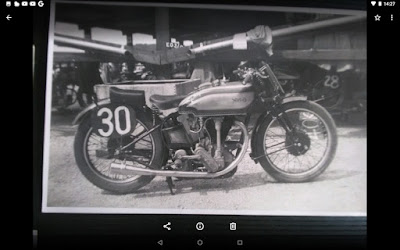 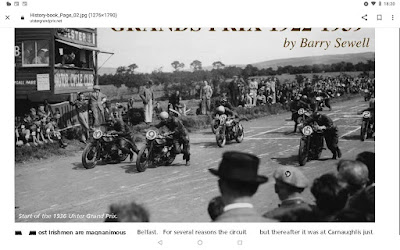 As for the bike I have the original petrol tank, oil tank and gearbox and intend to do an oily rag restoration. The frame, forks gearbox and engine all bear the correct numbers as confirmed in the despatch records held at the VMCC.The worst part appears to be the original crankcase which is quite badly corroded due to moisture, a great shame so should any of your readers have a spare set of longstroke magnesium cases I would be very interested. Anyhow I enclose a picture of the bike as found and a picture of W.G. Wright on the bike at Brooklands supplied by Niel Allman who is helping me with details of originality. So if any one could help with magnesium cases this would be greatly appreciated. 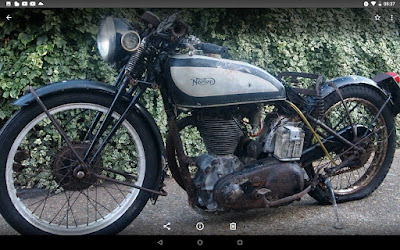 I also hope someone can shine a light on W.G.Wright. He has a small mention in Norton's 1937 and 1938 brochure, for his achievements at Ulster and Brooklands and after all he managed to buy a brand new race bike through Ron Harris, so he was an up and coming racer it appears. Maybe the second World War finished his motorcycle racing? Or maybe he just wasn't that good? Hopefully someone may know the answers and come forward with some information on a young racer that tried his best but never made works rider status." 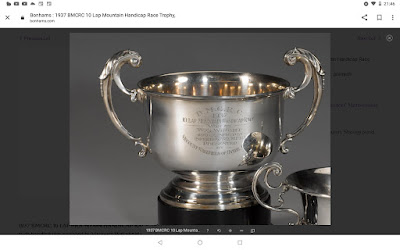 PS. Simon reports that, as an afterthought, he has had a look at some scans of programmes of Donington events in the late thirties. W.G. Wright is shown as competing on a Norton.  He apparently came from Peterborough.  Not much help really!
Newer Post Older Post Home