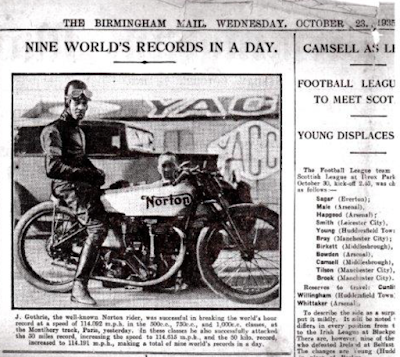 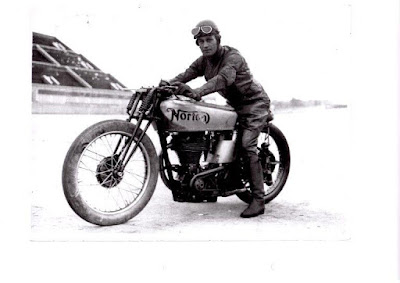 -JdK- Sent by Barry - and many thanks for that - a few photo's of Jimmie and different versons of his  record breaking machine.
-Richard- The second and third pictures are from the second Guthrie record attempt in October 1936. The team took 2 machines, a 350 and a 500 to attempt all records up to 1 hour duration and these  pictures show the 350 with the 1936 plunger sprung frame, and this broke the 350 records at over 107mph. The 500 was on target to break the 1935 record of 114mph but ran out of alcohol fuel a few minutes before the 1 hour record deadline due to a leaking carburettor float leading to excess consumption. Fortunately records up to 100km were broken at over 117mph, but it was the 1 hour which was the publicity goal.
Newer Post Older Post Home