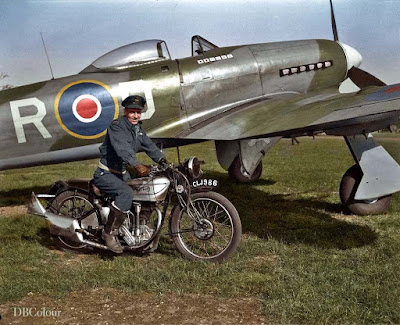 -JdK- Jon recently found the attached story regarding wartime pilot Lewis Park and his Norton. He instantly recognized the registration number as the Inter he bought from George Cohen in 2008. The 1936 Inter was bought new by Mike Lane who owned the bike for over 60 years according to a V5 document that he has. The link below tells the story of F/O Park and the Hawker Typhoon, which may be of interest https://www.thetyphoonproject.org/438/Lewis%20E.-Park.html.
Newer Post Older Post Home