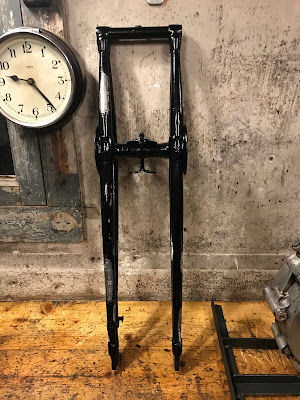 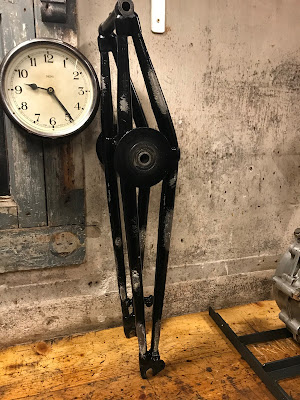 -JdK- SOLD, Webb 650 girders -  also known as Heavy Weight Webbs. These were fitted to late 1920s-early 1930s top of the range models like the ES2 and CS1 Nortons. I've had them sandblasted in the past for inspection. They appear straight and have been rebushed where the spindles fit. They're not perfect as there is some rustpitting; I've removed some paint and tried to photograph the worst areas. Further, at the bottom they are very slightly bent - and have been straightened again. The tube walls of these girders are very thick due to the 'swaging' process used to reduce the width of the tubes so I consider them safe to use - but it's your nose so double check! SOLD 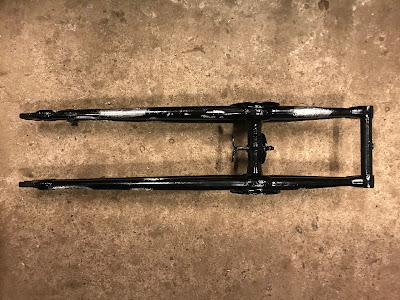 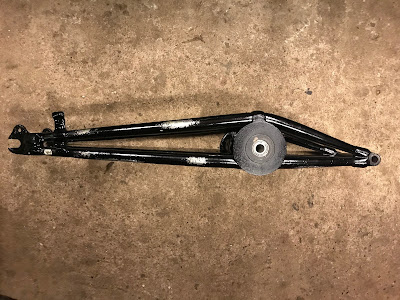 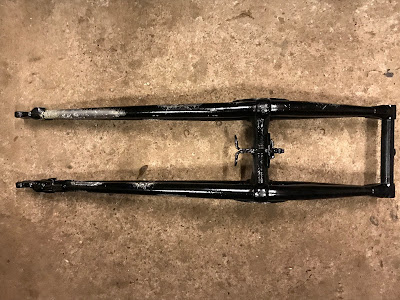 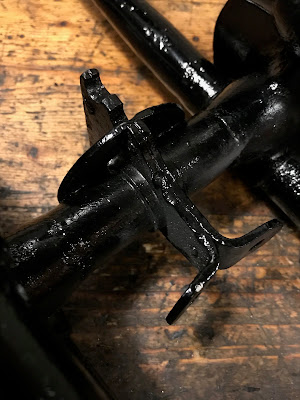 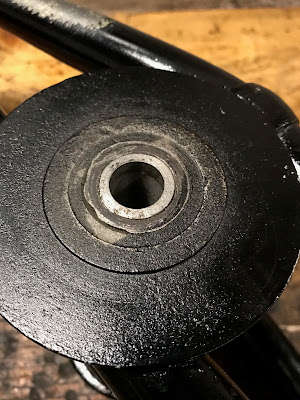 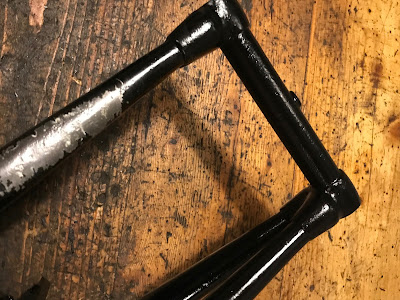 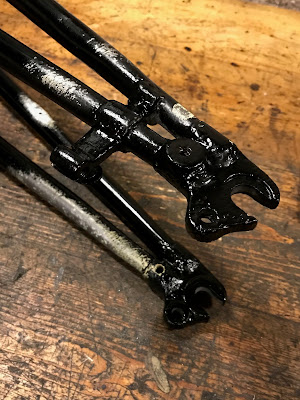 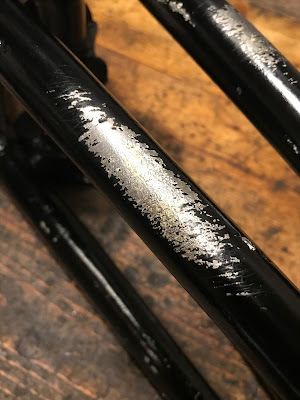 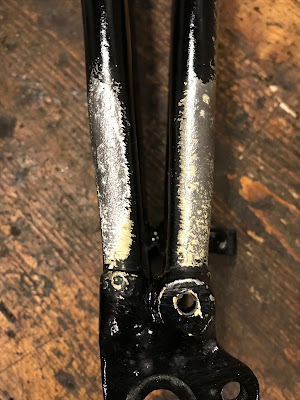 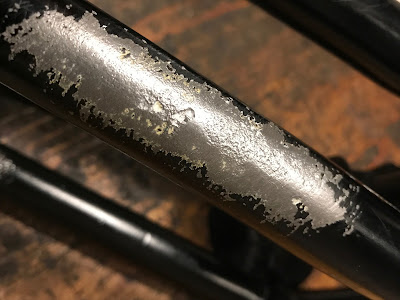 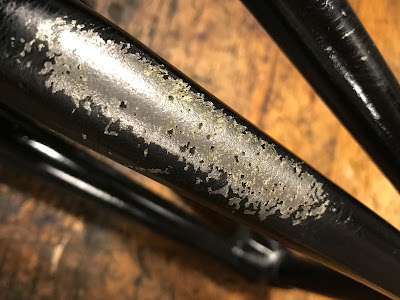 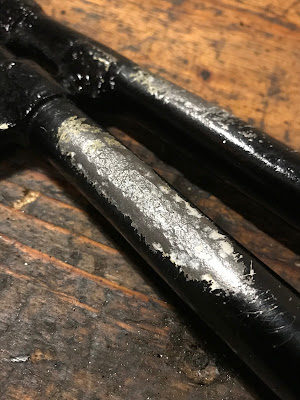