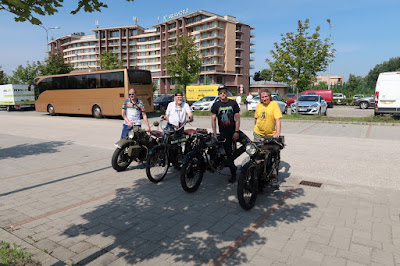 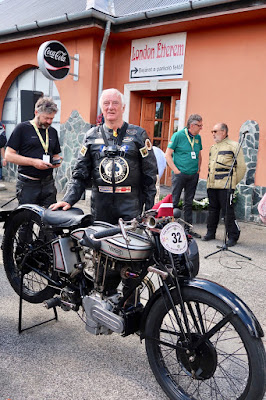 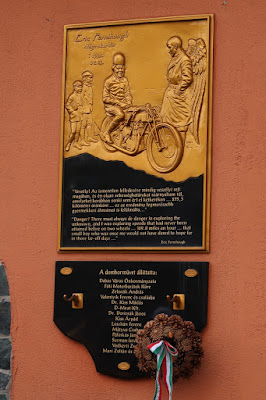 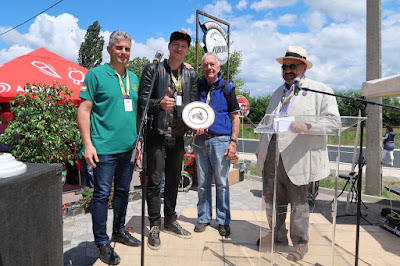 -SG- Juris and his son Robert were joined by two other Latvian friends for a visit in June to the Hungarian Rally. Juris rode his 1913 Rex-JAP and Robert their Model 25 Norton, which has appeared on the site before.  The team completed nearly 600km on - as Juris puts it - some of the worst roads in Europe. Included in the route was a visit to the Dabas stretch of road where Eric Fernihough was killed on his 1938 World Record attempt.