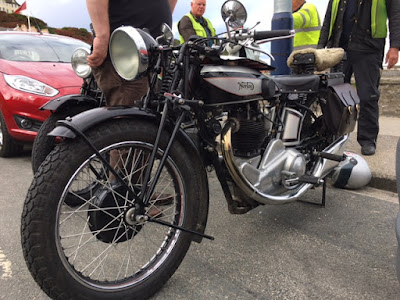 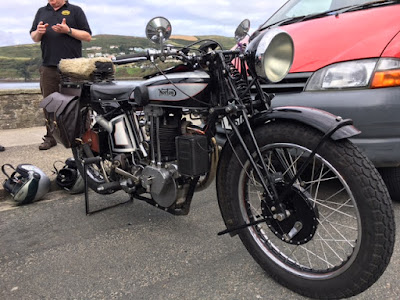 -SG- Greg from Western Australia has a few Nortons, including a mid-twenties Model 18 and a late-twenties CS1. He also has a 1930 ES2 which he uses regularly. Not only does he use it but he has recently brought it over to UK so that he and his wife could ride it on their visit to the IOM for the Classic  TT and other recent Manx events. 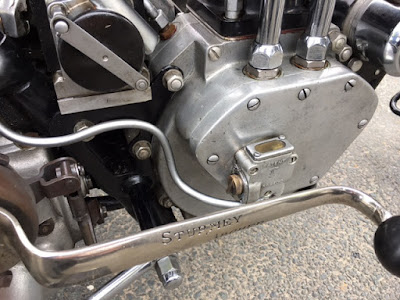 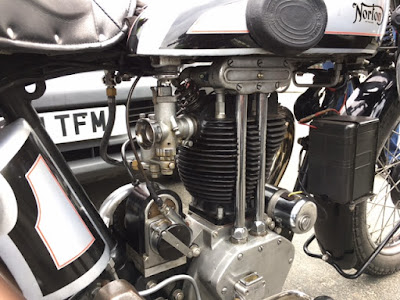 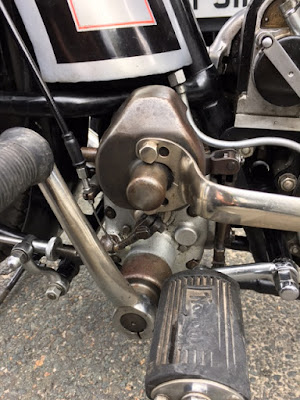 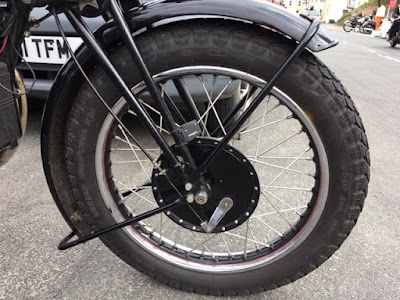 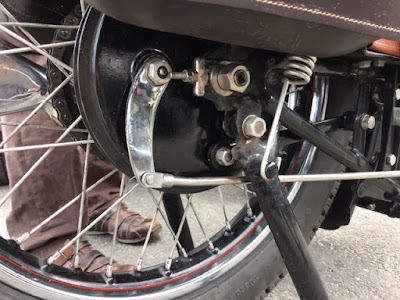 It's in very presentable shape and Alan took several photos of it - thanks! - which are attached. Greg has fitted an early '30s four speed Sturmey box, which he says makes it easier to ride two up, but other wise it looks very standard. Not sure about the plated brake arms - a boring bug-bear of mine, I freely admit - but otherwise, a good looker and according to Alan, a good goer too!.  Incidentally, it was sent out to Australia in February 1930, through the usual Export House, Tozer Kemsley and Millbourn.
Newer Post Older Post Home