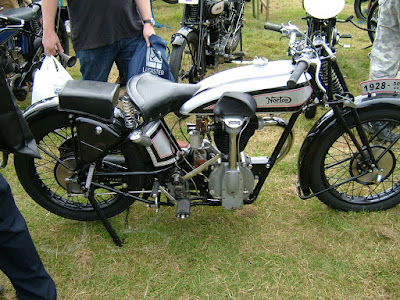 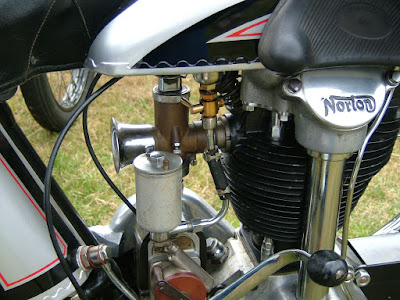 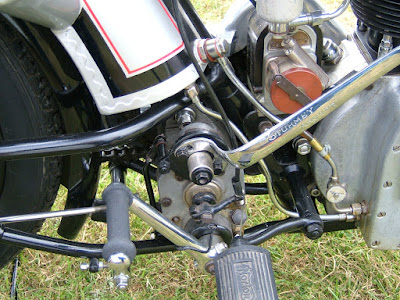 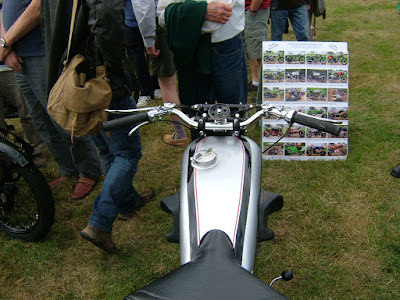 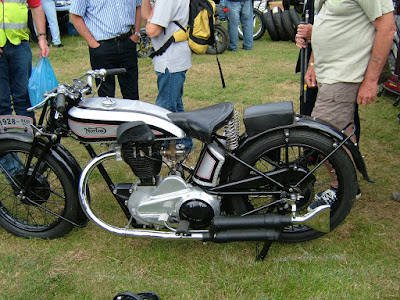 -SG- This event took place last month and there was a sprinkling of pre-war Nortons for sale on various stands. One I did not photograph - which I thought reasonable value compared to the others - was a ca.1937 16H.  It may be a WD machine (it certainly had a WD engine and forks) but if so, is now in very tidy civilian guise at £5000. As to the others ... Stephen Griffith (Racing and Investment Motorcycles) had a Moore CS1 on his stand. He assures me it is in good mechanical order and has lots of documentation with it - but from the information provided it is not a matching numbers machine: indeed the frame seems to have started life as part of a '28 ES2 while the present engine shows up in the records as being mid '28 and part of a bike exported down under. Be that as it may, in my biassed view, the restorer has wasted money on such things as plating the brake back-plates, fitting wrong tool boxes and has seemingly used chrome plate throughout. He has not bothered to source correct control levers, the correct steering damper knob, or the correct carburettor. So these down points - plus the numbers problem if that is a matter of concern - make it jolly expensive at £29500 and I would have thought the 'low twenties' would have been nearer the mark. 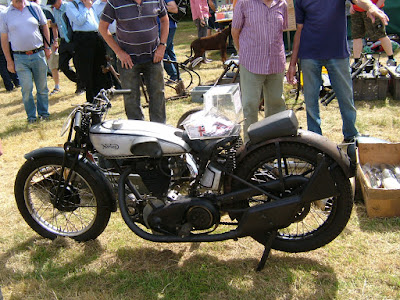 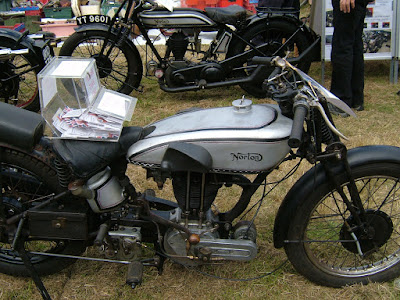 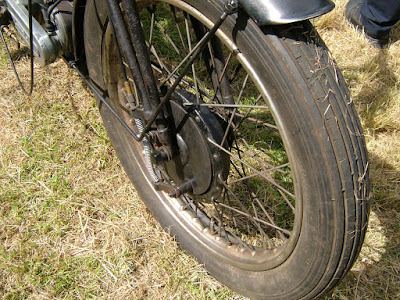 Then there were a couple of '20s Nortons on the Classic Motorcycles Ltd stand.  One of them on display - incorrectly dated as 1928 - is basically a late twenties Model 18 bitza - '29 frame and cylinder head, '27 bottom half, pre '29 gearbox and gearchange, later Amal carb., 1931 steering damper knob etc etc. Would doubtless make a useful bike to use on a regular basis but, again, overpriced in my view at around £20k.
Newer Post Older Post Home