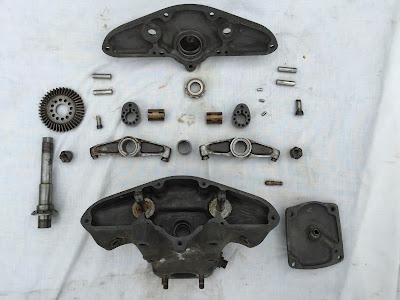 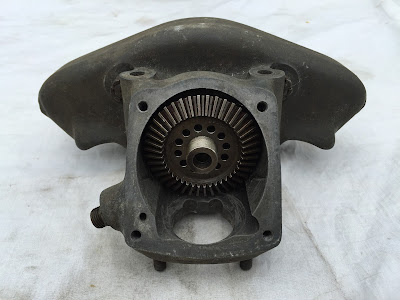 -JdK- We have had photo's of a replica enclosed rockerbox for the SOHC Carroll engine on the site before. Now Chris has contributed pics of an original, owned by his father Ken, who wrote the words below:

"This is one of the genuine six enclosed rocker boxes made by Norton’s for the factory bikes.

One of the reasons to enclose the valve gear (and there are a few!) was to stop the fine spray of oil which, with wear and working clearances, came from the standard single knocker box through the rockers and could reach the rear tyre. The solution of course was to enclose the valve gear and springs within the head/rocker box casting as already in use on the KSS Velocette. A point to note is that the TT, the North West 200 and the Ulster Grand Prix were all very long races and Norton used hairpin valve springs that could break; but they could be pulled and replaced in less than ten seconds with the correct tongs. You can’t do that with a machine which has hairpins or coil springs inside a cam box.

The principle of valve operation is by established Norton practice of a single camshaft and two timed cams lifting two rockers which press down on the valve stems. The enclosed rocker box works on exactly the same principle but the rockers push on a little pushrod - or pusher - which makes contact with the valve stem, opening the valve. The pusher works in a bronze bush which is screwed into the cam box. Except for the exposed length of the pusher, everything - including the oil - is enclosed within the rocker box.

A standard rocker has an adjustable tappet working on a collet principle. The enclosed rocker has a fixed tappet which can be ground - or the valve stem can be ground - to give the required tappet clearances. The valve clearances therefore should remain the same no matter how many times the rocker box or head is removed or replaced, providing that the valves are not faced or replaced in which case the pushers should be replaced or ground again.

A cammy Norton is a well designed and manufactured piece of kit, but a works item has to be seen and examined to see the high standard of finish and close fitting of each component. I only wish the photographs could show the high standard of workmanship achieved with simple hand tools which was all to common in our industries. For example, the pushers are hollow for lightness and the tapered nuts are lapped to fit the lid.

I have seen two of these genuine enclosed rocker boxes working on bikes, one on a special J.A.B.S. that my friend John Wilkinson had and another on a works Norton based near Liverpool.

Was it the solution that was needed, and did it do the job, but was it too expensive to manufacture for the public? Or was it superseded by the double knocker first used by Nortons in the Leinster 200 in 1937? I hope this article provides some clarity and may be the basis for a good healthy debate." 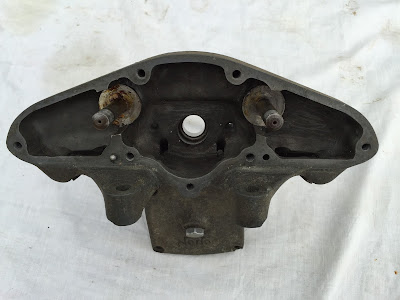 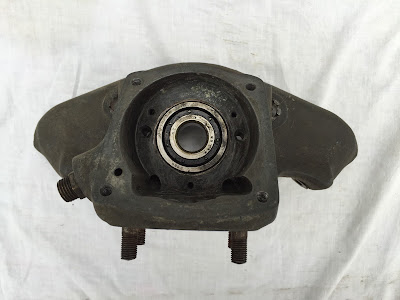 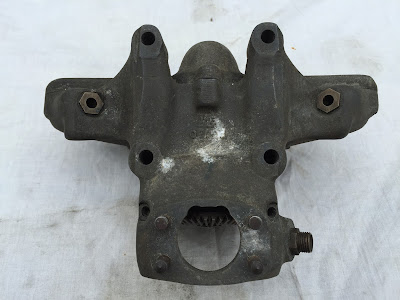 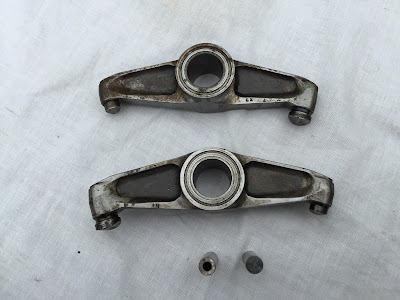