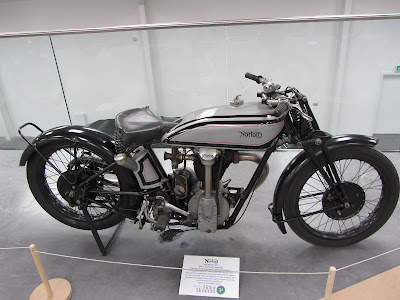 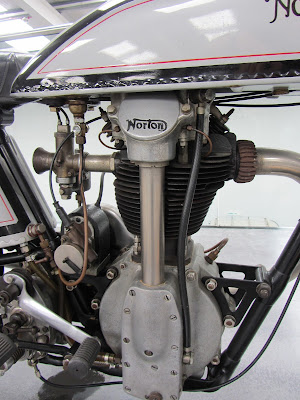 -SG- Alan returned recently from a trip to the Isle of Man - during which he visted the Isle of Man Motor Museum at Jurby and took various photos of a CS1 Norton on display. 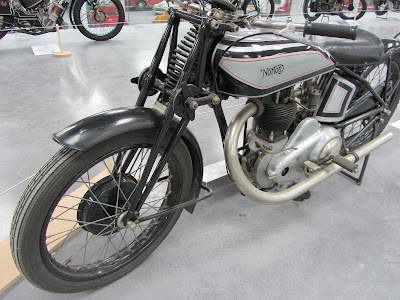 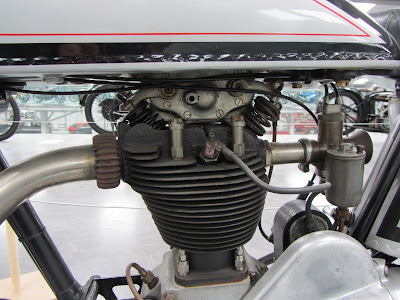 A lot of effort has been put into this CS1 restoration but with rather mixed results. Modern control levers are fitted which might make it convenient to ride but rather spoil the overall effect. As good reproduction inverted levers have been available for decades, I feel this is unfortunate. Then there is the routing of the clutch cable - totally 'arse about face!' It should come down from above with the cable nipple in the low level cable stop. The inlet stub is of the later - longer - type with the hexagon. Not that difficult to change it to the original type. The float chamber is a later Mazak type and the carburetter is Amal rather than Binks. It appears to be missing the exhaust valve lifter mechanism on the cambox, and also the correct crankcase breather and sheet metal cover on the front engine plates. Admittedly, all small points! But where it really fails to hit the mark with me is in the fuel tank lining -  too narrow and not in the right place. This is an all too frequent error by professional tank restorers in particular, who seem to ignore all period photos which would show them just how to do it!
Newer Post Older Post Home