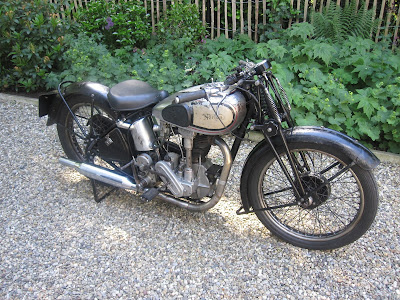 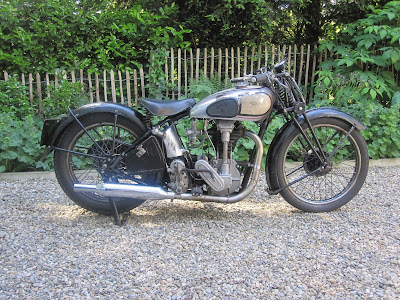 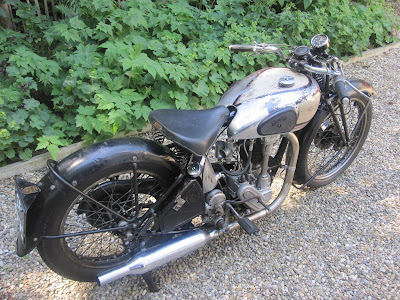 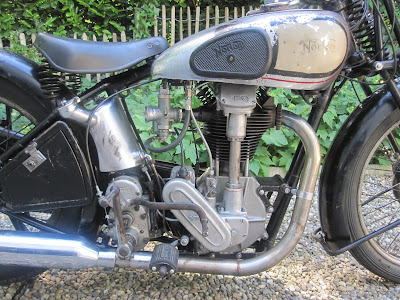 -JdK- This is the 1936 Model CJ that I bought two years ago. These are the pics made before the restoration. 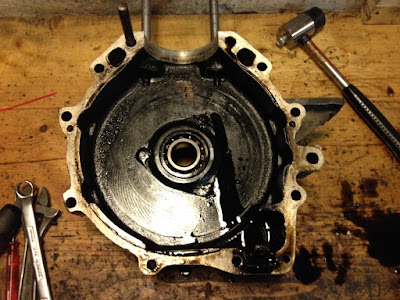 While it looked fine on first sight it needed a full rebuild as usual. The engine wasn't worn that much but incredibly dirty. All bearings, the valves, guides, piston and cams were replaced. One of the 'ears' of the gearbox had broken off and a new one was welded on by Juris who also repaired the top bevel chamber. The girders were bent and needed straightening. Wheels and brakes were rebuilt using new parts. The old paint (probably applied with an old brush by a French farmer over half a century ago) and chrome were left well alone.

It may not be the most spectacular cammy Norton but unlike most 'Inters' this one is still quite original. The numbers of frame, forks and engine are matching. The petrol and the oiltank are correct; it left the factory without lights fitted. The 20" front wheel and Dunlop saddle are correct. The gearbox shell and footrests are from a later 16H Model and the Amal carb is postwar. The records do not provide details about the magneto and I've fitted a BTH KD1 to replace the magdyno it came with.

And it's fun to ride! It does not have the 'punch' of a CS1 but will still do 60 mph easily and it's very comfortable. It revs easily and feels and sounds a bit like a big Honda C50 and that should be considered a compliment! 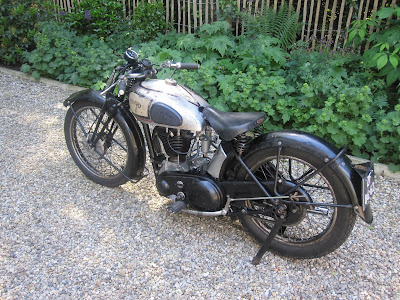 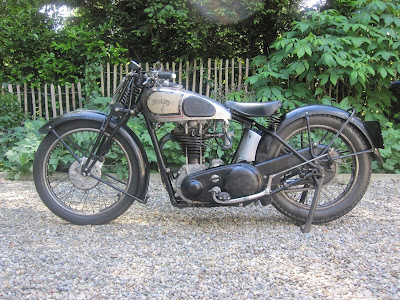 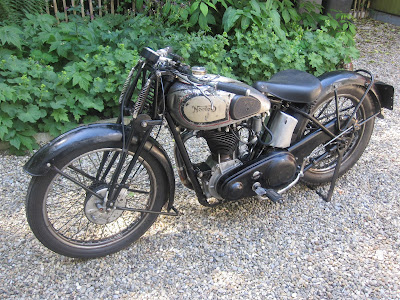 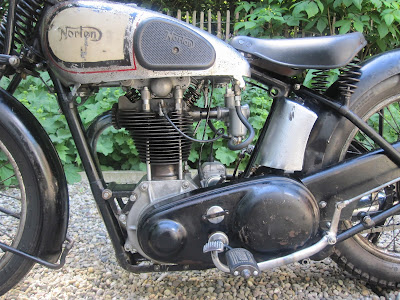