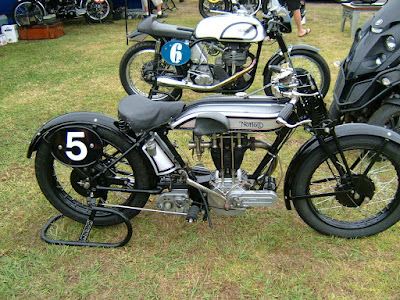 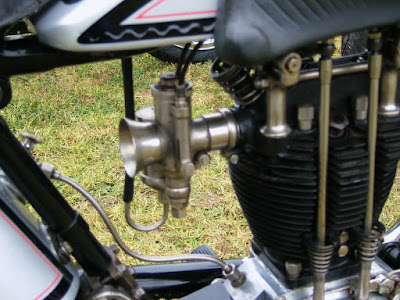 -SG- One of the most photographed flat tankers in New Zealand belongs to Ken McIntosh, whose replica Manx, in the capable hands of fellow New Zealander Bruce Anstey, performed so well in the Classic TT last year. Ken's flat tanker started life as a regular 1928 Model 18 exported to New Zealand in September 1927. Originally it was fitted with a magdyno and twist grips and I think - though the spidery writing in the despatch book is hard to read - a rear wheel drive speedo. 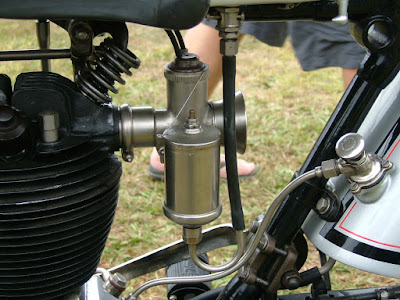 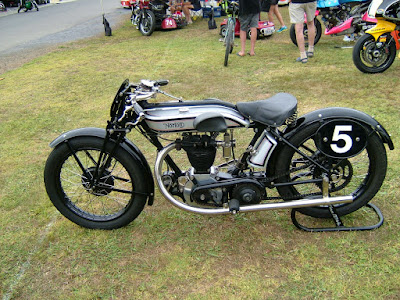 It was rebuilt by Ken over fifteen years ago now, and despite unintentional efforts by myself - and perhaps others - to damage it on odd occasions over the years, it still looks immaculate. It is currently in distinctly sporting trim, fitted with a period Lucas racing magneto and open track Amac carb., which has been converted to needle operation. Piston currently fitted is a standard Hepolite 3478 - the high compression piston (about 7 1/2 to 1) with 5/8" pin used on the Moore CS1s or any other 79mm OHV Norton model of the late twenties / 1930. And for what it's worth, I can confirm that it goes as well as it looks - I was asked to keep it below 80mph, and I think at that stage, it did not have the high compression piston in it.
Newer Post Older Post Home