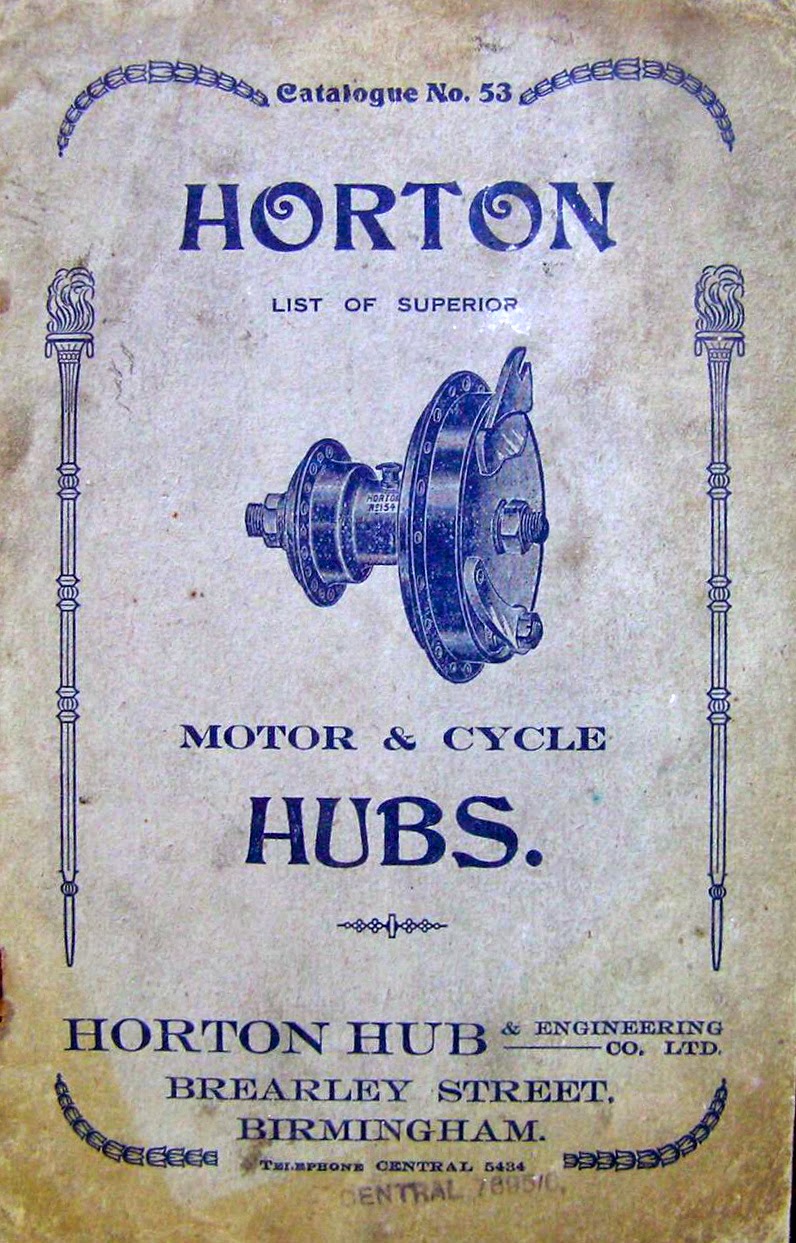 -SG- Horton front hub brakes were used by Nortons from the early twenties through to the introduction of Norton's own wheels/hubs in, I believe, late 1931. Initially a three inch diameter version was used, then four inch (see Ralph Cawthorn TT machine photos), then five inch, with the seven inch size first making an appearance on 1927 machines. An undated Horton booklet from, we think, about 1923  has been photographed by Howard and is now available via this link.
Newer Post Older Post Home