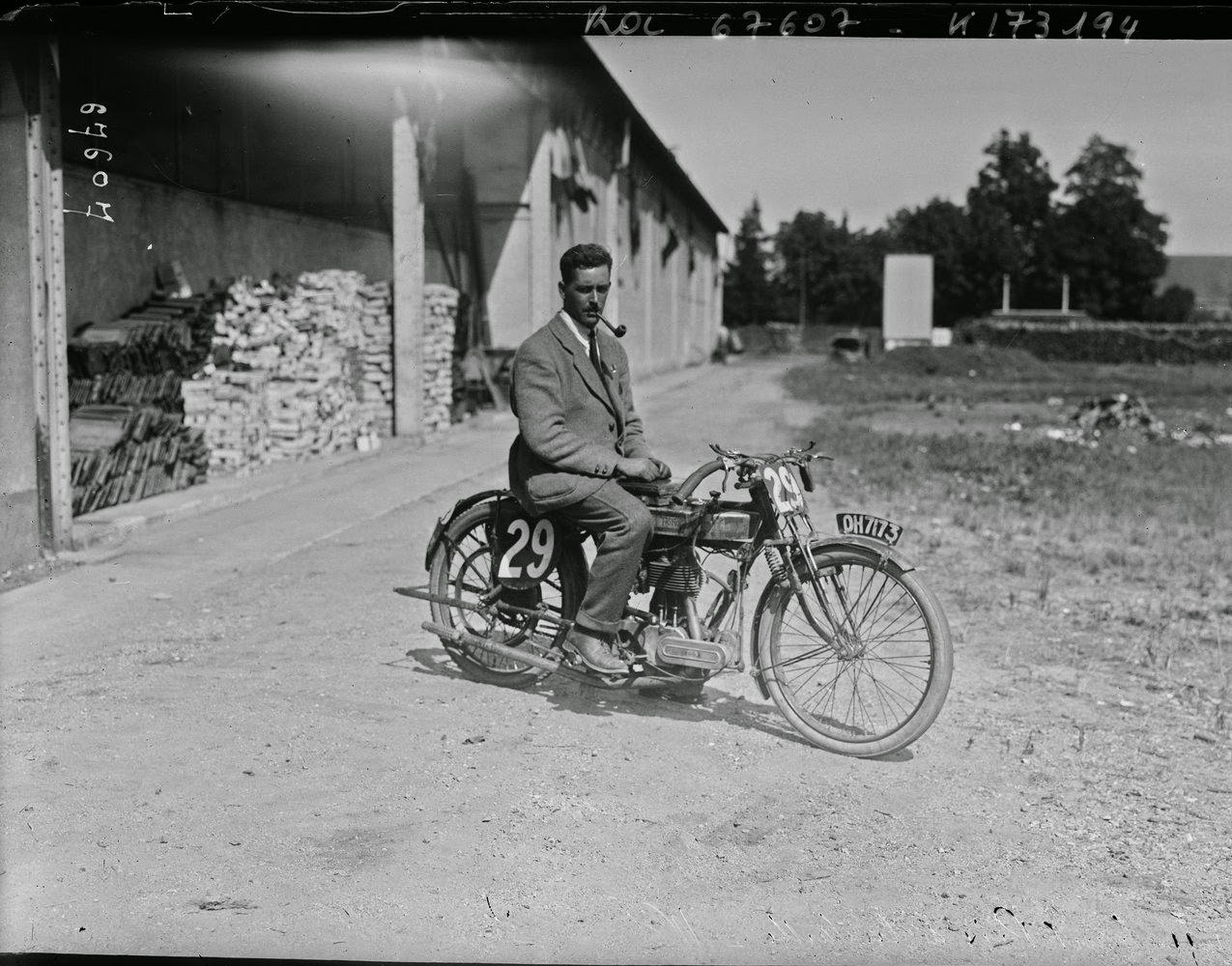 -SG- Roger has recently drawn my attention to a few really excellent Norton photographs in the French National Library. Here's the first of them, showing Graham Walker - plus pipe, of course - on 22 July 1921 at the weigh-in for the 'Grand Prix de la Sarthe'. Vic Horsman also competed on a Norton in this event. As to the bike Graham was using I guess all one can call it is a racing version of a 16H which is what the works riders were using at this stage.

Roger informs us that the 1921 'Grand Prix de la Sarthe' was held at Le Mans and both Walker and Horsman retired with punctures. Walker may have had mechanical problems on his first lap as he stopped and then re-started. The Motor Cycle report mentions him pushing his Norton, with cigarette in hand! Horsman  retired with a flat tyre and almost certainly Hassall - another works entry - did so too.  The race was won by Alec Bennett with T C de la Hay second, both on Subeams.

Roger has scanned a drawing of Horsman from The Motor Cycle (below): the draughtsman was none other than F Gordon Crosby, a celebrated artist of motoring scenes prior to WW2. 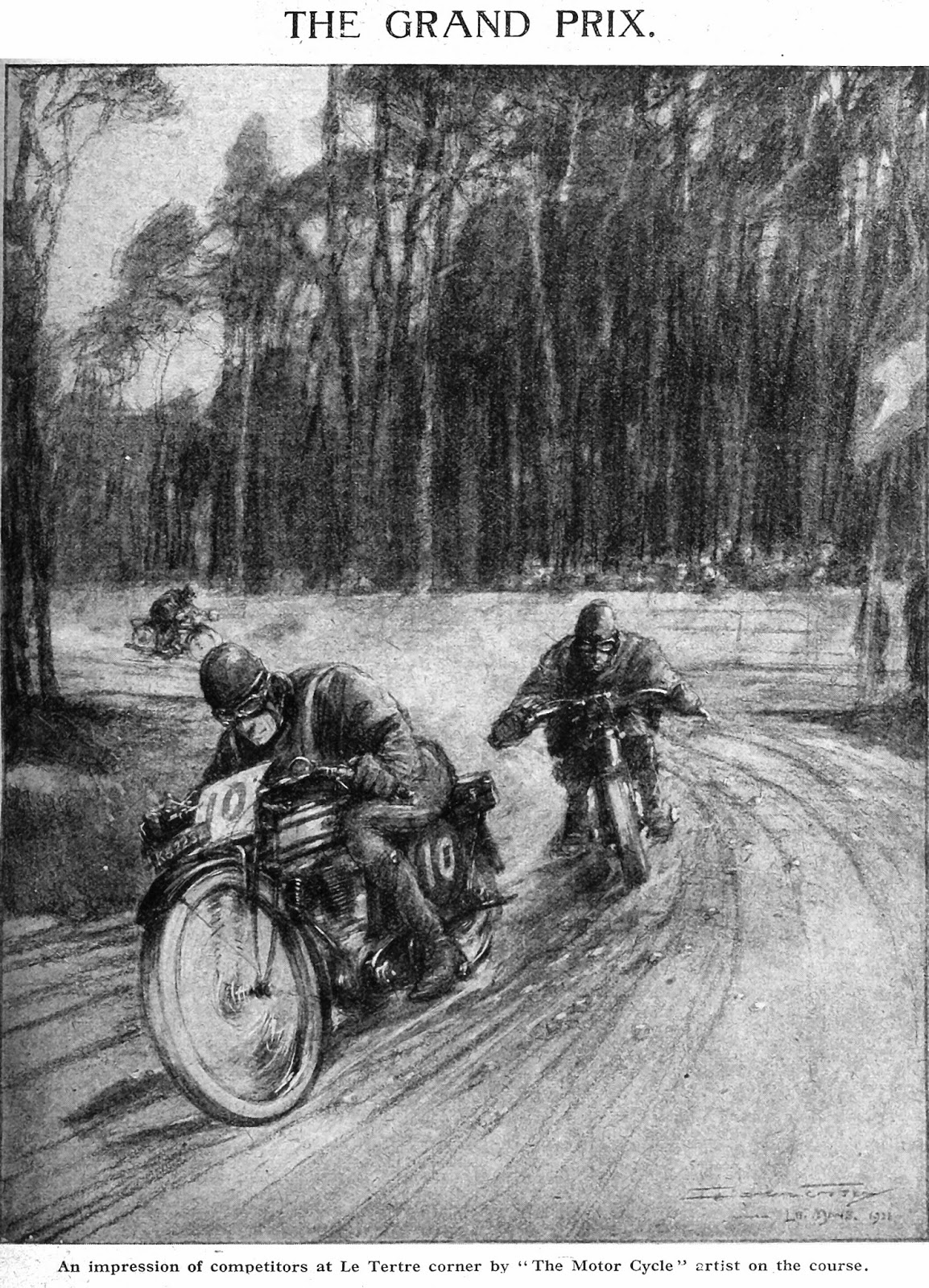