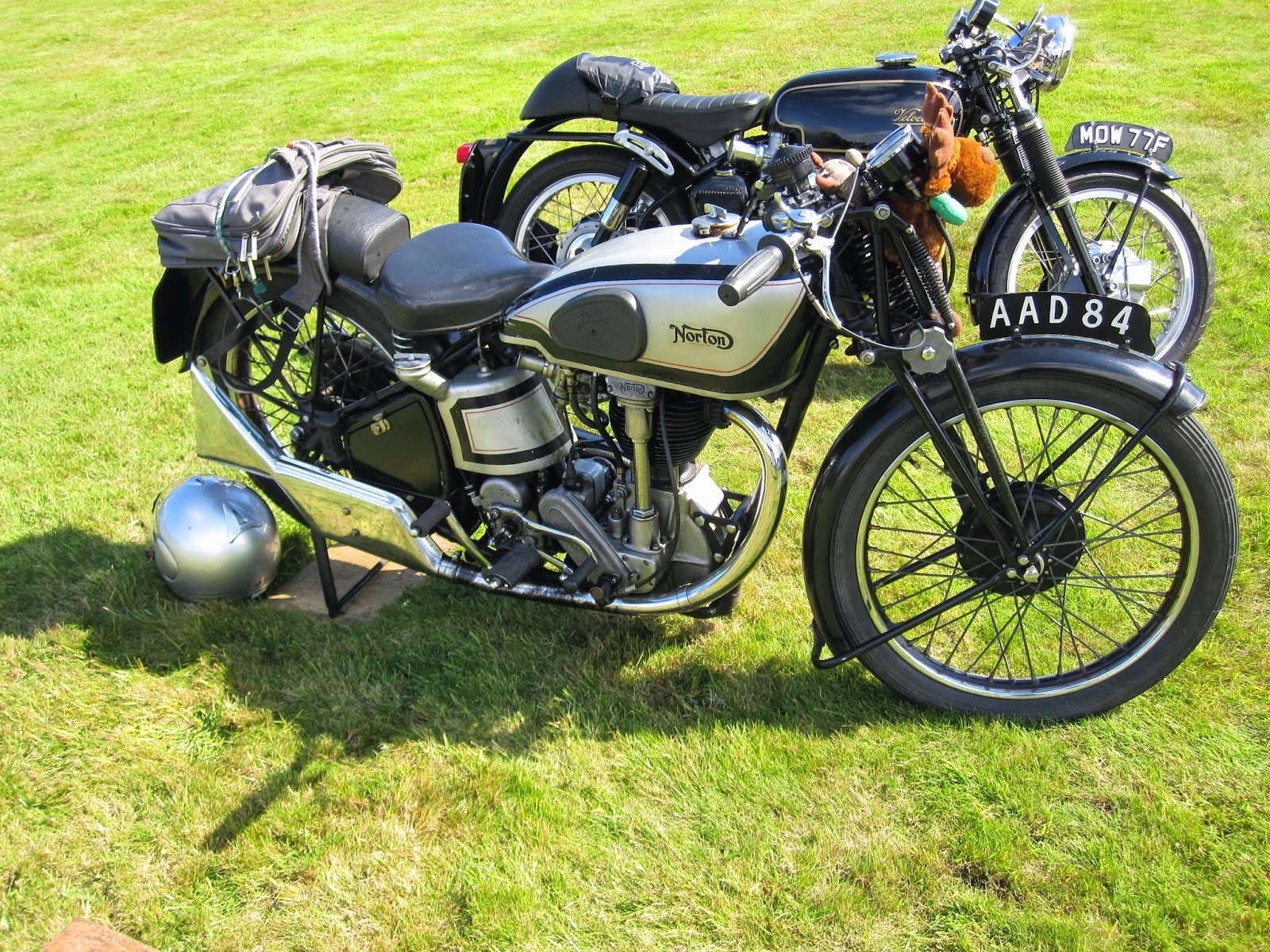 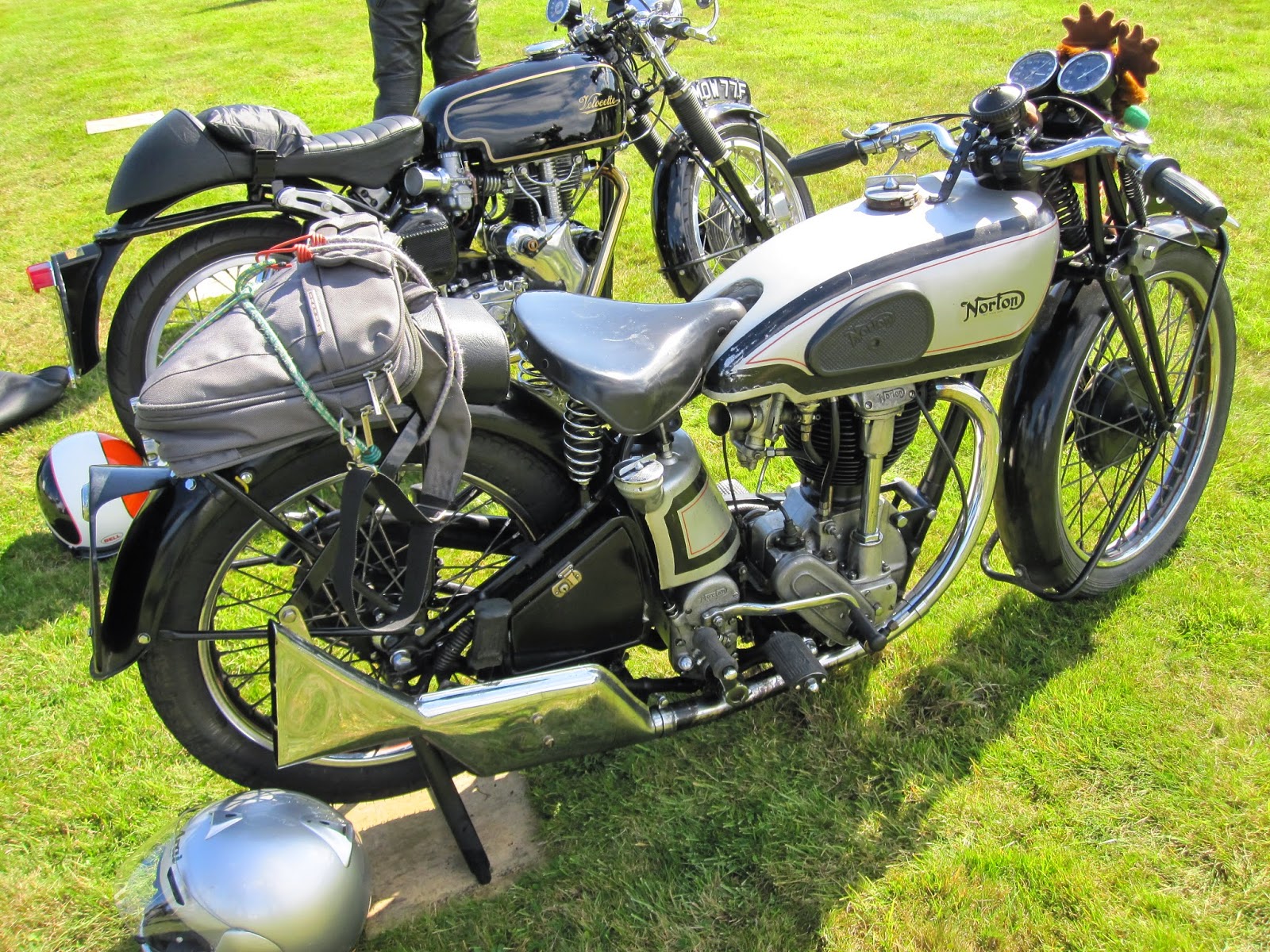 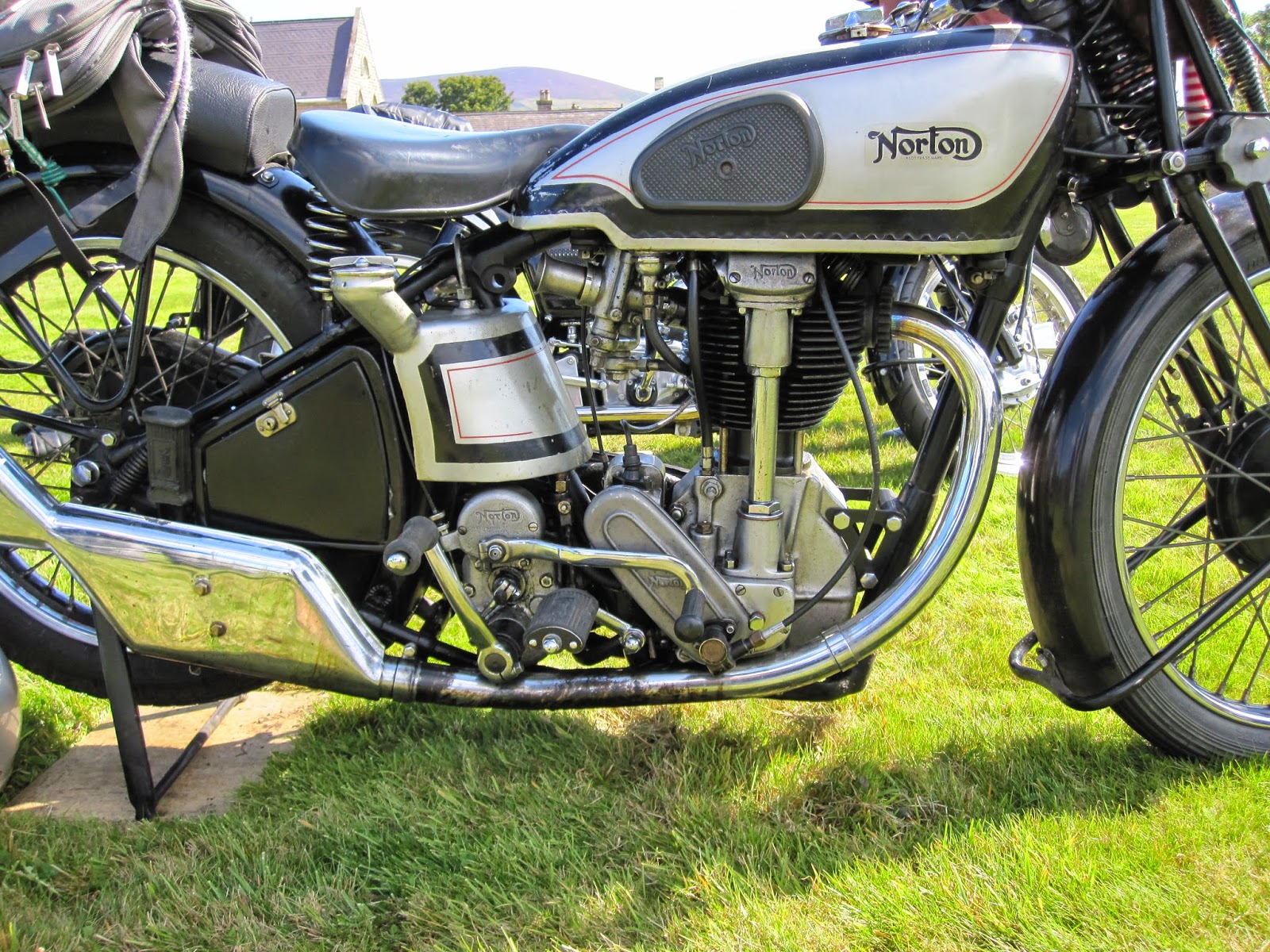 -JdK- Spotted at the Isle of Man a few weeks back; a very nice Model 30. Richard had a closer look: "I first thought "what a nice original 1935 bike". On further checking, like many other bikes including my own, details don't quite tally up. The frame number falls in the 1933 series and the engine just into 1936, although '35 and '36 engines are the same. All the other parts would fit in nicely for 1935 except the front forks; Norton never fitted a nearside brake in combination with narrow forks to Inters. The forks fitted to this bike are actually the trials specification, probably off a trials spec. Model 18 and if you zoom in the picture you can see the bottom yolk has provision for the standard friction damper plates instead of the Inter type yolk when used with the Andre damper." 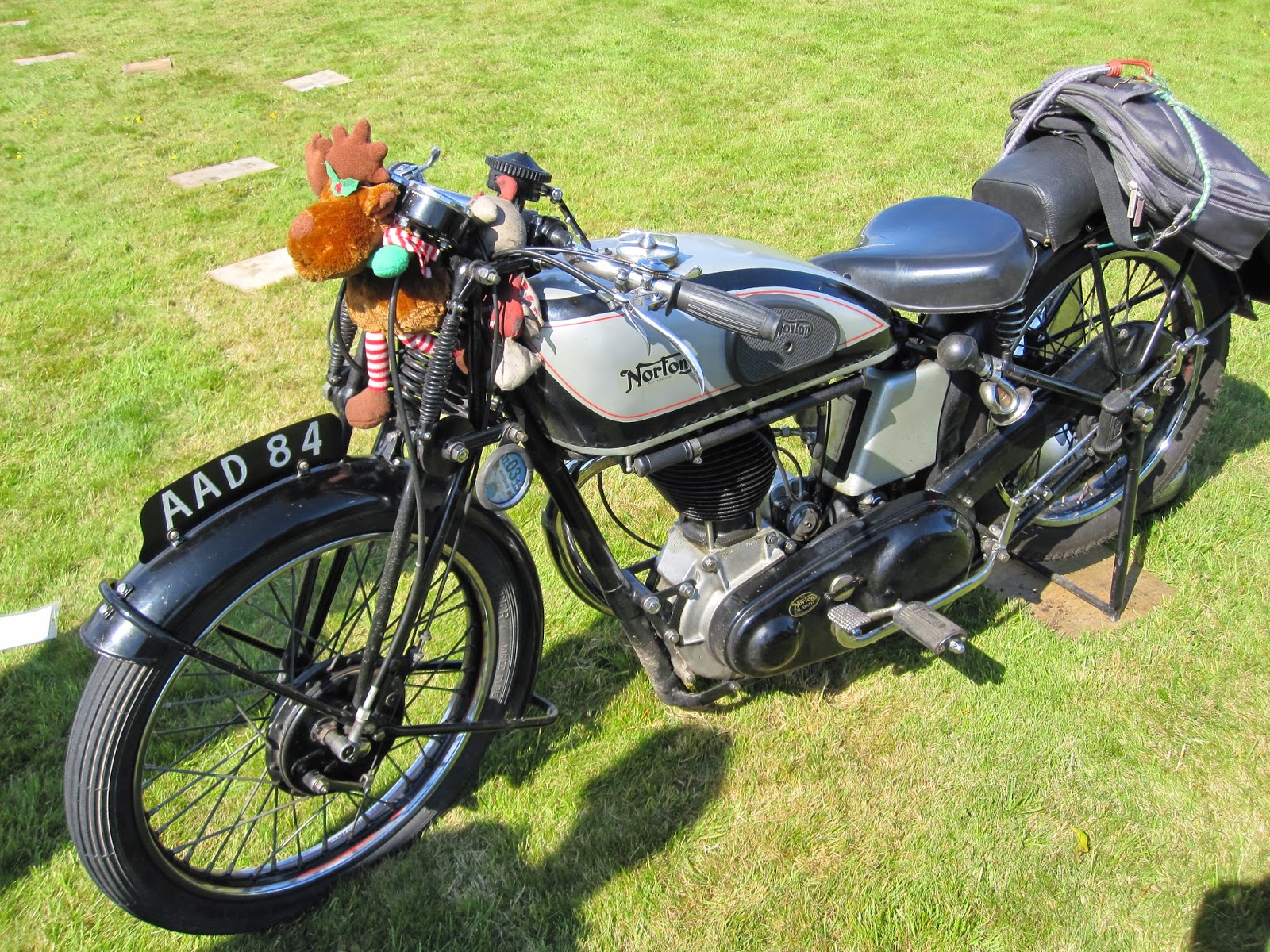 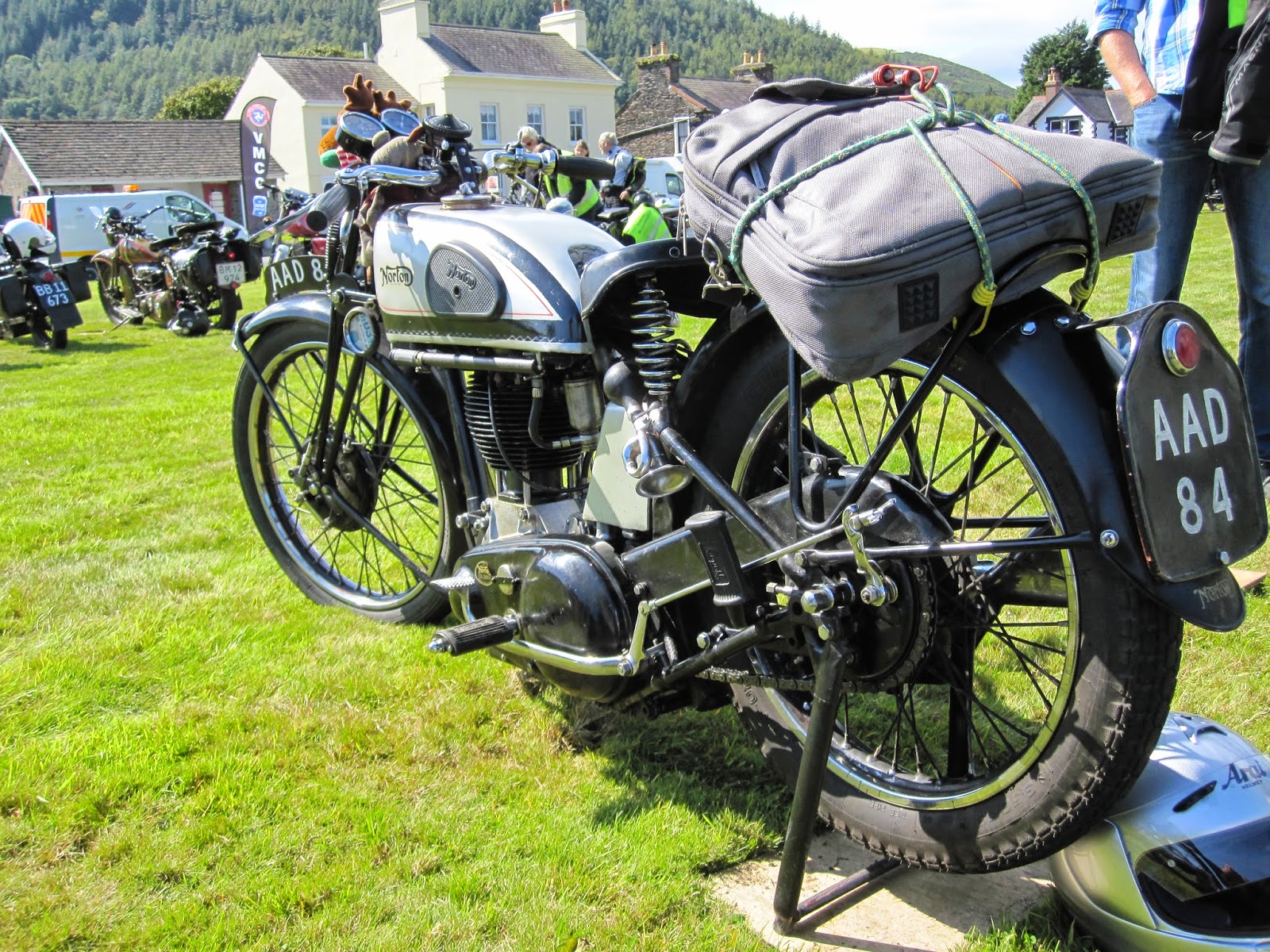 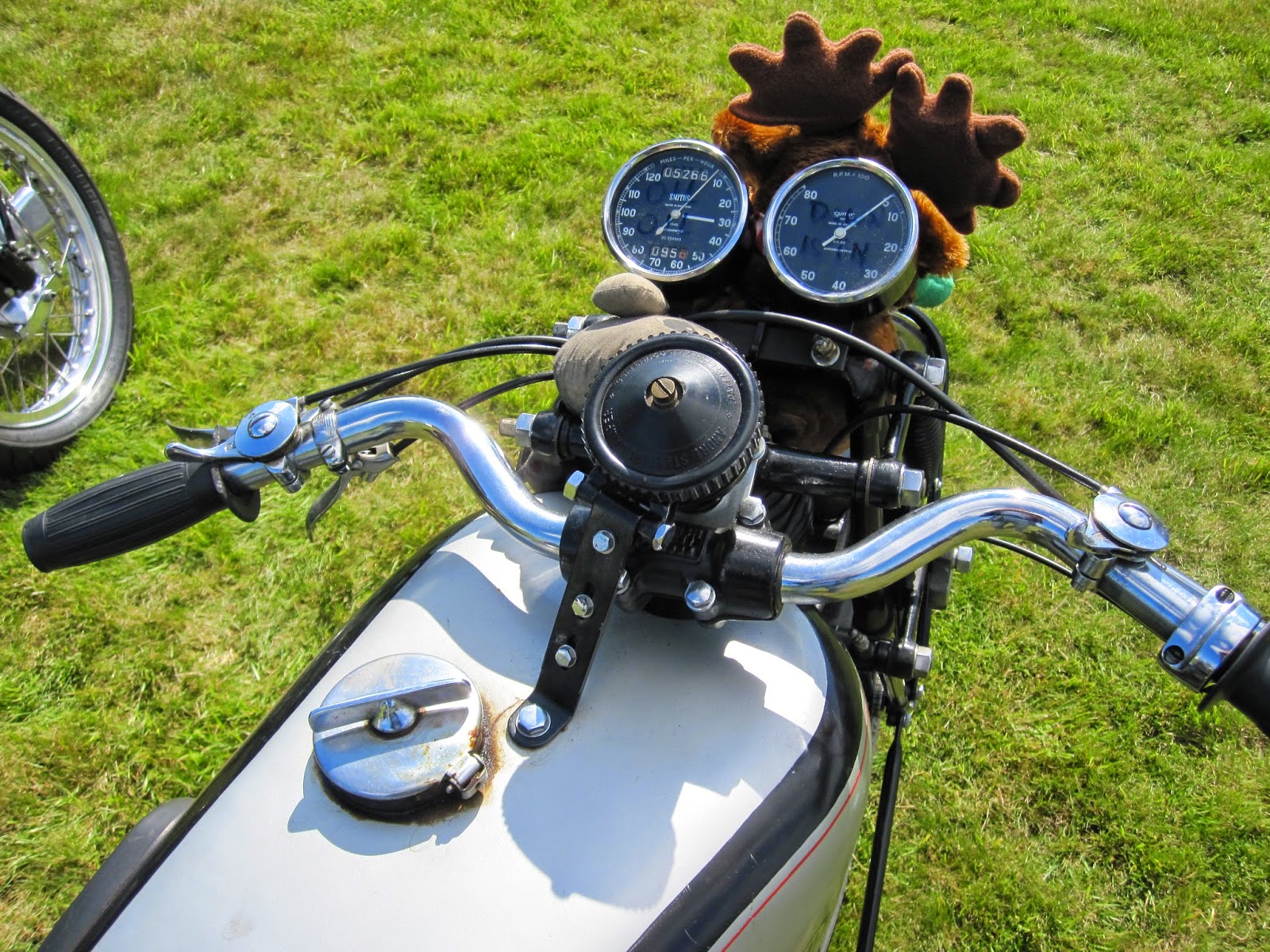