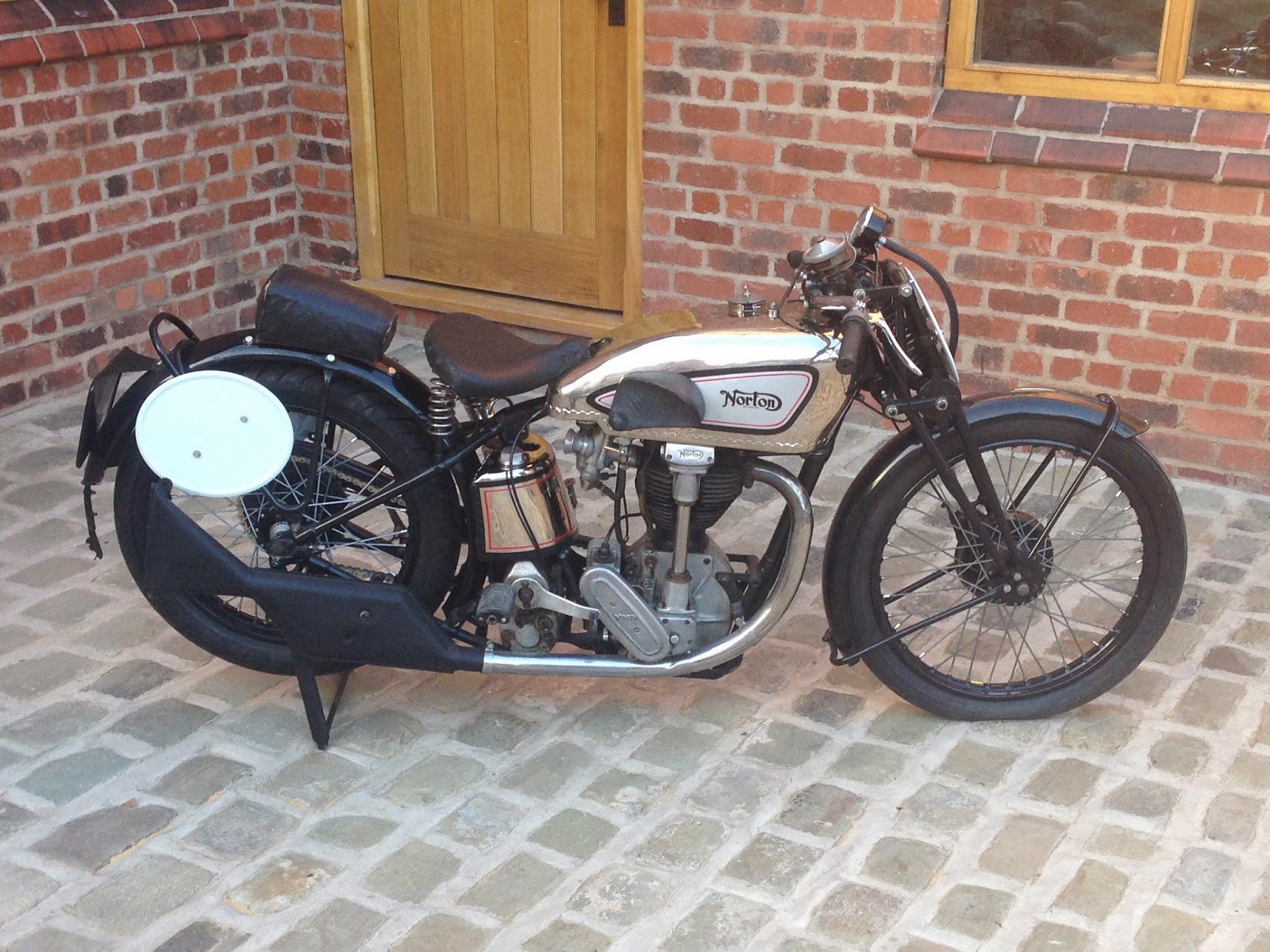 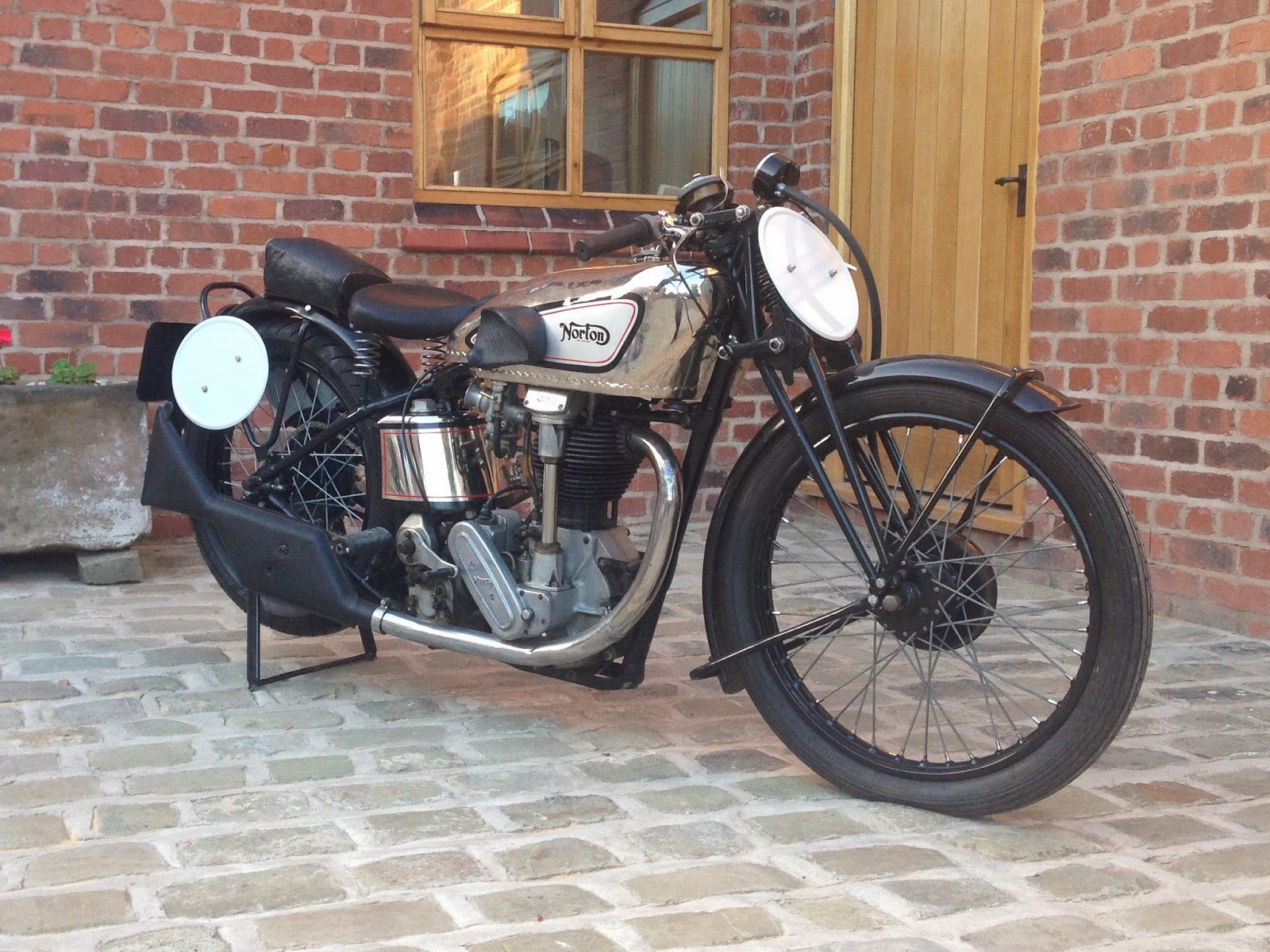 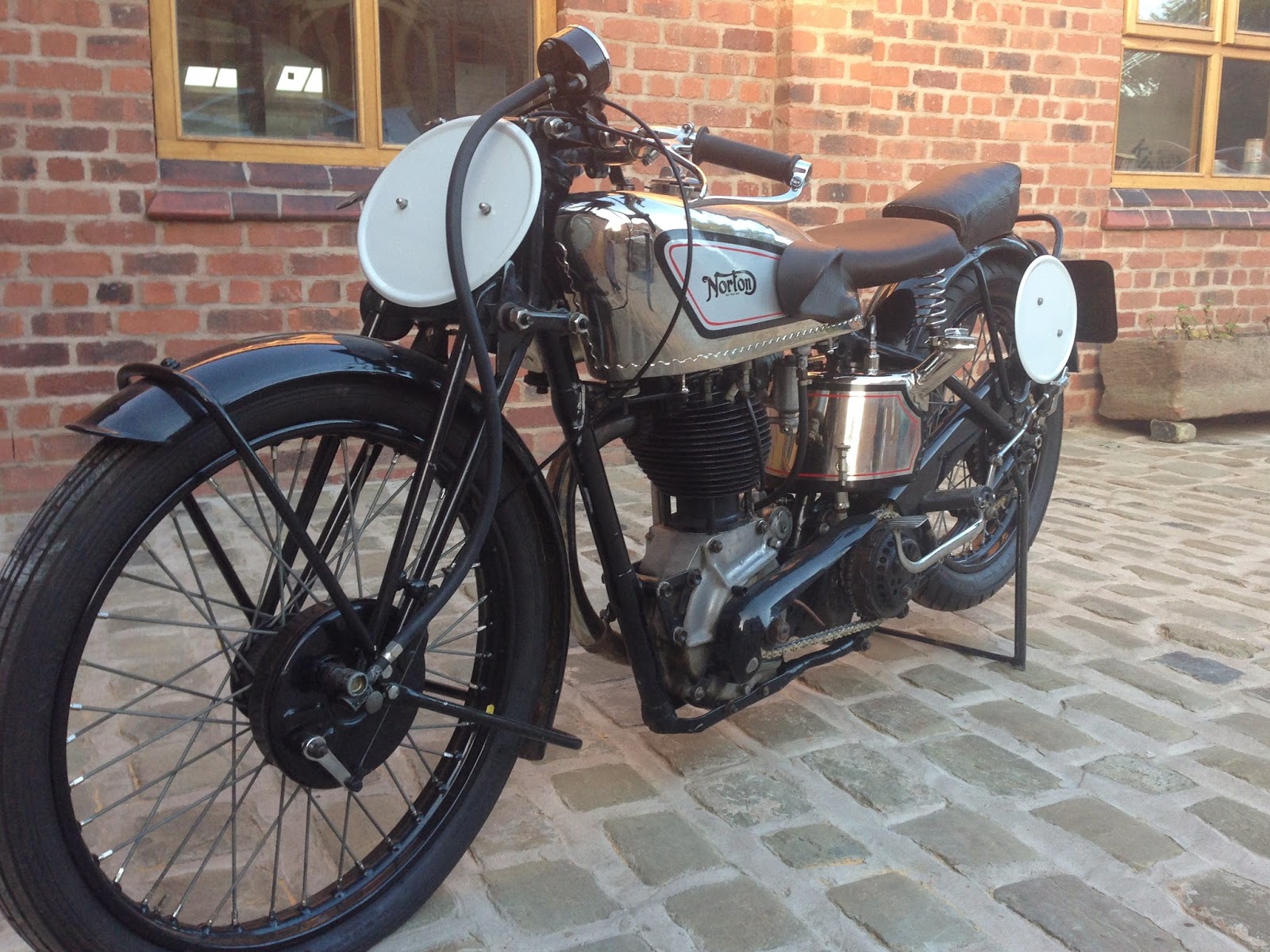 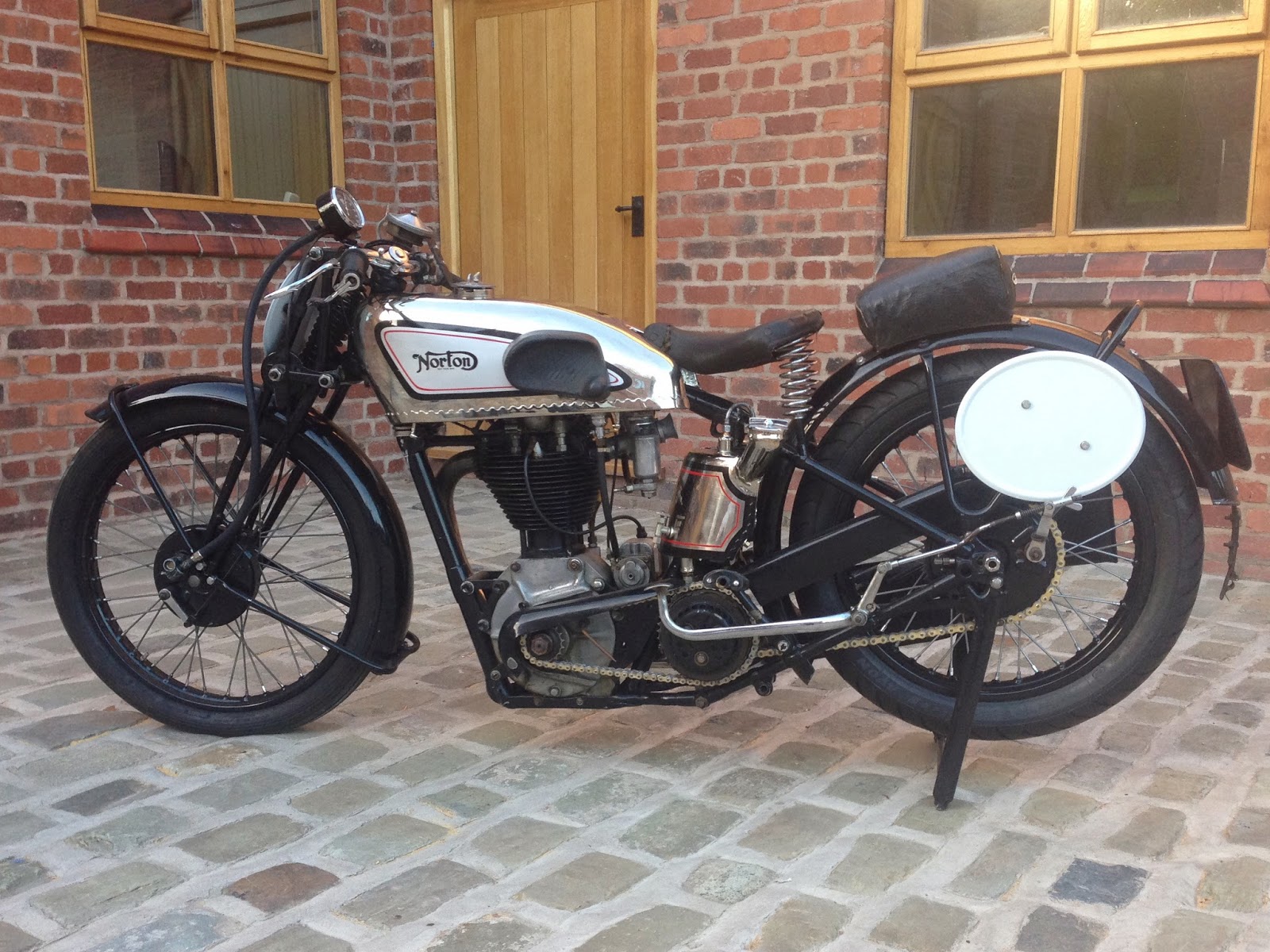 -JdK- Michael in the UK sent us some pics of his 1932 Model 30 Norton - before (below) and after restoration (above). Michael informs us that the oil tank on the restored bike was remanufactured; the petrol tank was a major piece of work requiring unsoldering and resoldering from its individual components; it was replated in nickel as nickel was present underneath the old paint.

-Richard- The bike in it's pre-restoration condition looks quite original and the numbers put it well into 1932. The major components look original but the bike looks as if it has been used in competition and has a few up-dates. The oil tank appears to be a 1934 onwards standard road version which has been extended to a full width size. The magneto is a later BTH KD1 and the carburettor is a later type of Amal TT than the original brass one. The original Sturmey-Archer clutch and engine shock absorber have been replaced by later Norton parts that have been lightened and an open chain-guard fitted. Other parts that have been changed are the rear mudguard/lifting handle for a standard range type, footrests and the rear brake pedal are the racing type and a shorter aluminium gear change lever which is probably home made.

In it's post restoration condition Michael has replaced the oil tank with an original looking item. The bike looks very well presented; the petrol tank lining has been copied from this one and this one. 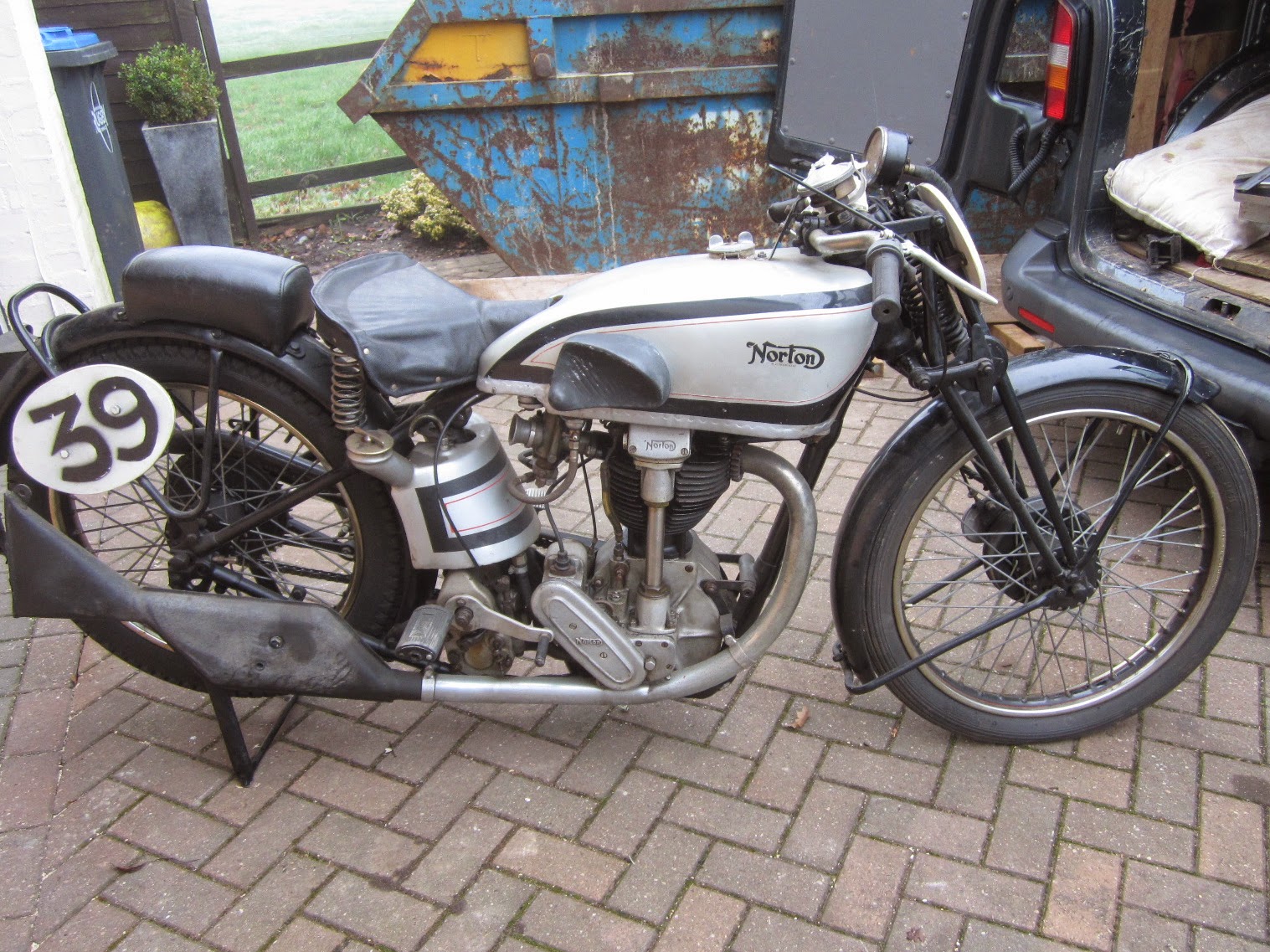 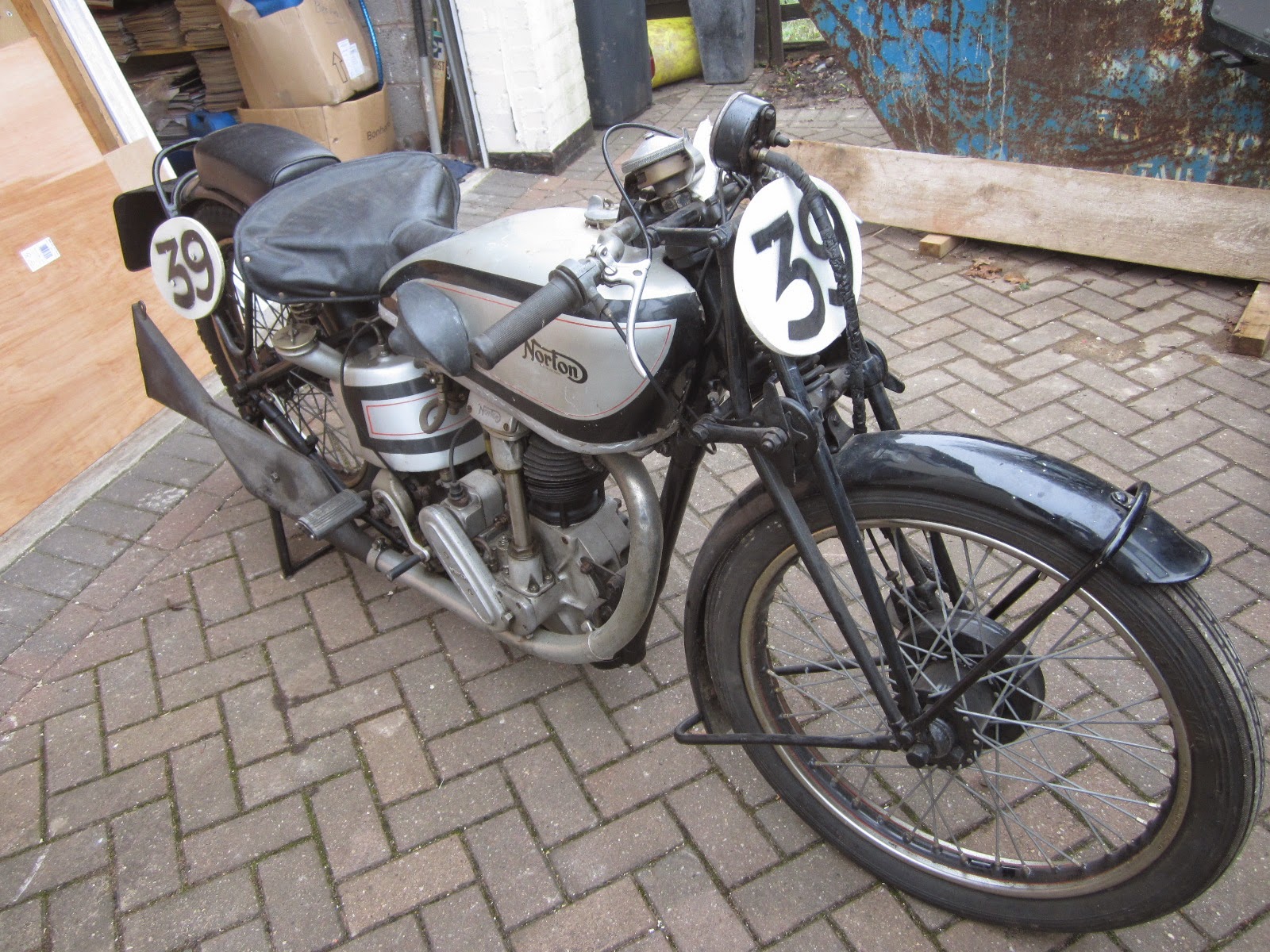 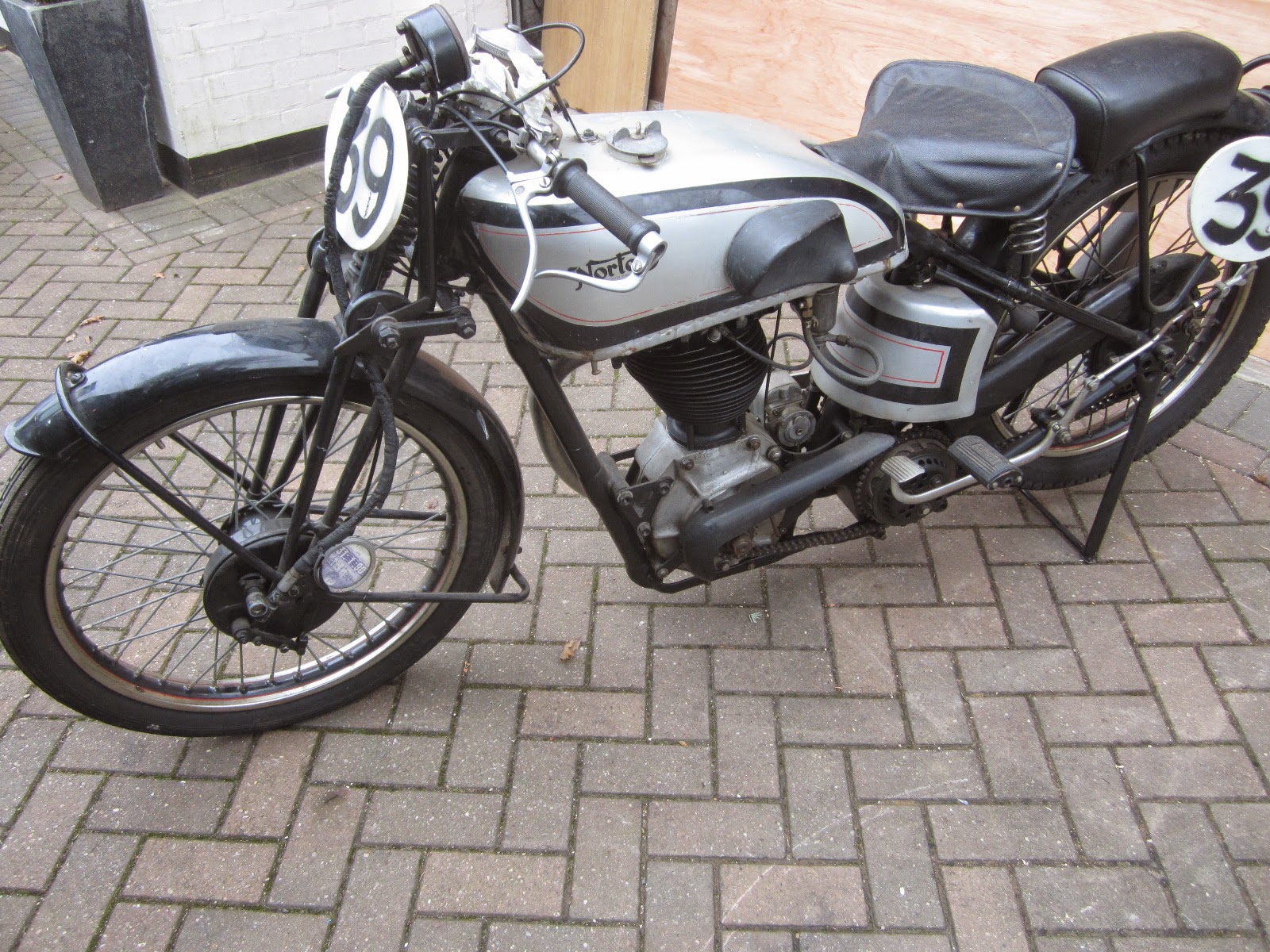