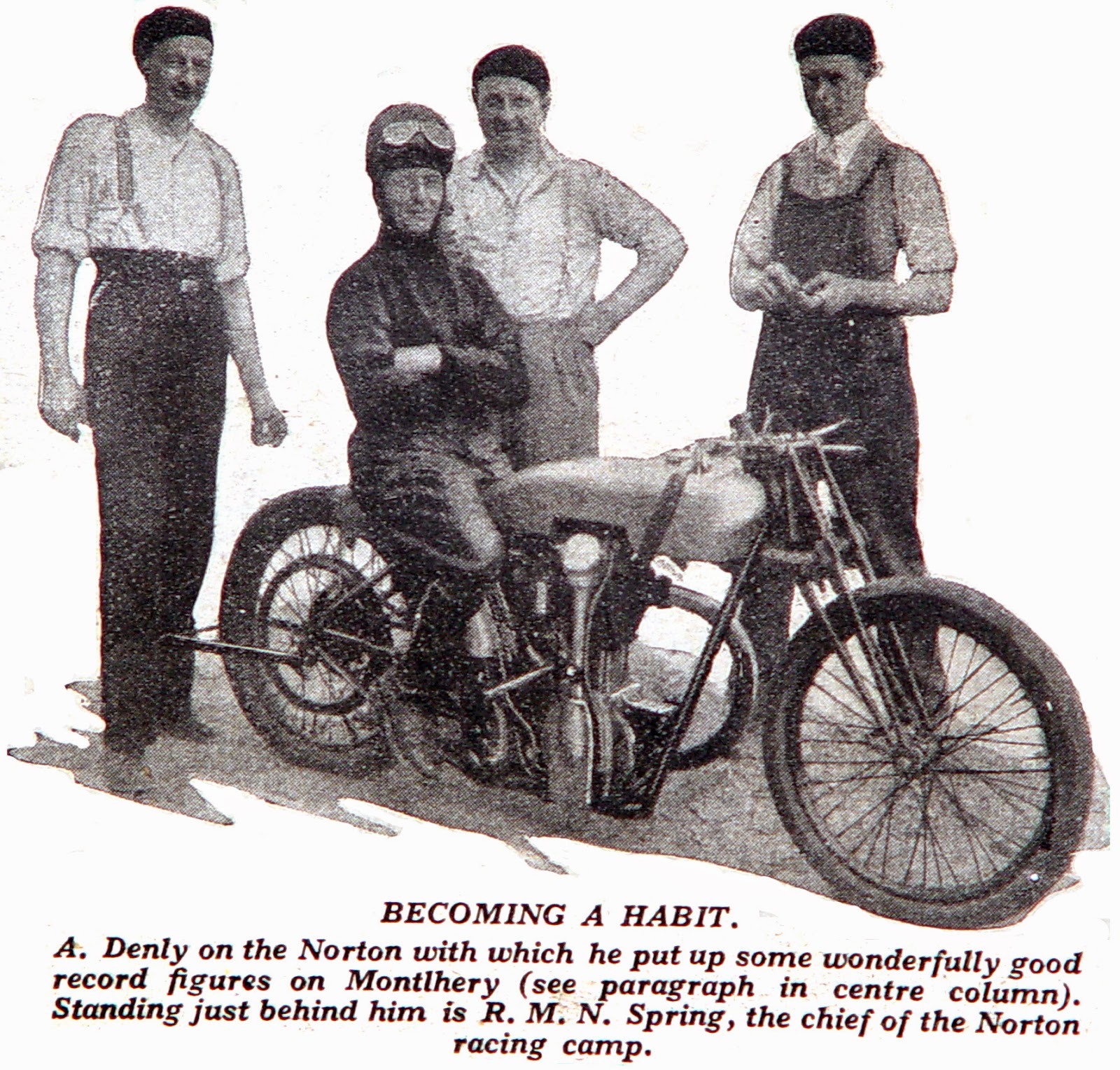 -SG- Roger has sent in an interesting suggestion re the speedy OHC side-car outfit advertised by Pat, in that it might have been the special 588 CS1 as used by Spring, Denly and the team to get more records at Montlhery in late summer 1928. Roger has sent a new scan of the relevant news cutting (original source unknown but perhaps Motor Cycling) which has also appeared in his  book. The bike looks rather incongruous with the usual track dummy belt rim rear wheel but the very tall engine and seemingly longer than usual frame down-tubes (front one about plus 2 inches/50mm) are evident. For road use, we assume of course that the normal CS1 wheels and brakes were re-fitted ... Worth just mentioning that 588 Moore CS1s were produced in very, very small numbers. I have found one other in my excursions into the despatch books, and that was delivered rather later to George Slade, the dealer and side-car trials exponent in Penn, Buckinghamshire.
Newer Post Older Post Home