-SG- Alan has recently provided photos of his 1930 Model 18 - albeit despatched to New Zealand in September 1929. It is nice to record that it still has its original frame, engine and magdyno although the gearbox may have been changed for an identical type at some stage (note the speedo drive on the front of the box). Before we rush past the photos as just another Model 18, it's worth pointing out that this is one of the very first 1930 Models to be produced and still had the '28/'29 oil pump fitted rather than the Mark V Best and Lloyd. Like a lot of 1930 Model 18s, the 1929 barrel casting was used, and the frame is stamped up '588' plus the frame number. 1929 588 frames had to be used on the 1930 Model 18s to accommodate the extra engine height with the cast alloy rocker box. 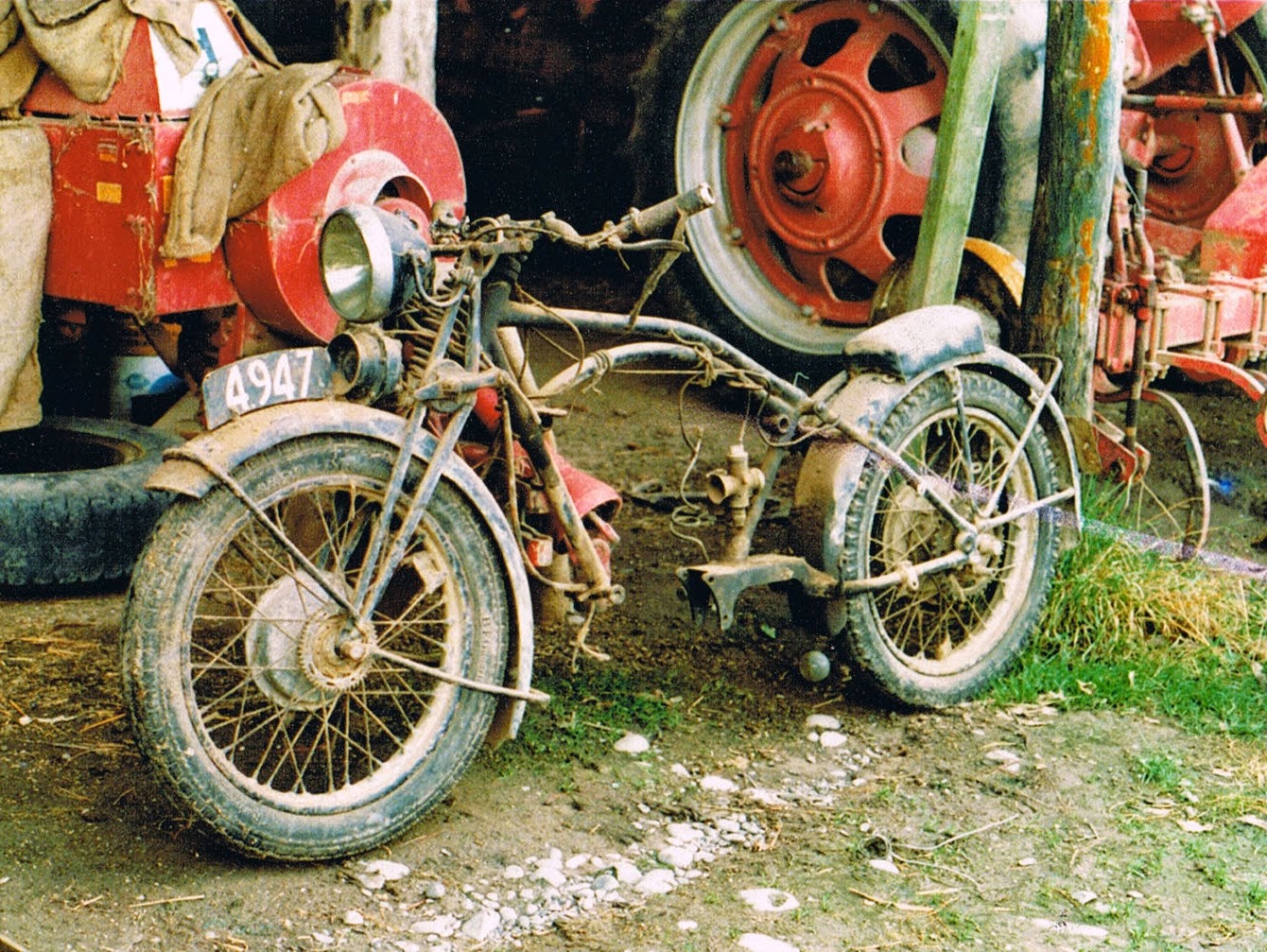 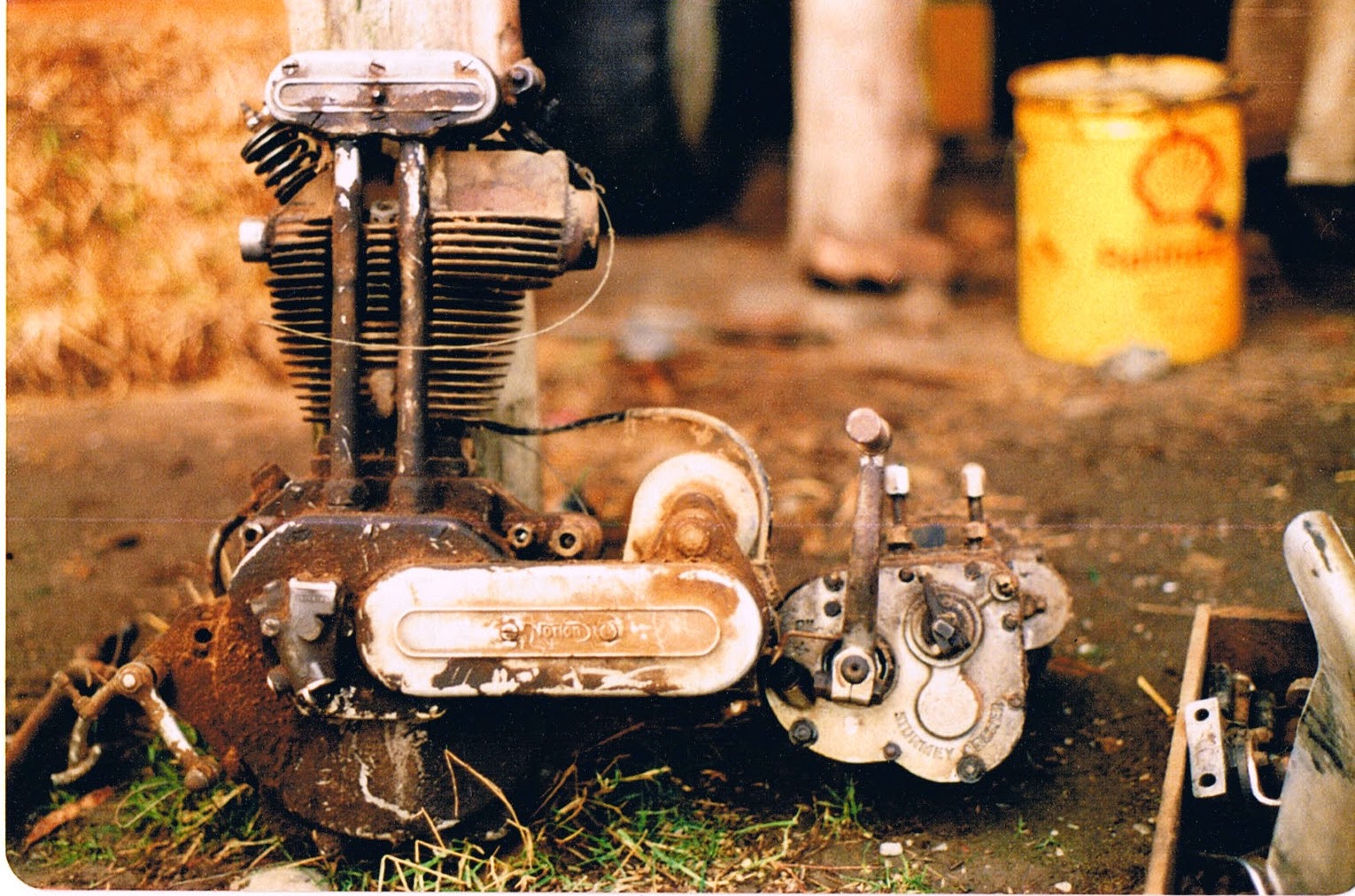 Alan used the bike back in the sixties and seventies - incidentally the photos show it before and after its first rebuild - and now plans to do it all over again as a retirement project! The registration documents have also survived and are provided too. These are especially interesting as apparently all early vehicle registration particulars were scrapped by a thoughtless New Zealand bureacracy some time back. 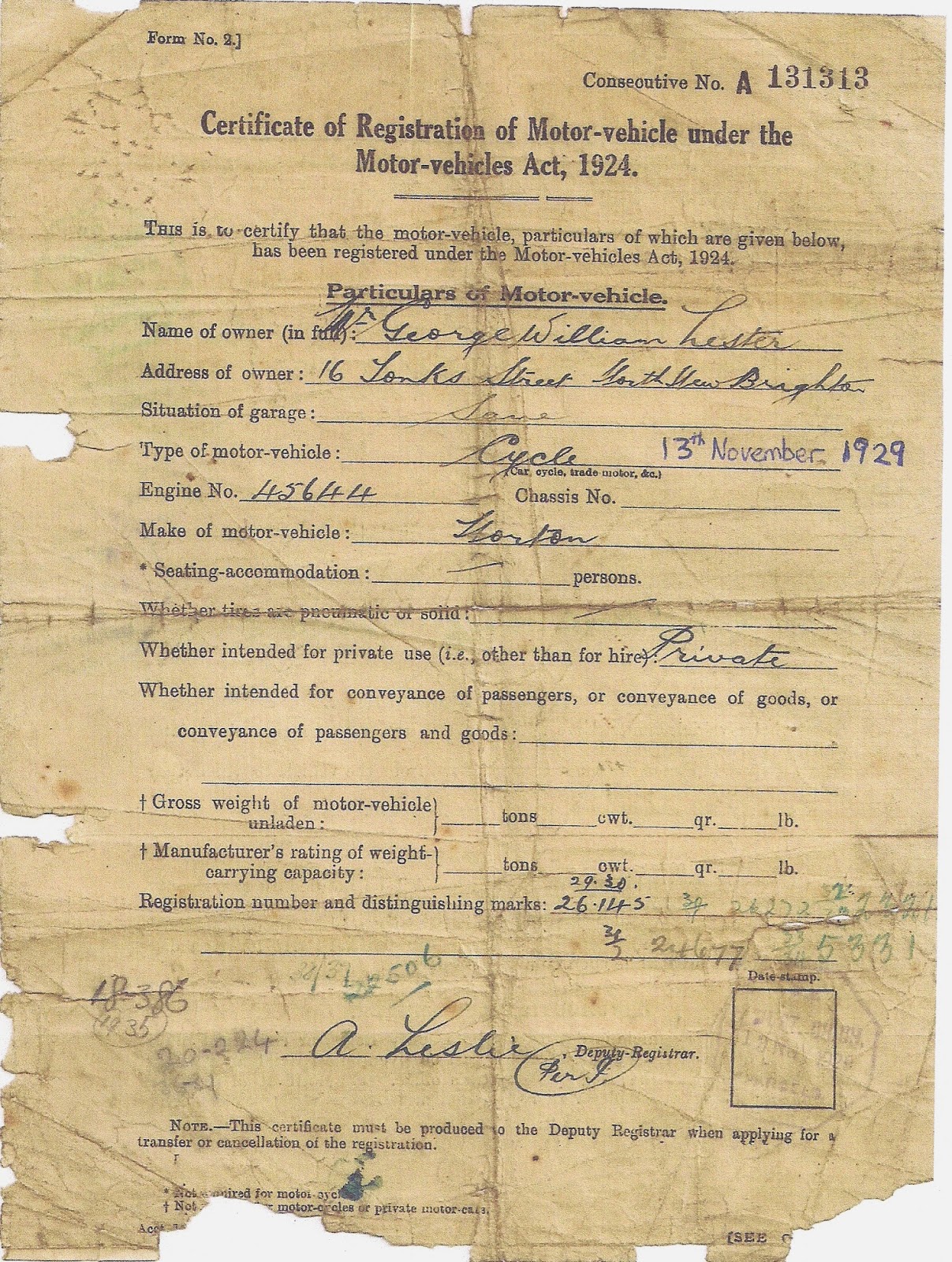 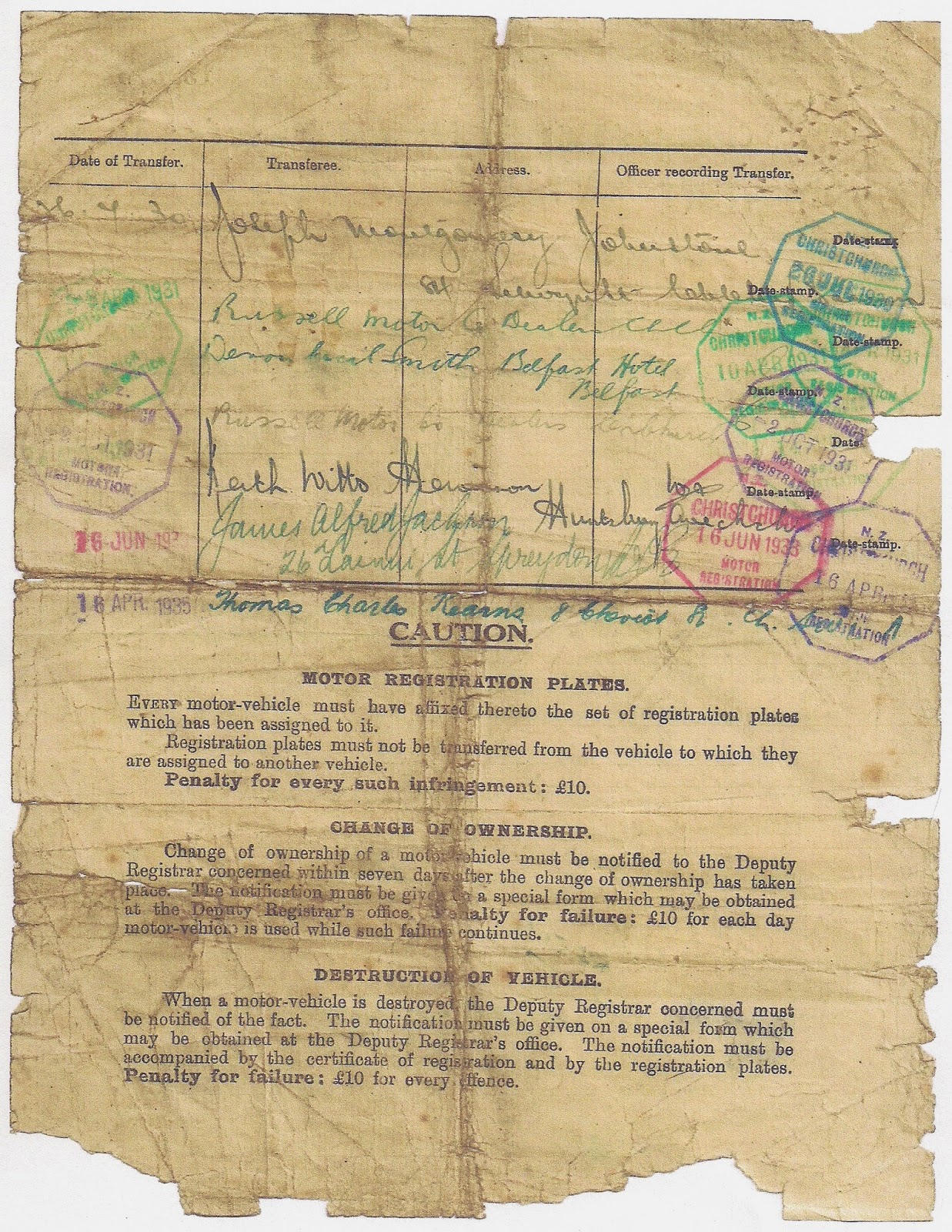