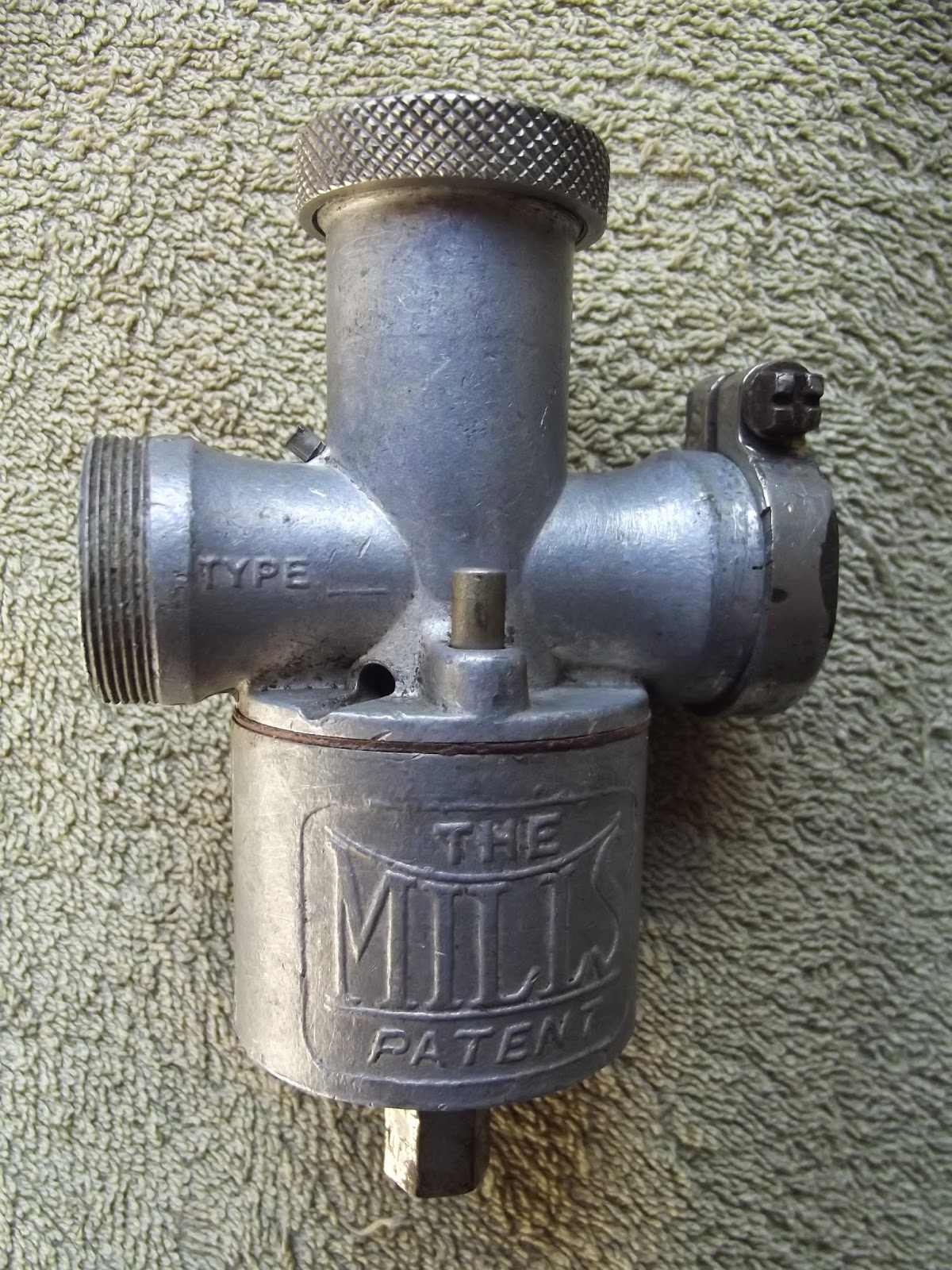 -SG- While attention tends to focus on OHV models, it should not be forgotten that several thousands of SV Nortons were produced before 1940. And of these, a fair number were Big Fours, serving many a family as reliable transport with side-car attached. During the early twenties the Big Four was fitted with the Mills carburetter - patented in 1919. This in due course became the Villiers carb. which many of us of a certain age came to know from our earlier days of motorcycling on Villiers engined lightweights. I have to say I don't think I have ever seen an early twenties Big Four fitted with a Mills but I guess there must be some out there somewhere!

I am indebted to Richard Rosenthal - a regular contributor to Classic Motor Cycle - who has kindly provided me with a copy of the appropriate Mills booklet, now available via this link in case it's of interest. Peter Thompson (Thompson's Motorcycle Museum in New Zealand) happens to have an actual Mills carburetter - more or less all there -  and has sent the photo above. Whether it's ex -Norton, he doesn't know and nor do I, but it fits a 1" OD stub!
Newer Post Older Post Home