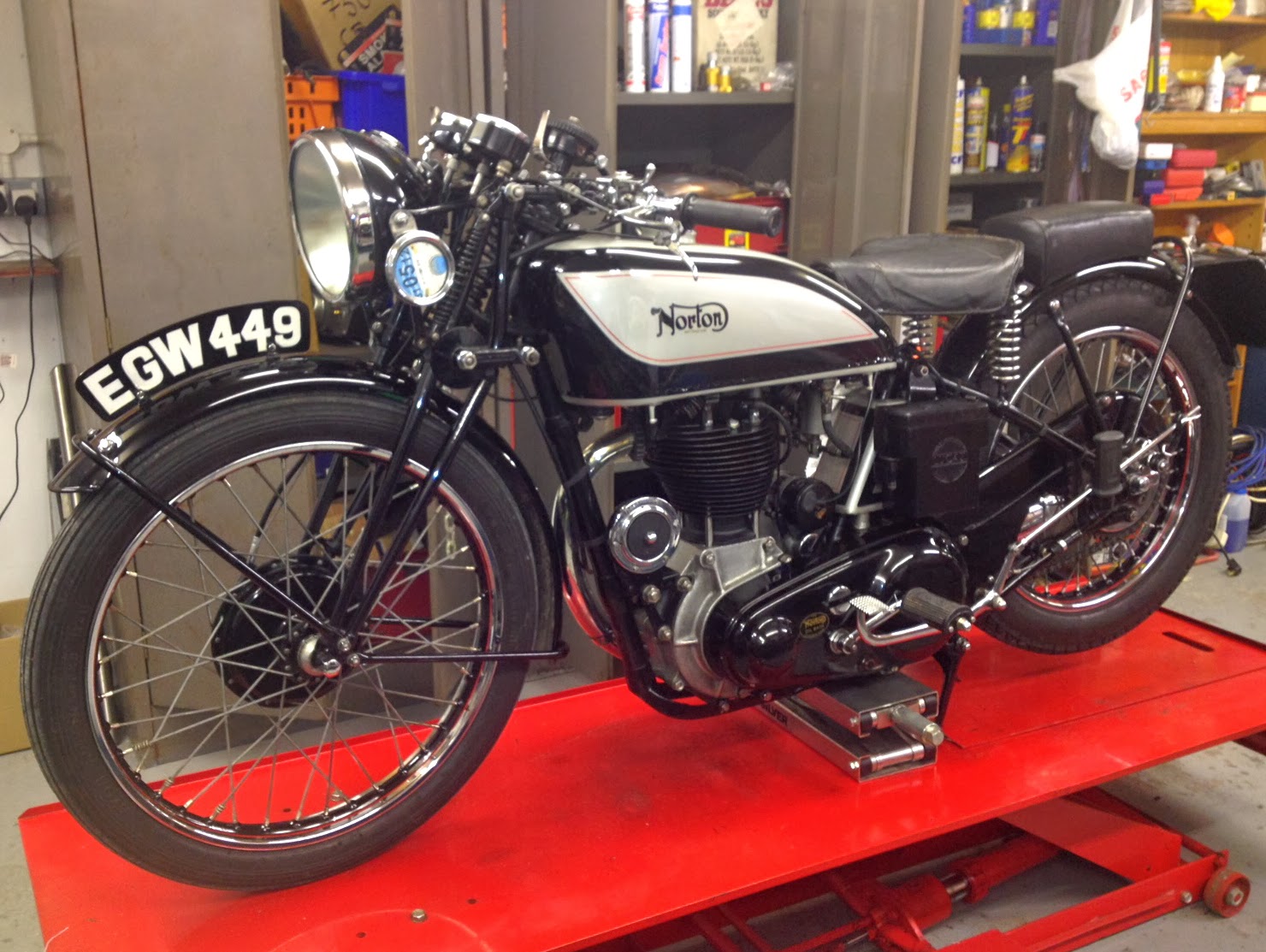 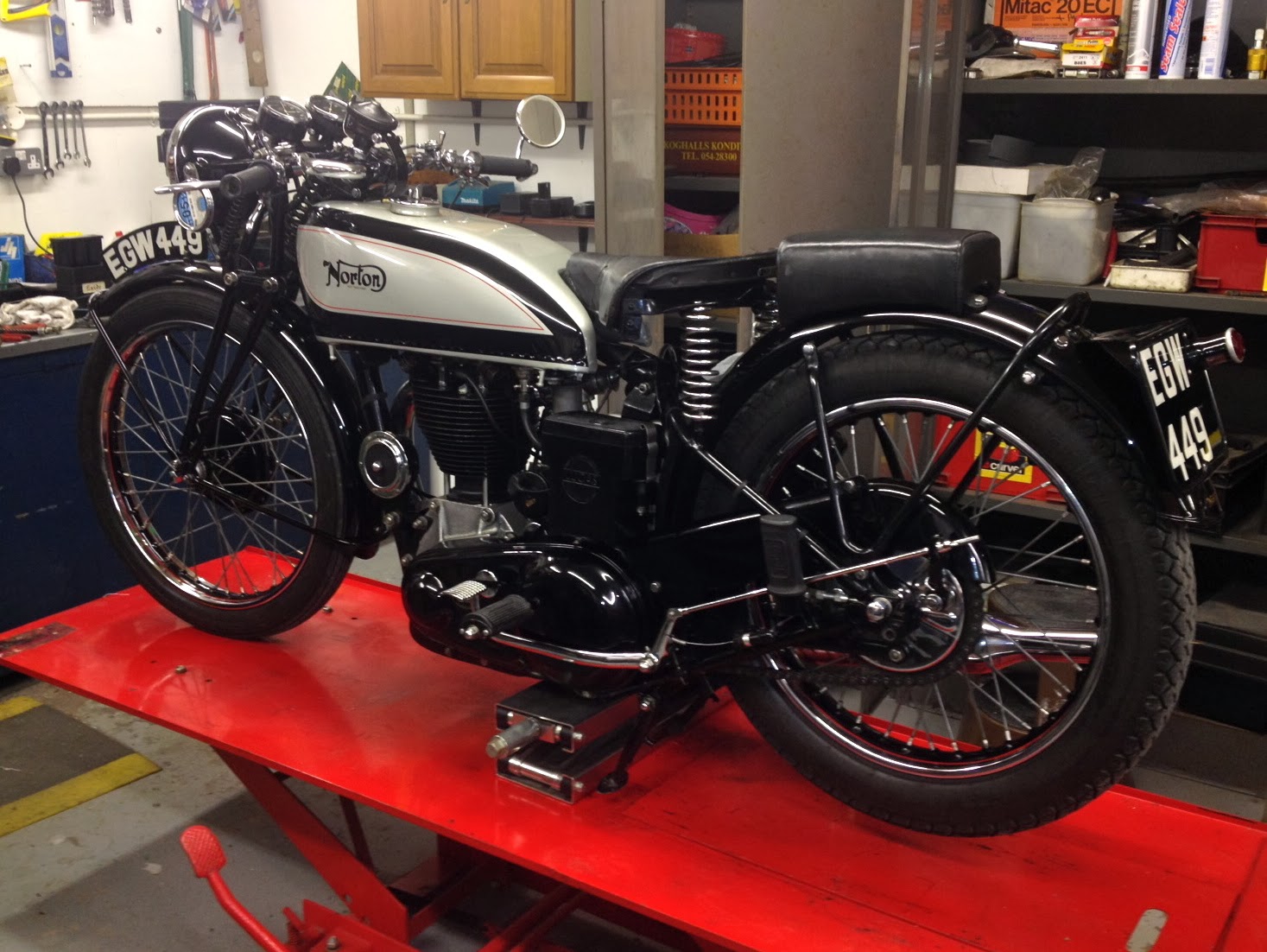 -JdK- Martin Shelley is selling has sold this 1937 Model 30 Norton for an old friend. It is a fairly well known road equipped Inter of late 1937 date. It belonged for many years to Tom King whose brother Alastair is well known in Norton circles for his Manx and TT exploits.

The machine is said to be fully sorted and an excellent runner; the numbers are matching.

-Richard- This bike looks quite original except for a few details. The engine number puts it just on the 1937 to '38 change over and most of the bike looks to date from that time apart from the rev. counter and the 19 inch back wheel rim. The front forks appear to be modified 1946 16H or Model 18. The top steering yolk is not the original for these forks but is similar to the early Inter' type but with the clamps set horizontally and not vertically. Further, the cylinder barrel looks like it has been shortened at the bottom by about 3/16ths of an inch (5mm) or more so there may be some internal engine mods. 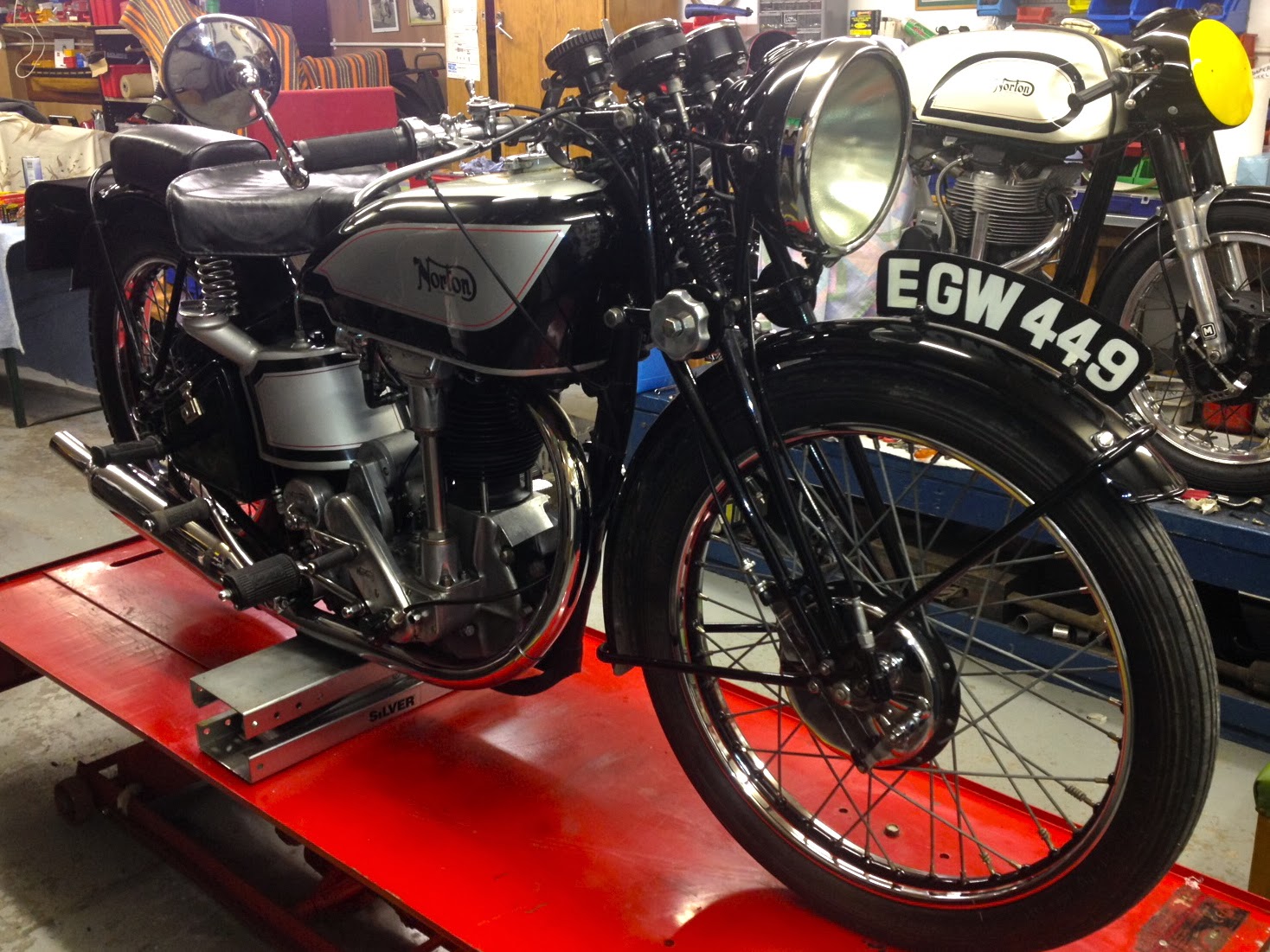 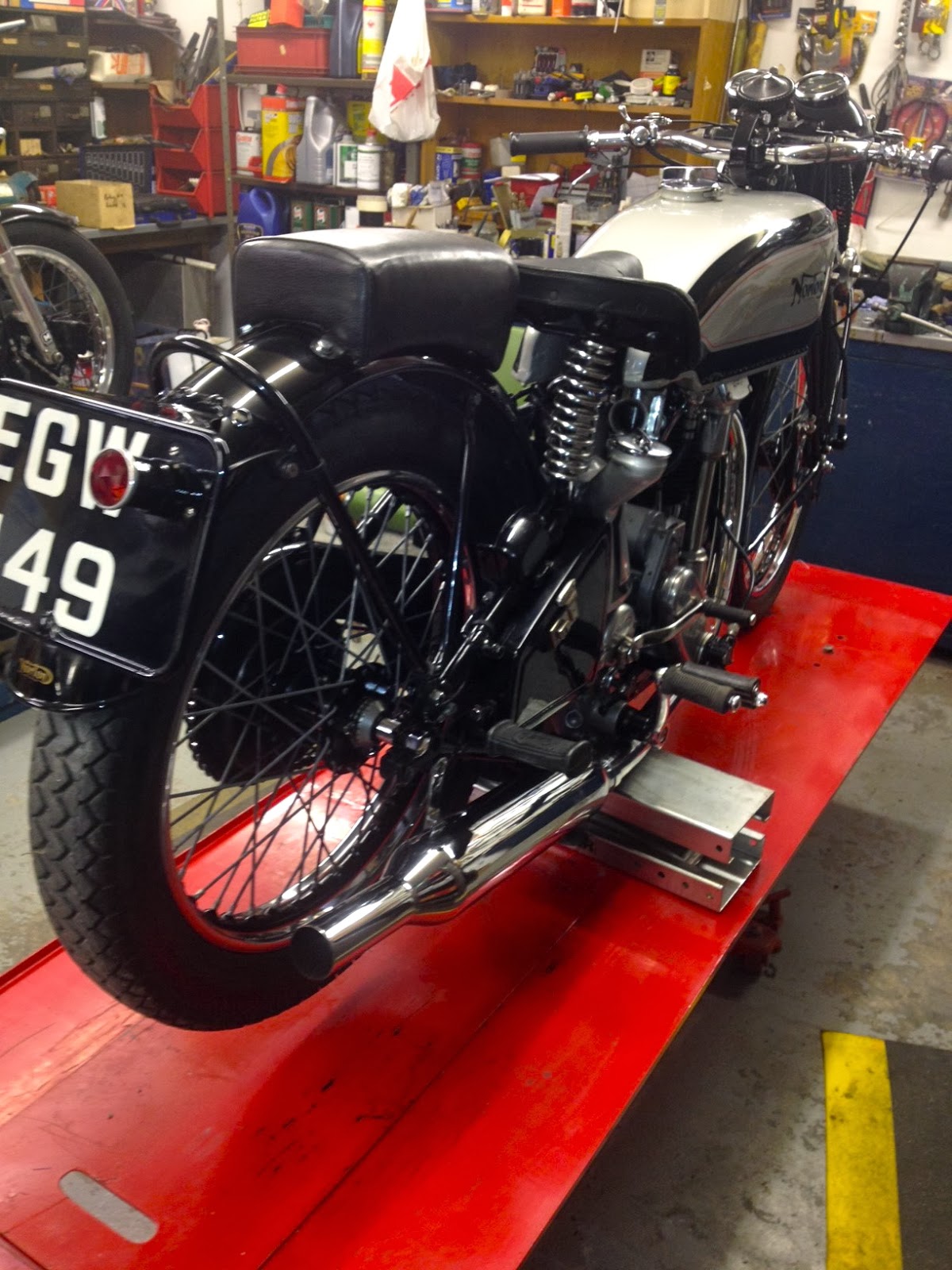