-Paul- I see the discussion on two- and three stay frames for 1930/31 CSI Nortons continues! We have a 1931 CS1; engine, frame and gearbox numbers were checked against the Works records and they are matching. The machine was supplied to a Dublin dealer in March 1931. As you can see (photo below) it is a three-stay frame with an Enfield hub. 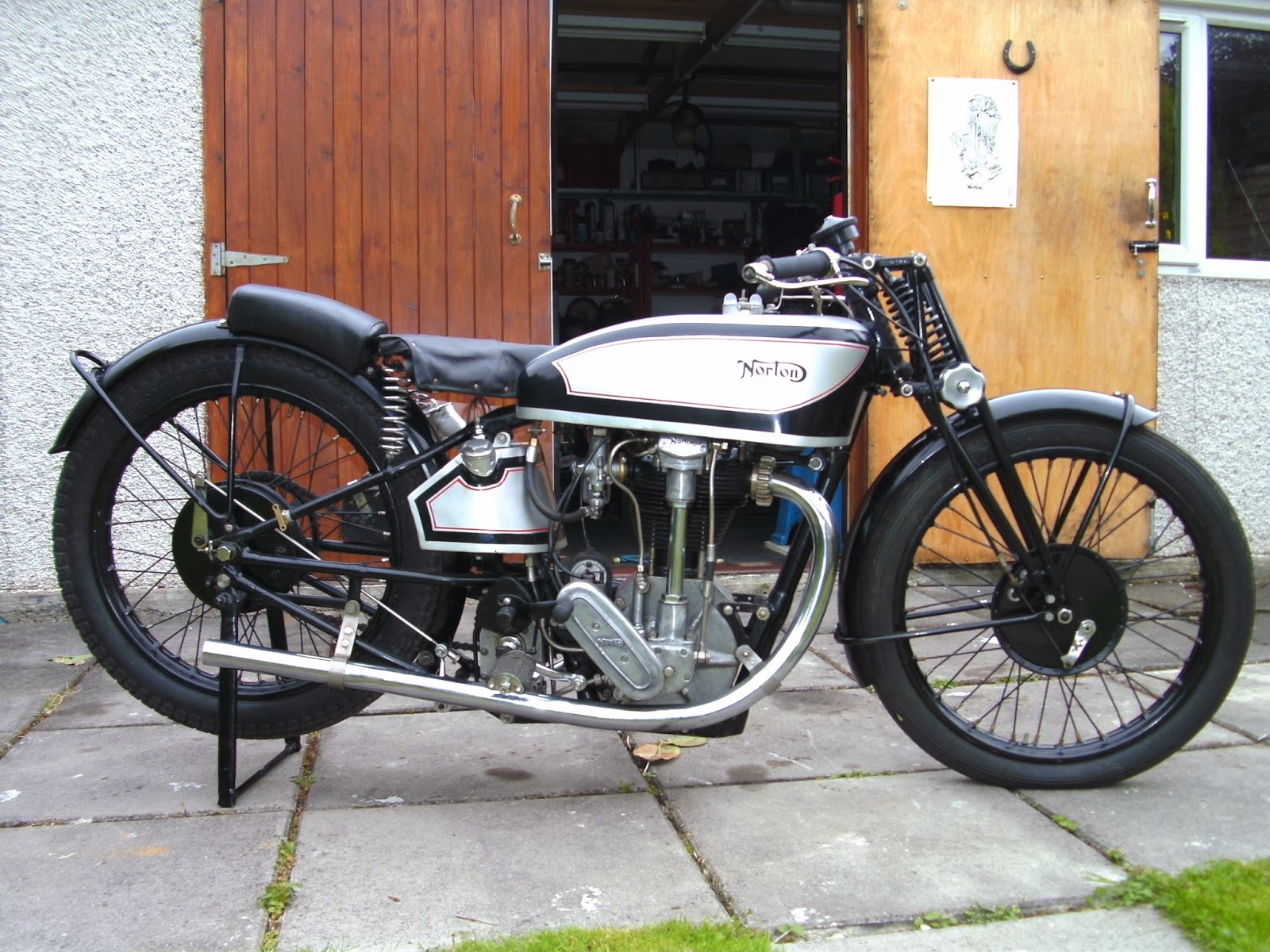 The bike was raced here in Ireland from the 1931 season onwards. We have a history of the bike, previous owners etc. and some race results, which is nice. According to one of the previous owners (now deceased), the petrol tank was replaced at some stage with the replacement made locally by a sheet metal worker; you can see that the bottom edge of the tank is smooth, without a 'piecrust'. My father was given the bike as a box of bits (thankfully the engine was left in one piece) back in the 1970s. He then rebuilt it by the mid-1980s.

-JdK- A very nice example that fits our assumptions about 1930/31 CS1s supplied to regular customers. Interesting to see it still has a horizontal carburettor.
Newer Post Older Post Home