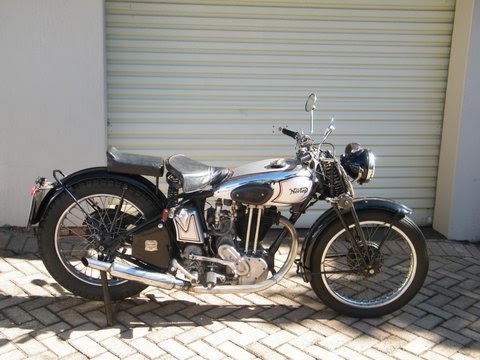 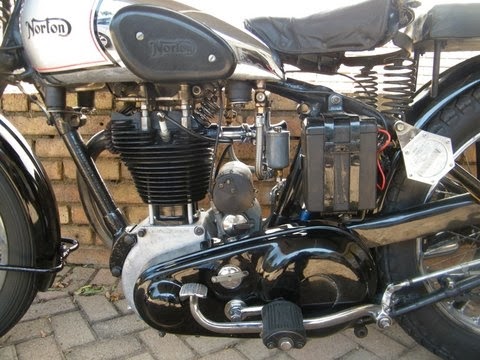 -Tony in South Africa- My brother Jon bought this bike in 2006 from Derrick Heard in Johannesburg. It had stood for 9 years after completing one Durban/Johannesburg rally, a distance over two days of some 650 km. At 6' 5" tall, this was very uncomfortable for Derek so he never rode again. He had purchased the bike from Godfrey Williams in Pretoria who had owned and ridden it for many years. Godfrey had done much of the work on the bike and, as the years have passed and the bike has been ridden, more and more of this work has proven less than successful!

The latest catastrophe is the failure of the rocker box. It had been very badly welded as can be seen in the photograph, compared to the item off my1930 twin-port project. 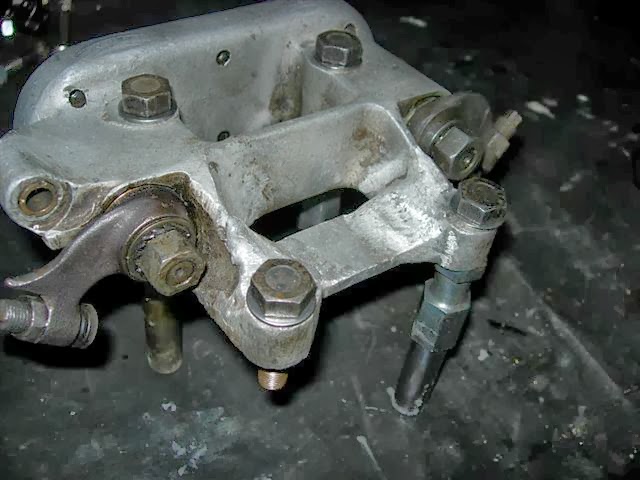 Jon has replaced the rear mudguard and back stand and repaired and painted both the petrol and oil tanks. The push rods were also subject to the poor previous preparation and collapsed so they were replaced as well. We are now appealing for a  rocker box that can be properly prepared and fitted, making the bike a reliable mount again. 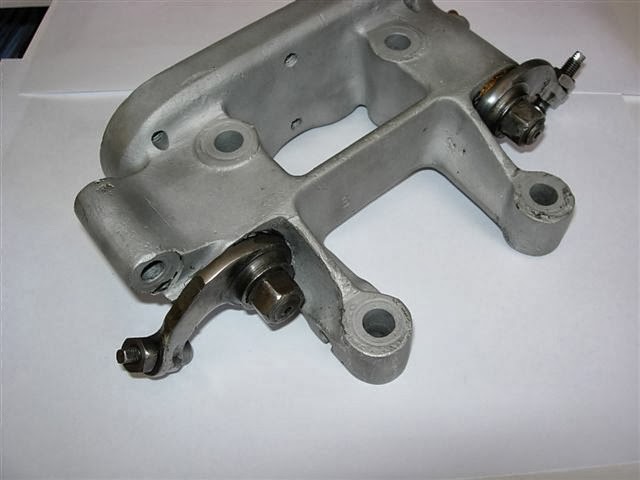