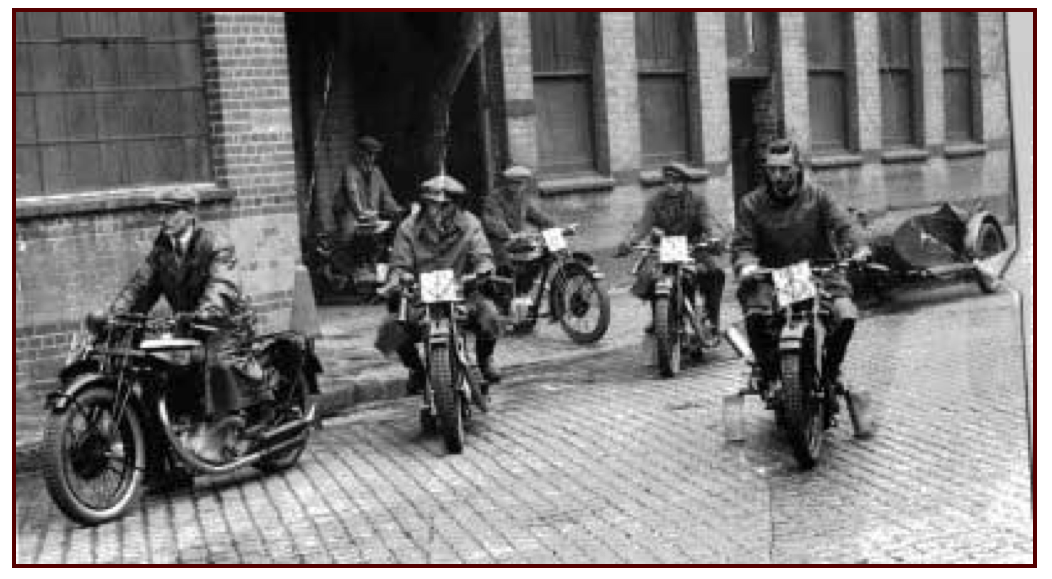 -JdK- An intriguing picture; the quality is awful but one can make out that there are six c1928 Model CS1 or ES2 Nortons in this photo.

Several people have suggested that it is a posed photo of Norton testers and after it was taken the photo retouching chap would have removed the wooden blocks by what ever means was then used. It could be the Norton or Shelley building from which they appear to be emerging.
Newer Post Older Post Home