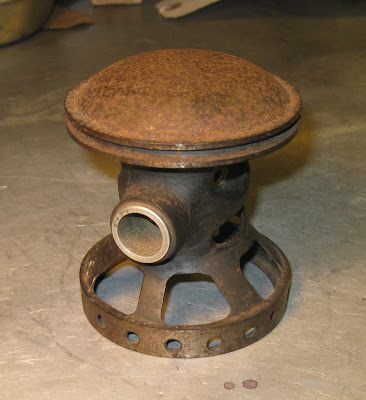 -SG- Many thanks to George Cohen for these two photos of a racing cast iron single ring SV piston; very nice and very interesting - just goes to show what lengths people would go to to achieve lightness and still retain strength - more possible with a cast iron piston.

It was given to George by the son of Ralph Cawthorne. Ralph is chiefly remembered as being the first TT rider to be mounted on an OHV Norton (in 1922) but he was involved in many other speed events as well as running a Norton dealership in Leeds. 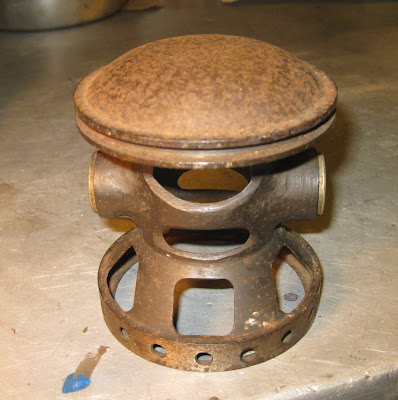 George also advises that Murray Walker - son of Graham - related that his father told him Nortons first used aluminium pistons in the 1922 TT and that proper allowance for the greater expansion rate had not been made. This resulted in frequent seizures and, instead of increasing the piston to bore clearances  (perhaps not too easy to do with limited workshop facilities in the Island), it was decided to revert to cast-iron pistons. And of course, more work was then needed to try and get the balance factor right ...
Newer Post Older Post Home