More on the Gardner engine ...

-SG- In September 2011 we carried a piece about  a special racing CS1 engine supplied to J H S Gardner in September '29. At the time, I only had photos of the barrel, head and cambox but I have recently had the chance to take a few more, of the crankcase this time. These are attached. Points of interest: 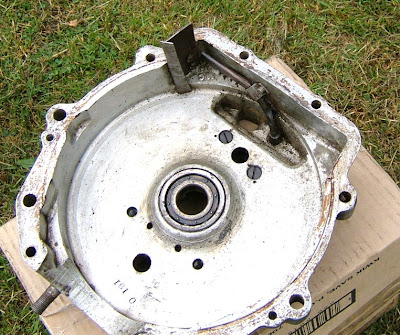 1. The built-in oil return pick-up pipe (the crankcase oil level adjuster present on standard engines is not present in this one). As the oil pump on this engine runs at 1 1/2 times normal speed, oil flow would have been substantially greater and it looks as if this was essentially a 'dry-sump' arrangement rather than what was described at the time as a 'semi dry-sump' system used on production Moore CS1s. 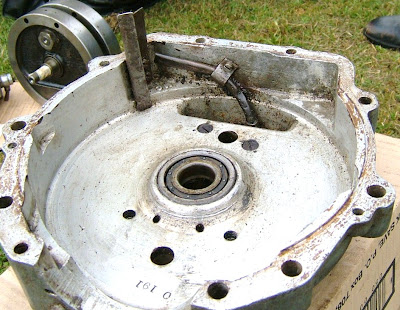 2. The internal scrapers and baffles are clearly visible. Of course, one cannot state with absolute certainty that these were a works fitment but as the owner has seen something very similar in another same period engine with works connections (it comes from the machine once owned by Douglas Lamb, a works supported rider who was unfortunately killed in the '29 TT), it is a possibility. 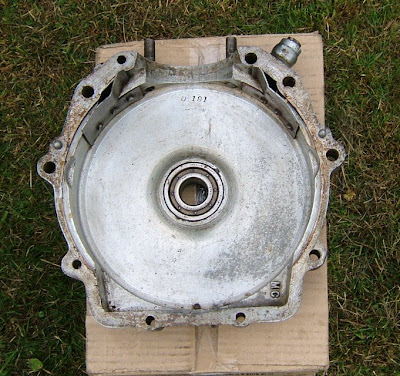 3. The upper rear crankcase stud is of larger diameter than usual (5/16 vs 1/4) as it was partially bored out and, with a suitable union on the end, used to feed  the oil way leading to the annular groove in the lower barrel (see previous entry). The oil exit point on the rear on the crankcase mouth is clearly visible. It has not yet been established from which point an oil feed was taken to the rear crankcase stud/union but almost certainly it was tee'ed from the cam box feed. 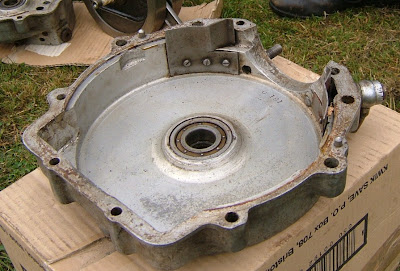 4. The oil unions on the timing chest, while still 1/4 BSP thread, are of a type to take flexible pipes of larger bore. 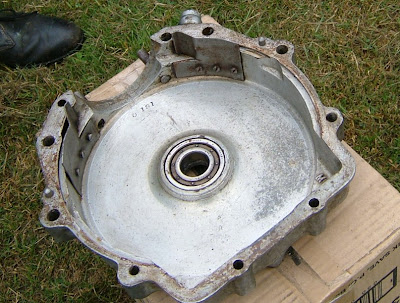 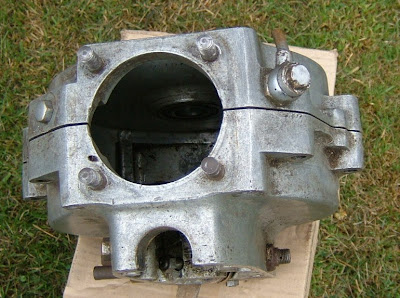 As I think we mentioned before, the flywheels look to be standard - just about the only thing that was on this engine!
Newer Post Older Post Home