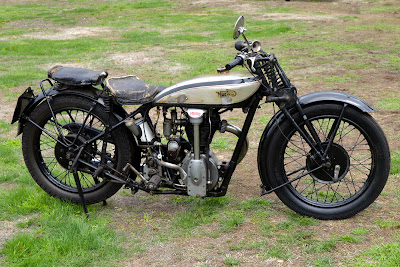 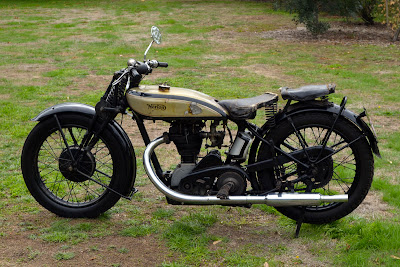 For sale, a very nice 1929 Model CJ Norton. The bike may have been raced and some time in the 1950s it was given to a Theo Van Alkamade by one of his neighbors who passed the bike on to the present owner.

-SG- The bike is a bit of a mixture. Engine number CJ1228 (now fitted) was originally fitted to a CJ with standard DESL (Druid Enclosed Spring) forks and frame number 38309. Gearbox number was 159370. There is nothing to show it was anything special - just a standard CJ dispatched through TKM (Tozer, Kemsley and Millbourn, the export agents) to Australia on May 25, 1929.

Norton did not start delivering the CJ and JE models until April 1929. There were no production CJs or JEs sold in 1928 although they would have assembled a couple for the Olympia show in 1928. Both CJ and JE models had identical frames and DESL forks when in standard trim. A few CJs were supplied fitted with Webb forks, mainly for racing. A previous owner must have fitted the Webbs at some later point in the bike's life. Further it has been fitted with the rear wheel of a 500cc model - hence the 8" brake. Production CJ/JEs had a 7" rear brake, still with an Enfield cush drive hub. 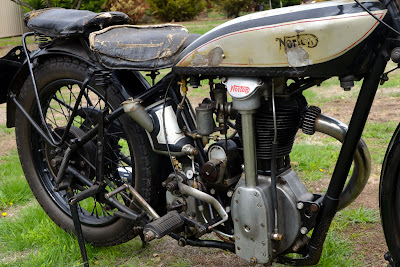 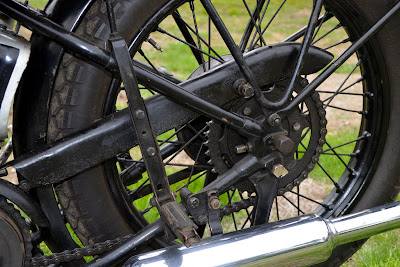 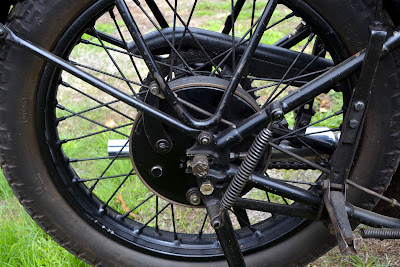