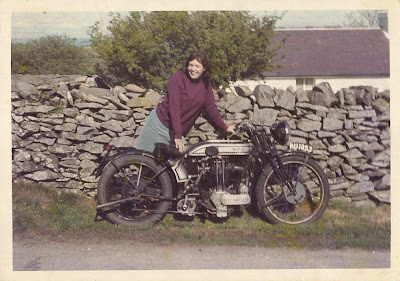 Another old photo of Martin's Model 25, a Norton that featured earlier on these pages. The photo was taken circa 1967. The Norton was sold in 1970.

Martin: "RU1853 is still attached to the Norton and records show it was first registered in August 1925. Strange to think its still out there somewhere, I hope its still being ridden and is not just a museum exhibit, I travelled many miles on it back in the sixties and for a period it was my sole means of transport. I would love to receive any news, particularly present whereabouts!"
Newer Post Older Post Home