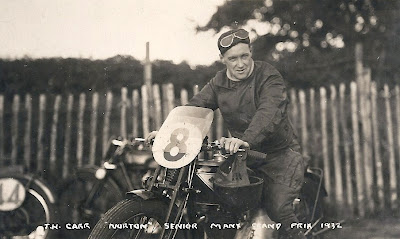 -Tim- This is Jack Carr and his Norton at the Senior MGP; Carr came first on a New Imp in the Junior of that year.

-SG- This looks like a 1932 Model 30 International and not his 1930 CS1. He rode in various MGPs and the Amateur - see list below. Like various other riders he was disqualified in 1929 but did fairly well in later years. He had plenty of money as he also had an SS100 used extensively/successfully for sand racing. 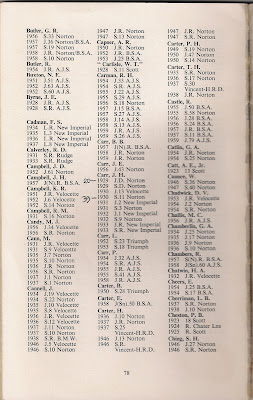