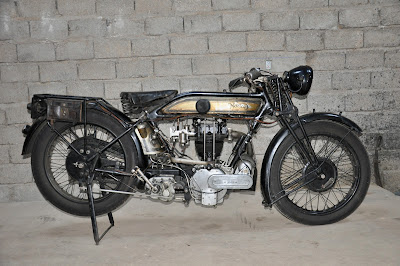 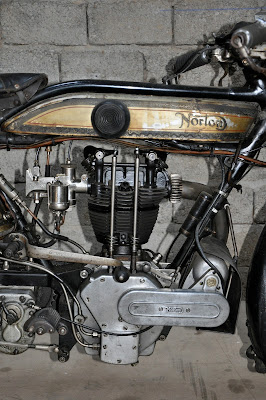 Contributed by a private collector, a few photos of his very nice and rare Model 21 Norton. 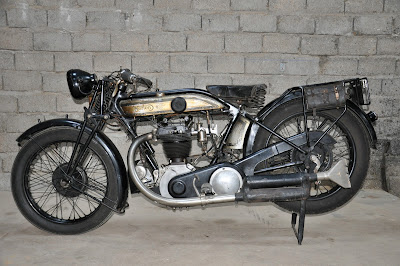 -SG-  The Model 21 was basically a drysump version of the Model 18, incorporating the same oilpump as the short lived Model 25. Few Model 21s were produced and it remained in production through to 1930. The engine differs from that of the Model 25 by having the regular cast iron flywheels (albeit with drilled timing side mainshaft/flywheel etc for the big end oilfeed) instead of the steel type used in the Model 25. Cams in the Model 21 were standard (but, for that matter, not that many Model 25s were fitted with the racing cams).

This Model 21 has matching frame and engine numbers. Originally the carb would have been a Brown and Barlow. Tyres are listed as 3.25 x 19. Webb forks, Magdyno and a 17T engine sprocket. Shipped to Demont Freres, Switzerland on 17/2/28. Someone did put a hand oil pump into the oil tank at one stage.
Newer Post Older Post Home