-SG- The recent Founder's Day event of the VMCC had a few Vintage Norton items in the autojumble. One stand had a slightly battered but otherwise complete 1930 Model 18 engine on offer at £2000 while the same seller also had a 1930 tank change CS S-A box complete with clutch at £500, which I think sold. Judging by the state of the final drive sprocket it had done a high milage and was probably from the same bike as the engine. 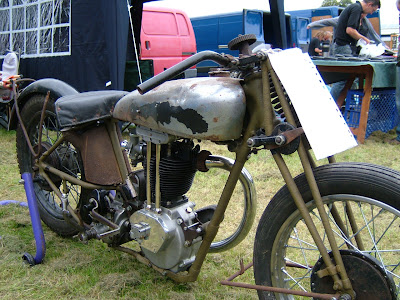 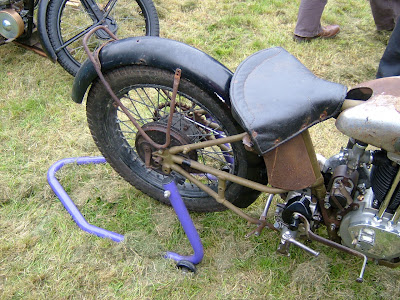 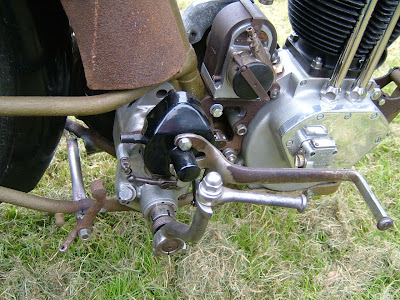 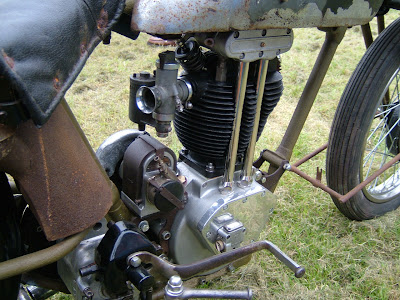 Elsewhere was a 1930 Model 22 project - see photos. This looks superficially to be quite a good bet though not cheap at £7500 (dropped to £6500 by the time it was shown at Netley Marsh on Friday last). The forks are standard rather than correct TT type for this model. The front wheel is correct although with signs of a bodged up spindle. The engine no longer has a twin port head and matching barrel but has a Model 18/ES2 top half. The gear box is a four speed type IV from about 1932. The rear wheel has correct brake drum and incorrect final drive sprocket. The rear brake plate is incorrect. The tank appears to be standard Model 18, has no gear change gate (usually Model 22s had tank change) and has wrong filler cap. All in all, a lot of work needed but opportunities like this are, I guess, few and far between... Incidentally, the engine number is 2 different to the c/case/flywheel assembly I have owned since 1956. 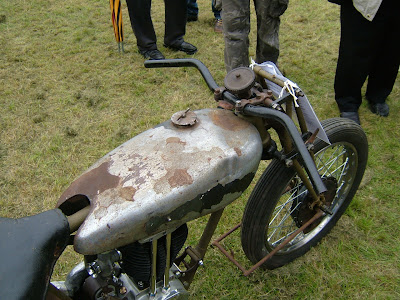 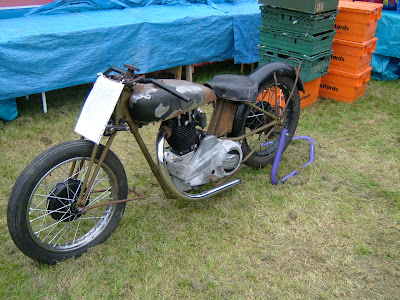 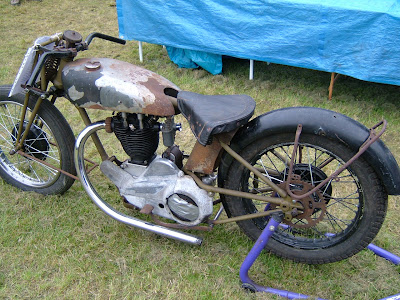 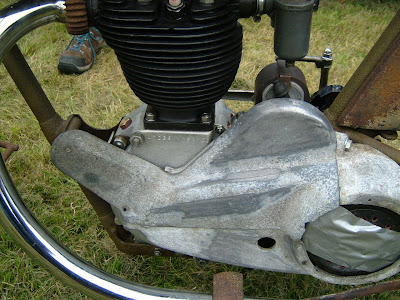