A few blogs ago I reported on Rob's latest purchase, a Model 40 International. A few days later I was contacted by Marcel, a nephew of Ko Konijn who was the previous owner of Rob's Norton and this is Marcel's story: 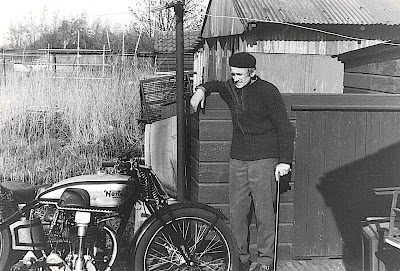 "When I saw the blog last Saturday, I immediately recognized the 1932 International in the pictures! It used to belong to my late uncle Ko and the last time that I've seen and used it was in early 1999. Ko (in the pictures above) bought the Norton in 1966, in Turnhout, Belgium. When Ko bought the Inter it had been used on road and quite a few parts had been changed from standard specification (like the later gearbox with the kickstarter). Ko did persuade the vendor to include the original racing parts in the deal and when he got the bike home he had it rebuild and he fitted the original parts to bring it back to racing specification. He did not touch the paint or chrome however. 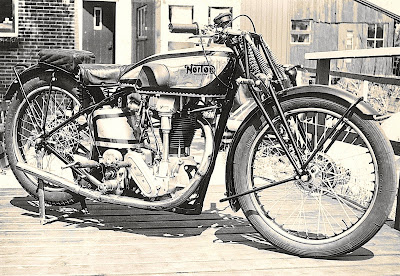 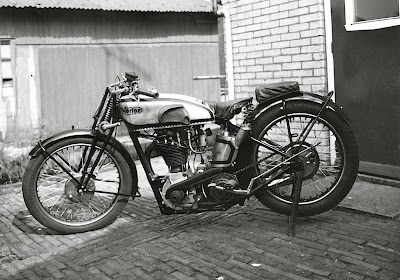 As Rob mentioned already, Ko was passionate about his Norton collection. His Nortons were all over the place and the Inter was stored in Ko's house together with his other motorcycles; because of Ko's bad health he could not ride his Nortons. 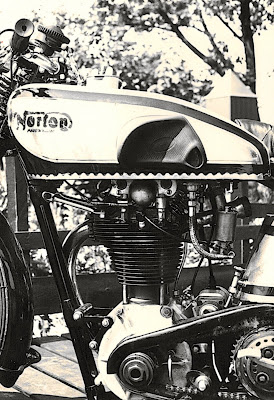 After Ko passed away, his Nortons were not sold as suggested before and most of them are still in the family, though no longer under one roof. Rob's Model 40 and a 1924 Model 16H are the exceptions; they were inherited by a family member who did not care too much about old motorcycles and these two were sold off. It's good to see that the Model 40 is in the hands of an old friend of Ko now and I hope that Rob will enjoy the bike and take good care of it; it's something special as Ko would have said. My brother and I are Norton enthusiasts too, and like in Ko's house, the Nortons are gradually filling up the living room and the hall. This year, I graduated as a goldsmith, and as a masterpiece I made a Norton in silver (below). In many ways, Norton fills our lives. Regards, Marcel" 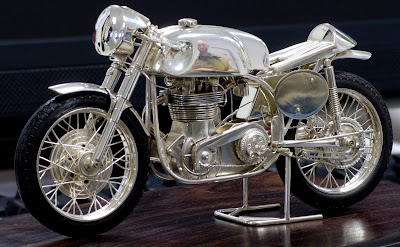