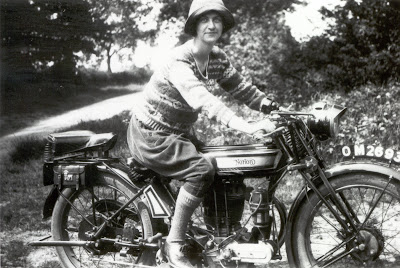 This is Barbara on Laurie's 1925 Model 18 Norton. The OM2693 registration was issued between November 1924 and September 1925 by the Birmingham County Borough Council. The motorcycle looks brand new though the passenger footrests and saddle are very similar to those fitted to their 16H.

The photographs were sent by Barbara's daughter Judith Taylor. The photo below depicts Judith in 1954 with her Vespa in Geneva; read the whole story by following this link. 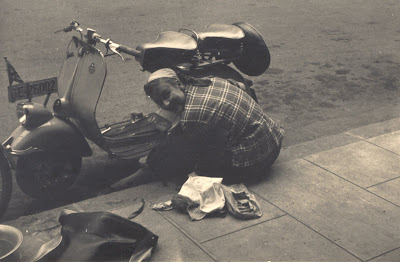