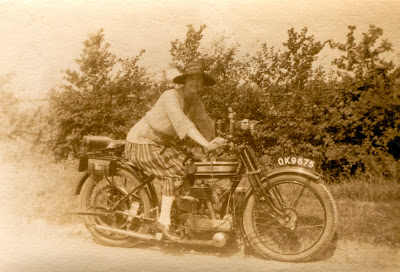 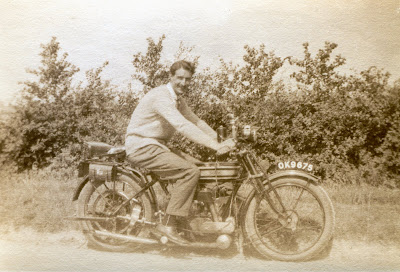 These magnificent photographs were sent to me by Judith Taylor and they depict her parents on their 1923 16H Norton. Judith: "Regarding the motorcycles, I don't think that there is much of a story really. My parents (Barbara and Laurie) would have been engaged at the time. My father was always a keen enthusiast for 'wheels', but probably could not afford a car just then. My mother always said that she did much of her courting on a motorbike"


Registration OK9675 was issued in Birmingham between January 1922 and July 1923 which confirms my guess that the Norton is a 1923 model. The 16H looks quite new in the picture below. The thing protruding from the top of the handlebars is almost certainly a personal mascot; a doll, gnome, pixie or even a policeman as it seems to be wearing some sort of helmet! 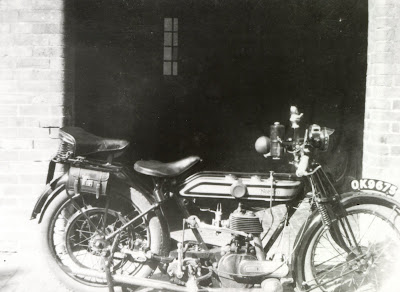