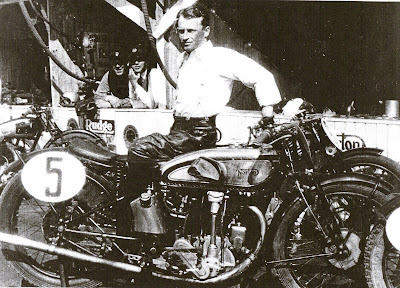 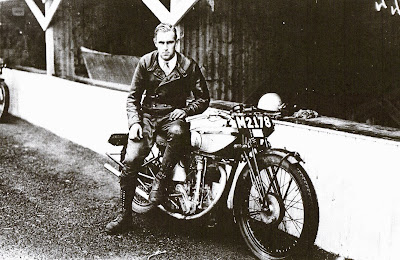 From Simon: "Here are a few more photos of this historic machine. The first shows A. Nystrom with it in 1931, the second shows the new owner Rolf Gullick, after it was sold by the Nystrom firm in 1934, while the third shows it receiving some frame surgery in 2002. 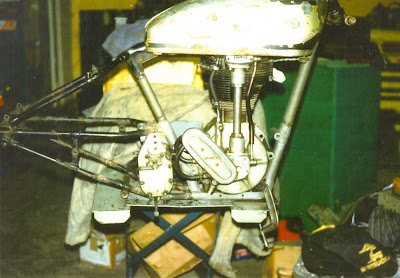 This last shot is quite important: here we have a machine of September 1930 with a downdraught head and flange mounted carburetter. I don't think the head comes from a later model. First, Woods' 1930 Ulster GP winner had down draught carburetter and coil springs. Second, because of the 'intermediate' dimensions of cylinder studs, cam box etc. of the early Carroll engines, it was not possible just to fit a later head and/or barrel. One really had to change the whole engine.
Note too the strange gearbox end cover with the unusual (for Sturmey Archer) clutch wihdrawal mechanism. This style of box also appeared in Lacey's '30/'31 Brooklands mounts and was almost certainly still a three speed unit."
Newer Post Older Post Home