A contribution from Reece in New Zealand, a true Norton enthousiast if ever there was one! 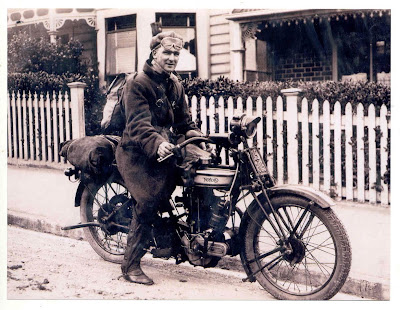 "Vintage Nortons are a real passion of mine and maybe more of an obsession! This is my December 1925-built Model 18, really a 1926 model. I bought this M18 basically complete but in pieces when I was 18 years old, about 20 years ago; Jeff, Don and myself restored it over a period of just three months to have it going for a national bike rally in New Zealand. The bike has been well used over a period of 15 years by a lot of people, never breaking down. Some people don't like the touring bars that were already fitted when I got it but it is so comfortable so I'll leave it like that. The open pipe works a treat! The original B&B carburetter that was fitted surged terribly at about 55 mph but the carb now fiited shoots it up to 70 mph easily. 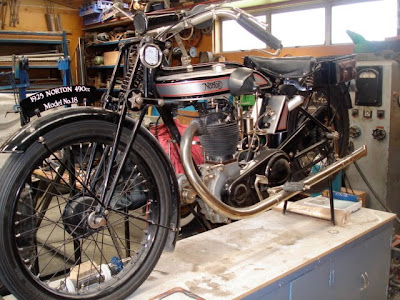 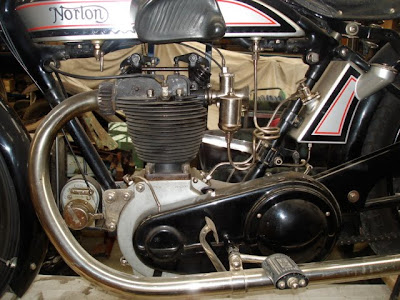 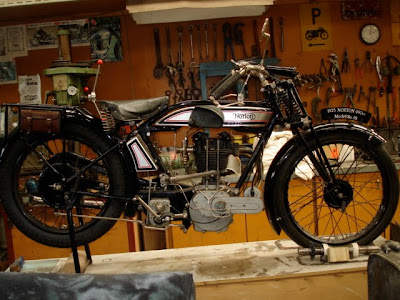 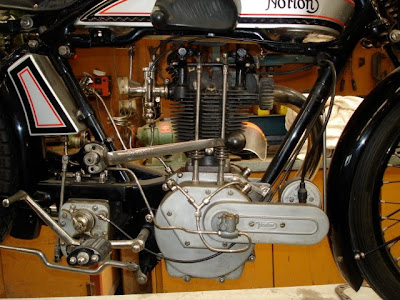 The black and white photo on top may be my bike early on in it's life; and yes, I do still have the tank mounted Bonniksen speedo."
Newer Post Older Post Home