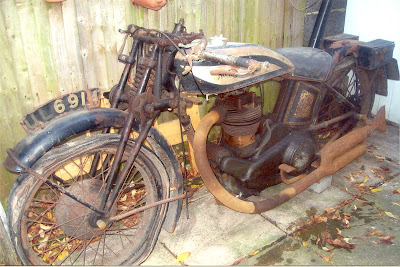 Alf inherited this Norton from a friend who had a collection of motorcycles that had not seen the light of day for over half a century. The collection included a pre-war Vincent HRD, an SS100 Brough Superior and this 1929 CS1 Norton.

The CS1 was designed by Walter Moore. The bike was very competitive in the 1927 season but troubled by reliability issues in later years, resulting in Moore leaving for NSU, taking the design of his engine with him. The “Moore-CS1” was thus produced for three years only and few examples survive. This CS1 is in touring spec with a speedometer in the petrol tank, a full electric lighting set and ‘’D-section” mudguards. 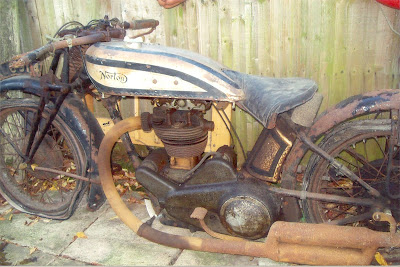 What makes this CS1 special is that it has hardly been touched. The foot pad on the rear brake pedal is unworn, the sprockets look factory fresh and the speedo is showing just over 6000 miles. Further, there is a road tax disc holder on the machine containing four discs; two for 1929, one for 1931 and another one for 1931 for the Isle of Man. What happened to this bike is anyone’s guess but the valves are missing from the engine so it may have suffered a serious mechanical breakdown early in life and ended up in the back of a shed to be forgotten and ignored for almost 80 years. 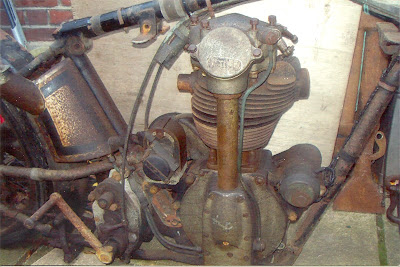 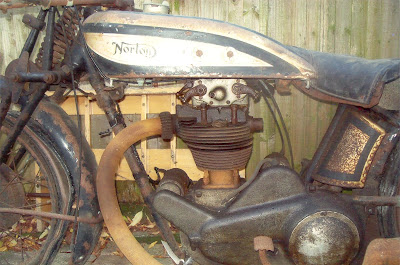 The CS1 is almost complete with just the saddle springs, carb and the footrest tubes missing. It still has the original exhaust pipe, twin barrel silencer and fishtail. The rotted tires are as hard as iron and the wheels are very rusty and unsafe for further use. There are severe rust patches on the mudguards, frame and tanks but the oil tank is still filled with Castrol R. 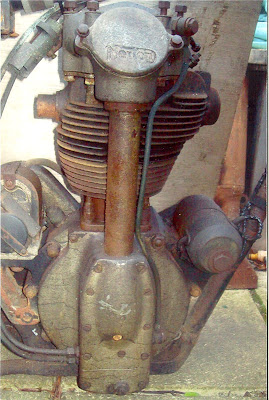 Very few photographs are available from when these machines were new, and no one knows what they looked like exactly when they left the factory. Few CS1s have survived and invariably they have been rebuilt, based on whatever parts were available and the owner’s ideas about what they should look like. Alf’s bike provides a unique opportunity to finally decide on issues such as which parts should be painted, plated or chemically blackened. One issue has been solved already; for decades people have been arguing about whether the silencer ends should be in steel or aluminium and current reproduction ones are in aluminium. The rust on the silencer ends indicates that they should be in iron.
Newer Post Older Post Home