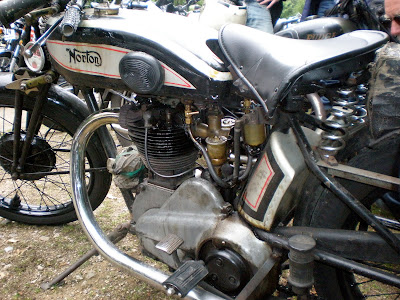 A CS1 Norton as we like to see them - being used as the maker intended! Most photos were made at a stop during the 2008 West Kent Run.

The Binks carburetter with the twin float bowls is a very nice detail. A rusty tank may be the reason for the petrol filter below the saddle. The clutch looks a bit modern to me and the 'box has a positive stop mechanism fitted. 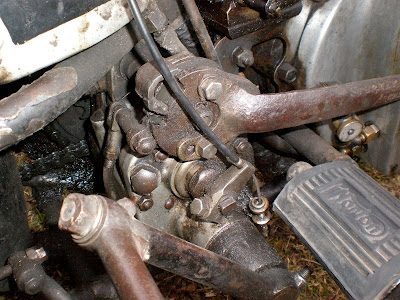 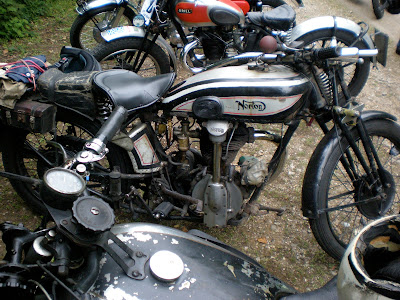 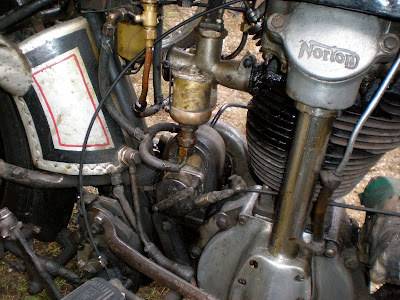 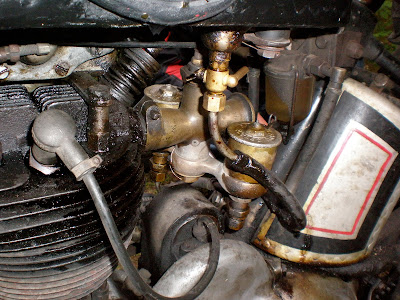 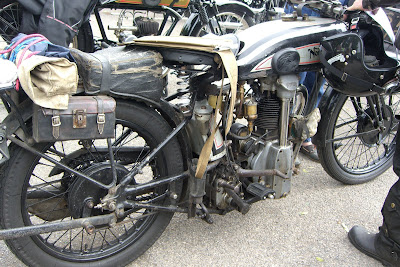