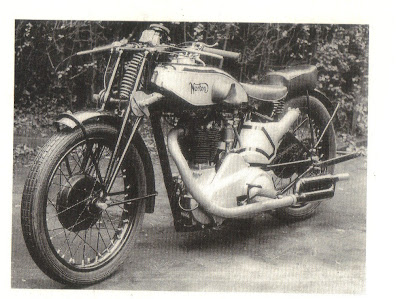 From Simon's archives: This reputedly is an ex-works 1927 ES2 racer (except that Norton did not use the ''ES2" type number as early as June 1927) that was restored by the late Wilf Green - a Yorkshire character if ever there was one.

The first OHC CS1 racers designed by Walter Moore were put into competition in 1927. Norton was being cautious to have an OHV version of the racer available as a backup.
Newer Post Older Post Home